Making a Watch Out of a Watch: Round 2! A few months ago, I made a DIY post in which I showed the steps to turn an old watch, that I never wore and wasn't too fond of, into a creative new watch with a hand-wrapped copper band.

It was a fun project and it came out alright, but--as I mentioned at the end of the post--it was really too clunky to be practical. So as promised, I took it apart and started over again with that same watch face. I went for a different style this time, and I really like how it turned out.

DIY! Make your own watch Cut of the Old Watchband 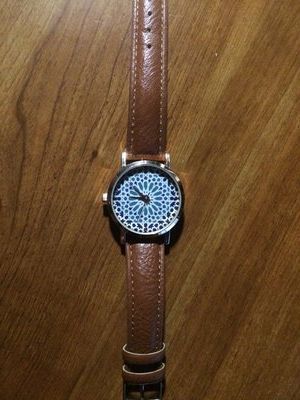 The first time, I kept these two small metal bars on. This time however, I just ditched them entirely--partly because I wrecked them while dismantling my last watch, and partly because I didn't end up finding them to be that useful.

This was probably the trickiest part of the whole process, just because you have to take great care in holding the thick 12 gauge wire in place while using the 22 gauge to secure it to the watch face. The 12 gauge wire is quite thick so it is difficult to bend it into the small semi-right angles that I was trying to push it into. See the pictures below for some visuals on where I placed the wires. 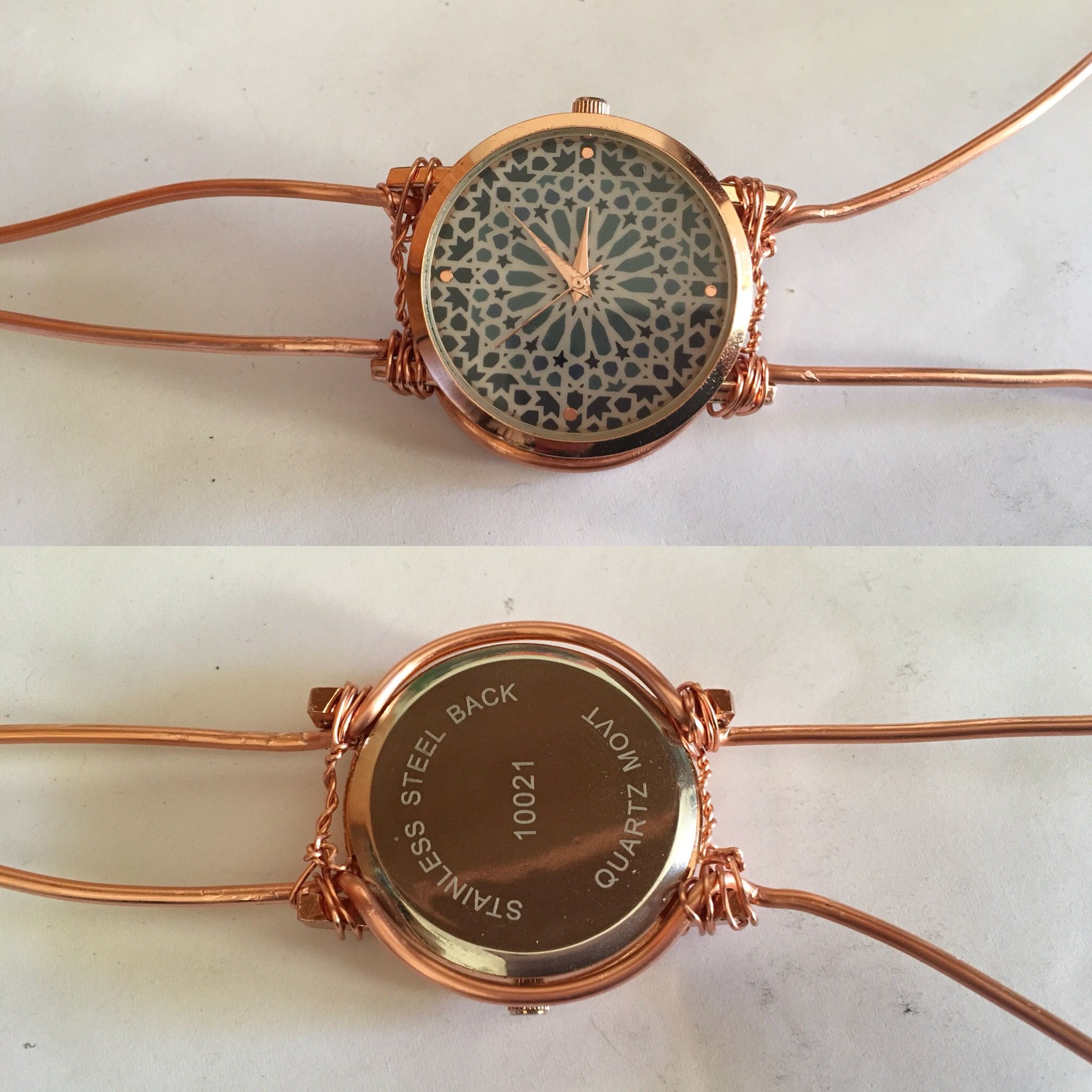 Next, I straightened out me twelve gauge wires. I just used my hands for this.

After the frame is straightened out, you need to figure out how long it needs to be, according the the size of your wrist. This has been a bit of trial and error for me. You can measure yourself with a measuring tape, but remember your watch will not sit skin tight, so it will need to be bigger than that. You will also need to leave enough of a gap at the bottom of the watch to fit your wrist through sideways (like you would with any metal cuff).

For my watch, I bent the wires into the swirls you see at the ends. However, I didn't bend them together very tightly or securely. That way, I had some wiggle room in case I needed to adjust the length. Then, I shaped the frame into a curve to go around my wrist. 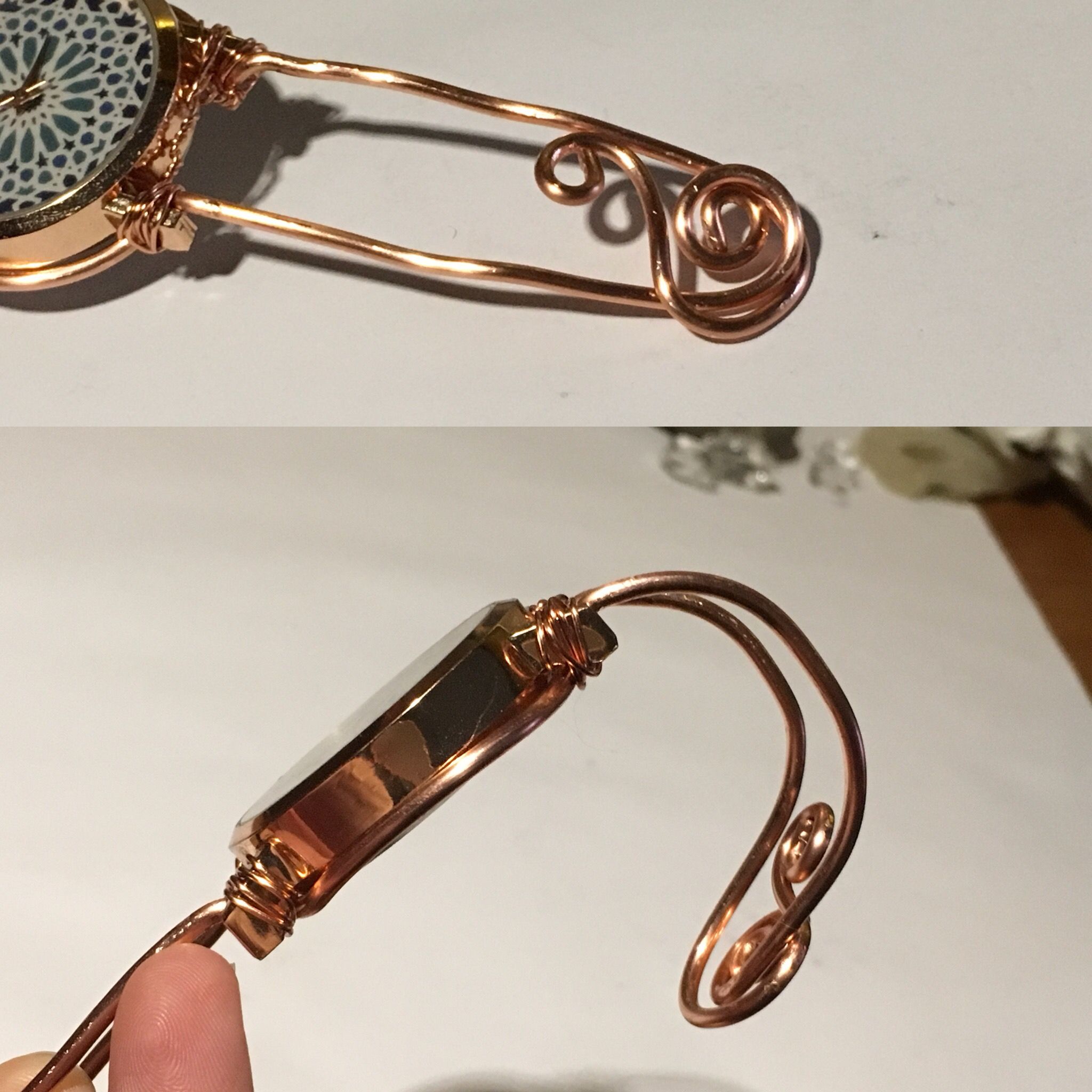 Getting the shape just right takes time. Just keep gently working the wires until you have the shape you need.

At that point, I had a fairly sturdy frame and it was time to use my 22 gauge wire again. I used it at the ends to decoratively secure my frame wires together. Securing these was very important, because they were only loosely holding each other in place and I knew that wouldn't hold up for long.

I also used the 22 gauge to embellish the band up near the watch face. This didn't really serve a structural purpose, I just wanted it to look a little nicer. This is the fun part where you can create whatever designs you want. I just made simple rows of small loops. I could continue this design down the whole band, but for now, I like it where it is. 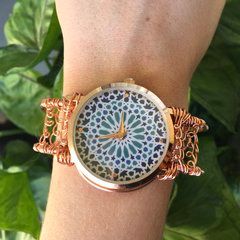 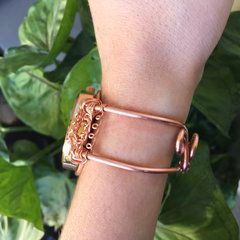 I'm very happy with my new design. The only drawback is, because of the placement of my frame wires, I can't get the watch apart in order to replace the battery. Unfortunate, considering the battery has just died and I did not realize it until it was too late. Haha! Oh well, it was very fun and perhaps I will think of a way around it with my next design. But keep it in mind if you want to make your own. Replace the battery first! XD

By the way, here is the link to my old post, in case you are curious:
https://steemit.com/creative/@arinfinite/creative-exercise-making-a-watch-out-of-a-watch

My jewelry is available at Etsy.com/shop/ARInfiniteCreations
Accepting Bitcoin, Litecoin, and Steemit
creative diy creativity art fun
2년 전 by arinfinite53
$5.79
9 votes
댓글 남기기 3
Authors get paid when people like you upvote their post.If you enjoyed what you read here, create your account today and start earning FREE STEEM!
STEEMKR.COM IS SPONSORED BY

This is such a gorgeous idea! I may have to try this or get you to start a business and sell it to me. Haha great post!!

Thanks! And actually, I do have a business! Haha. If you ever want a watch made for yourself, let me know on steemit or with a message to my Etsy shop (etsy.com/shop/ARInfiniteCreations) and I can make you a custom order :) I accept Steem, bitcoin, and litecoin as well as conventional payment methods.