It was an obvious jibe at Hathurusingha but one that also got Halsall’s point across. Players play a far greater role in the outcome of matches and they are the ones who execute the coach’s plans.

Hathurusingha will have his own plans for the match against Bangladesh but Bangladesh’s experienced players like Tamim Iqbal and Shakib Al Hasan will have the opportunity to take the field and affect the result. Coaches do not score runs or take wickets.

“Chandika is a very good coach but as we saw last night, its Tamim Iqbal who scores the runs and Shakib Al Hasan who takes wickets. Chandika can’t score runs or take wickets,” Halsall suggested when he was asked to comment on the Sri Lankan head coach.

The players are enjoying the game and are buoyed by their opening-match performances against Zimbabwe yesterday. Halsall pointed out that the Tigers are smiling again, a smile that was fading after their disastrous South Africa tour.

“Really pleasing to put in a performance which I think you can tell by this morning and going back to the hotel last night made everyone smile.

“So that’s the most pleasing thing. They are a very proud group of players and they really enjoyed playing for their country,” Halsall reiterated. 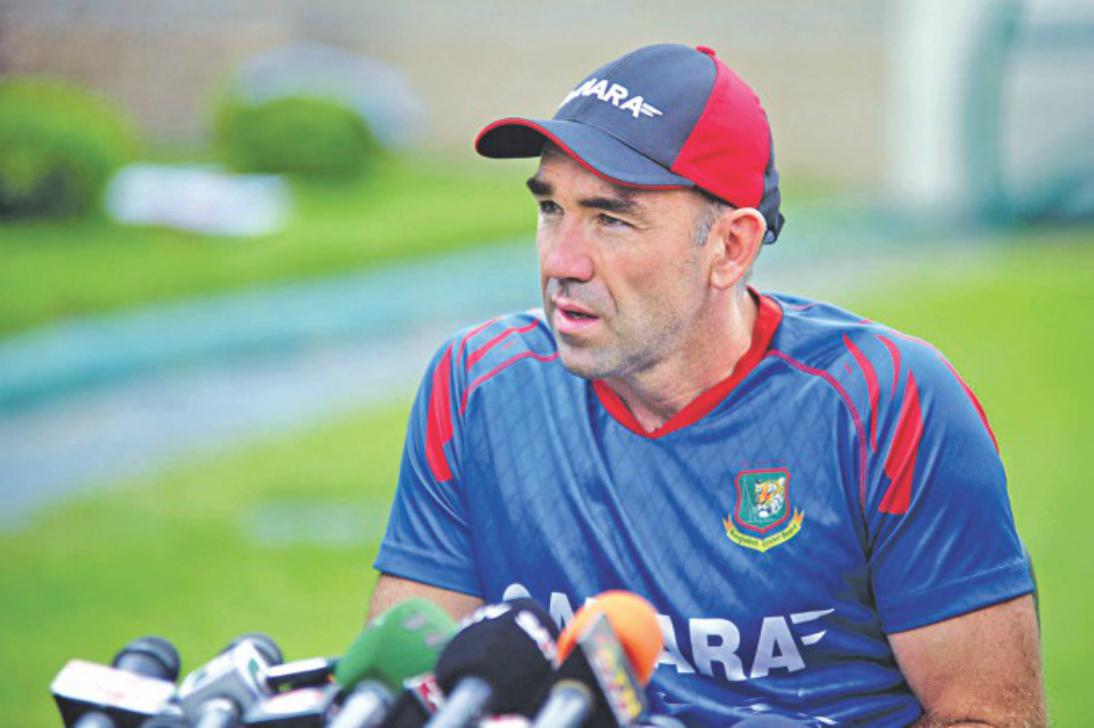 cricket bangladesh icc international global
2년 전 by sabbirrahman25
$0.00
댓글 남기기 1
Authors get paid when people like you upvote their post.If you enjoyed what you read here, create your account today and start earning FREE STEEM!
STEEMKR.COM IS SPONSORED BY