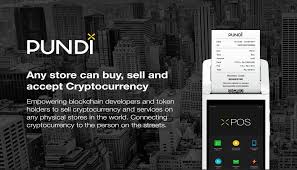 The Pundi X ICO pre sale has just started with their website lready showing impressive sales of over 17 Bitcoin and 2000 Ethereum.
https://pundix.com


What is Pundi X?

The new decentralized platform hopes to simplify cryptocurrency for users and make it much easier for them to make purchases. They plan on distributing 100s of their 'point of sale' smart devices to retailers so that they can accept payment with their new token, this will lead to lower transaction fees for the retailer.
They state in their whitepaper that they're aiming to be the Walmart of blockchains by allowing users to easily sell their cryptocurrency on the new network.
They hope to be the biggest decentralized offline cryptocurrency sales network. As with all cryptocurrencies Pundi X will run on the blockchain which will record all transactions. By distributing their point of sale systems to offline retailers they hope to make offline purchases using cryptocurrency much more common.

The team behind the new platform will start distributing their new POS devices in Indoensia, the largest country in South East Asia.
The new device will allow users to either purchase their new token directly or to use the cryptocurrency that they already have stored in their wallet.
The POS will be a smart device that is connect to the Pundi X blockchain that runs on the Ethereum network.
The team behind the project believe that their new device will have many advantages over Bitcoin ATM's:

They say that the rate of growth they can aim for will depend on the amount they raise from their ICO, saying that if they manage to sell 35 million tokens then they'll aim to have 100,000 devices distributed in the first 3 years. Once they've reached a total of 50,000 devices in Indonesia they will then expand into out Asian countries such as Thailand and Malaysia.
They also hope to form partnerships to target the rest of the world.
One of the reasons they're targeting South East Asia is due to the fact that 73% of people still don't have a bank account in the region.

The new device will allow users to make payments with any ERC20 token. Developers will also have the option of setting different transaction fees in different countries.

The token behind the project is the new PXS token. Investors in the project should be rewarded with the growth of their investment as the project progresses.
The token can also be used as 'gas' to make transactions and ads in the new ecosystem. People who want to use the new system will have to buy the new token which should increase the price.
The ICO sale will be distributing a total of 30% of the available tokens. 20% will go to investors. 70% of the tokens will be distributed to users who hold the token, offering an incentive for investors to keep out of their asset.
Token holders will also receive discounts when they use the new devices.

The team behind the platform is based in Jakarta and Shenzhen with Jakarta being their management and operations center with 15 staff and Shenzhen behind their R&D centre with 14 staff.
The team already have a lot of experience in the market, coming from 'Wokoworks' that has already developed many successful apps in the area.
They will be using their 'pundi-pundi' system that already has 20,000 active users to help promote the new project.

The team behind the project looks strong with them already having a lot of experience in the same field. Their goal is very large and if achieved should certainly see an increase in the token price. Their goal is ambitious but with the a lot of funds hoping to be raised in the ICO they should get off to a good start.

crypto cryptocurrency ico bitcoin investing
3년 전 by dan9063
$0.00
5 votes
댓글 남기기 12
Authors get paid when people like you upvote their post.If you enjoyed what you read here, create your account today and start earning FREE STEEM!
STEEMKR.COM IS SPONSORED BY

I got into their ICO and have strong hopes for their product. My only concern is that they talk about getting people to buy products using crypto whereas right now there is not that strong a demand for that. Most people buy crypto speculatively, or as an investment.
That's why I said in their chat that they should try to get devices near financial institutions so that people with money can buy crypto super easily.
Also note they already have a device in a coffee shop in Singapore, I think they will not start only in Indonesia although this is likely to be where they start off with most of the devices.

I would not worry about the speculative fact. Yes i thought also about that, but think of completely new people, like moms and dads, regular people who would never think of speculation. If they get in contact in their favorite coffeeshop, super market and find it useful it could be wonderful to get all the people in AND they get the right perspective from start.. to use the currencies, tokens for it's purpose.. I love companies like Pundi X because they are the bridge builders to the physical world which paves the road to real mass adoption long term because we as investors are a miniscule percentage of the population.

It's possible, no one knows, but if 10x people are in the crypto space which is about 100-200 million the price will definitely higher than now. Pundi X is already a leader in Indonesia with it's POS devices with over 40,000 merchants using it from what i know. They are just starting their mission..

I think this project will be very successful not even just in Asia but it can spread further in to the other continents .... It is not just to buy bitcoin but actually buy any crypto currency like lite coin, cardano, quanstamp etc .... which at the moment is not very straight forward for some one new in to Crypto World :)

Yes, i see them as pioneers among others like Bread, TenX who make cryptocurrencies accessible for regular people who don't wanna mess with complicated software wallets in the first place. They are building the bridge to the real purpose of cryptocurrencies and are important to show an alternative to fiat money in the real world.

Looks already very good for Pundi X thanks to Zac and his team.. they are going forward with the next milestone of issuing 300,000 Pundi X cards and constantly looking for new partners. They will battle with Square and others but i think they will find their markets because they are fast and flexible tied to crypto which is a clear advantage to the behemoths. Thanks for the great article.. i was looking for a Pundi X account on Steemit.

Nothing to worry about this token thus it just get listed in one of the tradable exchange in the crypto space. Detailed information about it's listing are written here. https://www.kucoin.com/news/en-pundi-x-npxs-gets-listed-on-kucoin