Can cryptocurrencies fit into the new business model of Facebook? 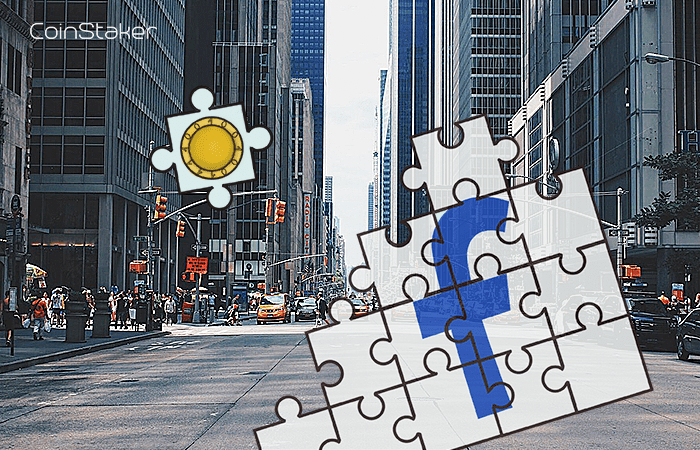 Recently, the CEO of Facebook Mark Zuckerberg, made interesting announcements about the company’s future business model. He did that in two posts on the social media. The goal will be “to make the time spent on Facebook, a time well spent” by decreasing the volume of ads you see in your news feed.

This left many businesses and marketers in a bit of a panic. This change even scared some of the investors, because Facebook shares dropped by 4% after the announcement. Shareholders are afraid that there will be less revenue after the change.

The biggest change will be to the algorithm that controls what you see in your news feed each time you log in to Facebook. Because of this change you will begin to see more posts from your friends, groups and family in your news feed and less ads and posts from businesses, media and brands.

A lot of people are scared that this algorithm update will be the end of small business, but as every change people will need to adapt and change the content they produce. Some businesses and content creators will benefit from this by creating an active community and by making posts more meaningful. After all, the goal is to create a meaningful active interactions and less passive experience.

What are the reasons for these changes?

The social media closed-source algorithm was optimized to capture as much ad money as possible. This maximized revenue made the shareholders really happy. But in time people started noticing too much ads and they weren’t happy about it. People started noticing that they produce and distribute the content that drives traffic and attention for advertisers, but are not rewarded for this.

On top of that they are forced to look at content they don’t want to see in an eye gauging way. These statistics and the decreasing attention span of Facebook’s users made clear that some changes are needed. This model will benefit the people first, but will also benefit the company in the long term.

Another factor is Washington. Since the latest elections in the United States, there were political allegations that Russian operatives used Facebook to spread disinformation and influence the U.S. elections. These investigations showed how Facebook uses its algorithm to package similar consumers for advertisers. Furthermore it naturally creates circles of like-minded people who share and distribute the content they agree with. These changes are also aimed at slowing down the spreading of fake news.

It is a fact that Facebook has become a force to be reckoned with and has great influence over its user base. Facebook needs to adapt its business model, so they can make shareholders happy, but also the users and advertisers happy. These are the three pillars keeping Facebook on the top.

Encryption and cryptocurrencies have proven that they can be a viable source of revenue and can replace ads one day. They also fit Mark Zuckerberg’s concept of a decentralized model. Cryptocurrencies can be a way to satisfy both shareholders and users, by giving them a stake in the future growth of the token. There are some concepts that can be implemented on the existing platform.

One concept is something like the Basic Attention Token. A currency earned by the viewers and the content creators, based on the attention and time spent. It is a way to tokenize data and can be a viable replacement of some part of the ads or a good addition.

Another idea is for Facebook to create their own token, which is backed by the assets from the company. A big part will be distributed to the shareholders. The rest will be distributed to users based on traffic and content creators of original content can be rewarded for views. These tokens could be used for advertisement on the platform, thus creating a whole market on its own.

A lot of things can be done and experimented with. A decentralized or centralized system, or a publicly issued cryptocurrency. The sky is the limit for facebook and Mark Zuckerberg. It is true that a decentralized social media may be the solution everyone needs. A social media platform needs to be centralized around the people. Maybe Mark Zuckerberg will decide that the only way to make Facebook more powerful than it is currently is to bring power to the people and reward free expression and ideas. cryptocurrency crypto news new blog
3년 전 by chnorris48
$0.78
17 votes
댓글 남기기 0
Authors get paid when people like you upvote their post.If you enjoyed what you read here, create your account today and start earning FREE STEEM!
STEEMKR.COM IS SPONSORED BY