with all the little issues they have about didtributing coins after the ico, i really think this coin have a long time potential and is here to stay. please not that i am not in anywhere a member of the team or a financial advisor, i am just an investor like the rest of you.This token is way below ico price now and i consider it a golden oppurturnity, well atleast i see it that way. 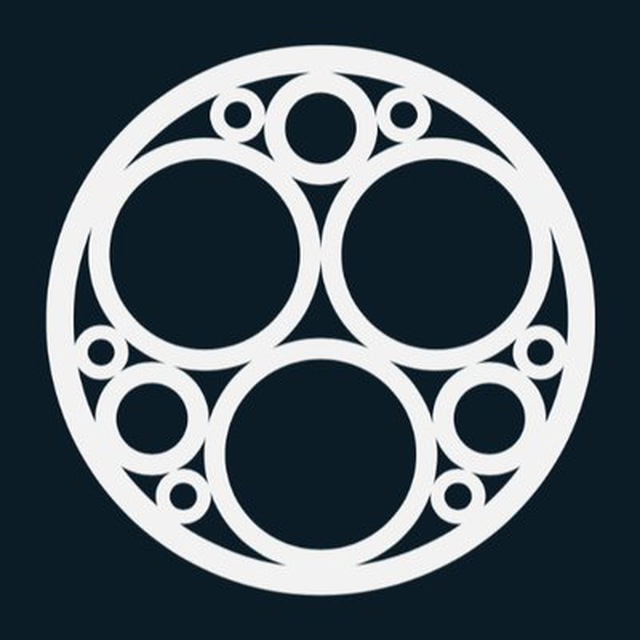 But from their approach, i think sonm will really have a considerable share in the cloudcomputing market.

Blockchain technology, which is gaining traction across different industries, might provide a solution for making more economic and efficient use of all the computing power that is going to waste while our PCs, laptops and other mobile devices are standing idly.

So, how is it possible to build an Airbnb or Uber for computers, open for anyone willing to lend their device for computing resources and get paid for that?
Fog Computing

Fog computing is the term given to distributed and blockchain-based cloud computing, the idea being that the ‘cloud’ lives somewhere above and beyond its users, while fog solutions are distributed among them. SONM takes a unique approach to fog computing, using specifically modified algorithms designed to improve upon general cloud and grid networks currently in widespread use. Looking at revolutionizing supercomputing, SONM is the first blockchain-based platform for general use, capable of performing tasks as diverse as website hosting to DNA sequencing. “Market demand for computing power is rising,” says SONM CEO Sergey Ponomarev in their press release, going on to explain, “SONM’s unique offering directly responds to this demand by making use of idle standing computing power.”

Looking at revolutionizing supercomputing, SONM is the first blockchain-based platform for general use, capable of performing tasks as diverse as website hosting to DNA sequencing. “Market demand for computing power is rising,” says SONM CEO Sergey Ponomarev in their press release, going on to explain, “SONM’s unique offering directly responds to this demand by making use of idle standing computing power.”

Despite other players in the distributed computing space, Ponomarev believes SONM presents a unique platform capable of standing apart from similar software. Based on the Yandex.Cocaine platform, written in C++ with implementations for Go, Java, and Haskell (among other languages), the SONM platform is distributed to its core. By using this hybrid peer-to-peer architecture, SONM can create computing pools that function in a similar way to cryptocurrency mining pools, a feature other distributed computing platforms don’t offer.

SONM was born out of Ponomarev’s fascination with useful calculations, and a desire to leverage Bitcoin’s mining capacities outside of cryptocurrencies. “I discovered a key limitation,” Sergey told CCN. “Performing calculations directly on the blockchain is not rational, and it was impossible to create the full peer-to-peer scheme.” This discovery lead to the concept of concentration hubs, the idea which eventually developed into SONM.

Power Anywhere, Even in Your Pocket
Like most distributed applications, what makes SONM so attractive is its accessibility. With a user-focused mentality, Ponomarev and his cofounder Andrey Voronkov, a researcher in the field of biomedical computation, have created a powerhouse of a platform capable of performing even monumental tasks at a fraction of the speed typical of current solutions on the market. As Sergey illustrated, “For instance, the SONM fog network can complete a traditional CGI processing project incredibly quickly compared to the market standard. That’s because the SONM infrastructure is highly flexible and can scale to accommodate a variety of user needs.”

For those interested in participating in the SONM network, all manner of devices are capable of lending their computing power to the fog platform. Any device worldwide can become part of the SONM fog network and generate computing power. Computers, smartphones, even gaming consoles, “All the miner needs to do is set up a mining client and run it.”

WE NEED MORE POWER
The demand for computing power from industries and scientific communities for processing enormous amounts of data and running large applications is huge and increasing exponentially, as well as the need to process operations at a faster pace than ever before.

As for the computing power market, it is largely centralized today with global giants like Amazon, Google, Microsoft and IBM holding significant market share. This, in turn, reduces the pricing efficiency of computing services and makes the computing market generally unstable and easy to control.

SONM has been working on the solution to allow millions of miners worldwide to start supplying computing resources through the SONM Application Pool.

It has been noted before that GPU mining is becoming less and less profitable due to the significant increase in mining difficulty. Besides, many cryptocurrencies are going to migrate to a proof-of-stake algorithm making mining equipment practically useless. But GPU mining farms are basically general-purpose computing systems with standard CPUs, sufficient amount of RAM memory and a hard drive. So these resources could potentially be opened up for an access to those demanding computing power.

How to make use of enormous Bitcoin mining capacities
Ponomarev, CEO and founder at SONM, has been working in the field of useful calculations since late 2013. He became obsessed with the idea of making use of Bitcoin mining capacities outside the cryptocurrency space. He was going through various fork options until he faced the key limitation - performing calculations directly on Blockchain is not rational, besides it was impossible to create the full P2P scheme. This is how he came up with the idea to create concentration hubs.

Ponomarev has successfully completed a study focusing on this issue and started looking for a developer with an already built platform. Through the Russian-speaking community of BOINC, Ponomarev met Andrey Voronkov, who had been conducting research on medicines in Norway.

At that time, Voronkov had been struggling with the inefficiency in computing power for biomedical resources. He founded a DrugDiscover@home project, a distributed computing project, which uses the power of different computing devices worldwide (PCs, GPUs, smartphones, clusters, etc.), provided by volunteers to contribute to the discovery of new drugs for cancer, age-related diseases, as well as the development of antibiotics and antivirals. Together with Ponomarev, they embarked on a journey to build a global supercomputer.

“Alignment of programs represent an important concern. OS parameters of a customer’s device and the one of a developer can differ significantly, which might result in errors when launching an application. SONM managed to solve this problem by implementing Docker Container into the system.”

He notes that SONM architecture is an extension of many other existing projects, and migration to Yandex.Cocaine, an open source PaaS with a large Russian-speaking community, is one of the most important strategic decisions. As a result of this decision, founder of Cocaine Anton Tyurin joined the SONM team.

Keeping up with the competition
For a long time, SONM has been considered as a key competitor of Golem. However, the CEO of SONM explains to Cointelegraph:

“The project of Polish developers Golem is focused on the development of their own platform, and they moved away from deploying existing solutions in the field of computing, therefore risking getting stuck trying to invent a bicycle and find solutions that have already been found.”

Compared to Golem, SONM is making use of existing platforms. Initially, the platform was planned to be built on BOINC platform, however, the SONM team decided to change their strategy.

To beat global giants
At the moment, the SONM team is investing time, energy and resources into establishing a team of high-end developers, who could work and deliver results according to the SONM roadmap. Besides, SONM is getting ready to launch an alpha version and a user prototype.

The SONM team gave a little sneak peak into what is coming next. Once the alpha version is launched, they are planning to release a teaser presenting endless amounts of use-cases for the platform.

“We decided to make a teaser through a server of popular game Quake. With the unfolding of service locators, we expect companies of AAA class to start purchasing SONM services. We are planning to attract hosting services, which are now working with Amazon. End users and leasers will realize the benefits of hosting websites and applications on SONM platform, as decentralized computing will be much cheaper than those cloud services provided by industry giants.” The Future of Distributed Computing

As blockchain technology becomes more widespread, use cases beyond digital currencies are being documented at a rapid pace. A trend towards distributed ledgers as a ‘new internet’ has emerged, and for good reason. By utilizing a blockchain-based, distributed framework, computing and storage platforms like SONM can bypass the middlemen in the sharing of power and memory, drastically reducing the cost of service for the companies and users alike. Additionally, platforms like SONM come with the added bonuses of security and privacy that many have come to expect from blockchain applications.

Time will tell if the SONM token sale is a major step forward for the world of distributed computing. Supercomputing allowed for exponential advances in medical research, astronomy, and a host of other fields. SONM has the potential to multiply that even further.!.
** For more imformation , visit the official site ..... < https://sonm.io>
pls dont forget to follow me ... @dkinx
https://steemit.com/@dkinx

cryptocurrency news technology bitcoin blockchain
5년 전 by dkinx36
$1.46
17 votes
댓글 남기기 15
Authors get paid when people like you upvote their post.If you enjoyed what you read here, create your account today and start earning FREE STEEM!
STEEMKR.COM IS SPONSORED BY

I learned about the future of distributed computing from your article that was very interesting. Hope more and more post from you. Thanks a lot.

This project does have potential, but not for some time. There's other supercomputer projects just like it. I think golem is one of them

yes but i think they have a better approach than golem,check their whitepaper

what's is especial about this it the same concept with golemn.. it think they should be party with IOTA... or anything.. with less fees

its thesame but different approach, u can check their whitepaper

SONM has/had too many red flags for me to take the project seriously.

Hah, Patientory had 9 red flags and this did not stop them from doing x5 after the start of the Ico =))

I was not talking about 5x or 6x. The article covered more of the tech overview and i was just pointing out that all of it is vapourware.

And as you rightly said, even Patientory did 5x on listing on Bittrex. There is nothing challenging in this market and every ones used to easy money. It will not always last.

As far as I know, SONM is top rated at several ratings.

The officially designated escrow called them a fraud on the day of the day basically. There CEO is now ex ceo. Their lead dev is ex lead dev. So yeah.

well can you pls give the source of your imformation, you shoudnt write soomething like this without a proof pls

You should look up their bitcoin talk. It will not be hard to find obviously if you are looking.

This can get you started maybe https://steemit.com/ico/@thecryptofiend/psa-if-you-are-planning-on-investing-in-sonm-please-read-this

You may also check out this thread.

This is interesting, I will look into it.