In the first part and the second part of our study, we determined, available on the Internet, the software we needed (trading terminals) for convenient and fast work on the crypto-exchange market. And formed for it IPA keys.

And literally before the New Year I came across the development of another terminal, working on API keys with several exchanges. The idea seemed interesting to me and after a while I bought one of the very first versions of this terminal, taking from the developers the word that they would listen to my remarks, if such appear.

What is so interesting about this terminal? In the first multi-window. Outwardly, he recalls, beloved by many, Metatrader. And it also has a built-in programming language that allows you to write bots, advisers and indicators. 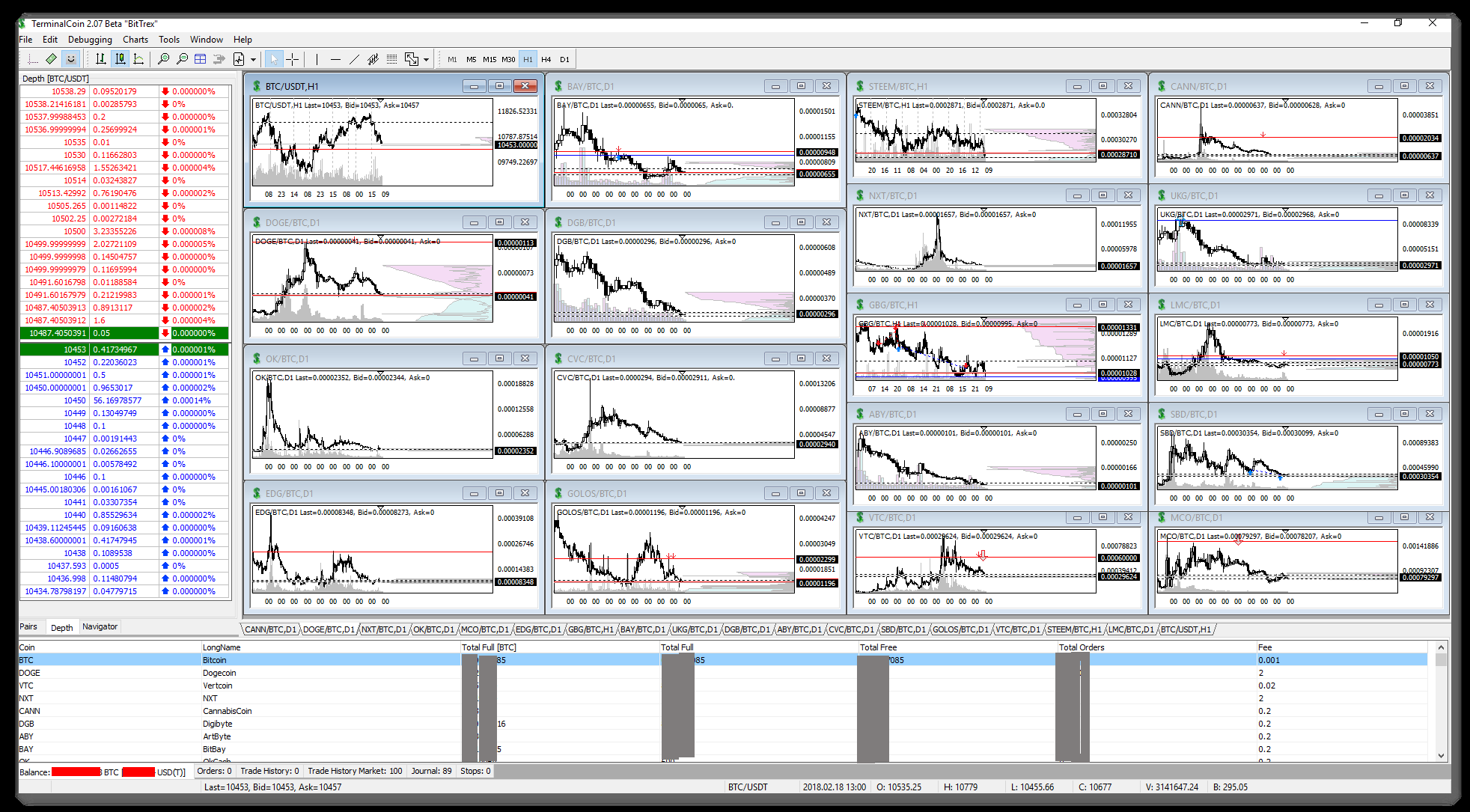 Then our long-term and persistent correspondence started with the developers. The terminal was terribly clunky. As it was later realized, this is a hidden bug that crept in at the initial stage of development and did not show itself for a long time.

Worked out and built in new features, removed unnecessary, load the system elements. Gradually the terminal acquired new features and became more convenient in work. Thanks to the developers for not brushing and releasing a new build just hours after finding the next bug or inserting a new feature.

One of the last chips was working with stop-loss, take-profits, sliding stops in one convenient window, combined with the order window. 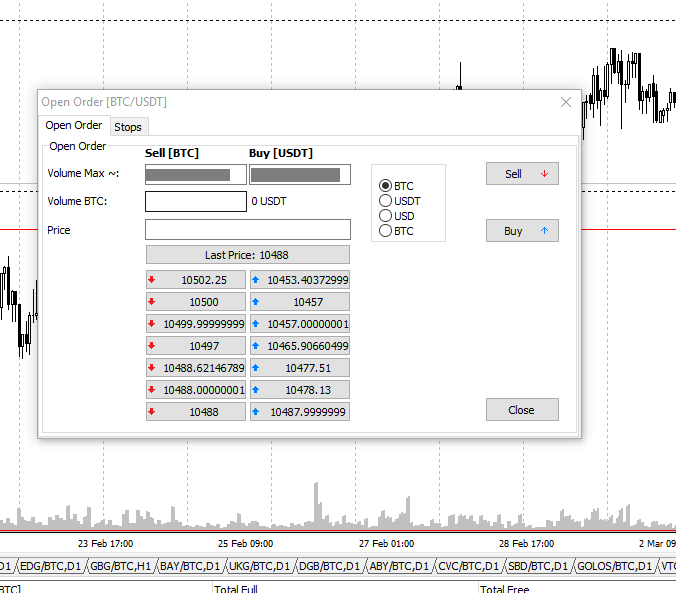 At the same time, I thought that probably such a terminal would be useful to many on STEEM, because many people withdraw their earned tokens on the exchange. And why not give them a convenient tool for trading?

The cost of the terminal for one exchange, currently $ 200, but now the developers are taking action and the terminal can be purchased for $ 100.

I became a partner of the firm and I was given a promotional code that gives the buyer the right to an additional discount.

As the firm promises:

Before buying, you can install a demo version from the developer's site and test it. When buying, you send an open API key and pay. And the payment can be made in any crypto currency. I, for example, paid in GBG. They have a account on Bitrex, so no commissions are necessary to pay.

And yes, most importantly)))

There is also an introductory video of the first version of the terminal.

See, test, you can like the terminal as well as me. Well, comments and improvements will be made together. For this, there is a forum on the site.

If you have any questions do not hesitate to ask them in the comments.

I wish you successful trading operations!

I hope that you will liked my blog!

Part 1 -I was puzzled, as it turned out, not at all an easy task. Find a terminal that would meet my needs at least 50 percent.

Part 2 -Generating IPA keys is an important task for connecting a third-party terminal.


cryptocurrency trading bitcoin steemit terminal
4년 전 by dreamer.golos55
$19.91
24 votes
댓글 남기기 2
Authors get paid when people like you upvote their post.If you enjoyed what you read here, create your account today and start earning FREE STEEM!
STEEMKR.COM IS SPONSORED BY

Congratulations! This post has been upvoted from the communal account, @minnowsupport, by Dreamer from the Minnow Support Project. It's a witness project run by aggroed, ausbitbank, teamsteem, theprophet0, someguy123, neoxian, followbtcnews, and netuoso. The goal is to help Steemit grow by supporting Minnows. Please find us at the Peace, Abundance, and Liberty Network (PALnet) Discord Channel. It's a completely public and open space to all members of the Steemit community who voluntarily choose to be there.