DOMAINRAIDER-as the name itself tells "domains that matters".
It is a team of 30 members who are currently working and working from a long ago for the domains.

The team reserves the newly domains as well as the dropped domains and sells them at the auctions. All about the blockchains and domain names-

-At present, the world of domain names is still highly centralized due to CANN’s exclusive
control of the DNS root, and therefore of global domain name rules of governance.

-in the past, a few unsuccessful attempts have been made to create an open DNS, such as Open
NICI, but the next big development appears to be the decentralized ecosystem.

Here are the most significant:

-Namecoin promises to increase the decentralization of DNS management,
and to improve
security, censorship and privacy.

-Unfortunately, Namecoin is not currently operational due to many reasons such as domain
squatting.

-It is worth nothing that the Namecoin community has put forward a very simple
solution to a major problem, that is, the significant increase in the cost of domain name
renewal.

-This implementation combines DNS functionality with a key public infrastructure
and is primarily intended for use by new applications.

-Blockstack has been operational since September 2015 and currently manages over 70,000
domain names.

-The ENS initiative is without
doubt one of the most promising.

-Its May 2017 launch was a success with 150,000 names
attributed at auction using a deposit system that had already collected over 3 million ETH.

-ENS opens up a promising method for future developments that may give them the exact
same features as domain names.

-Further, they may already be used in this way within
navigators such as Mist, the Chrome Metamask plug-in orthe online wallet MyEtherWallet.

-Although ENS does not yet include a maintenance cost for each name held, this development
is in the pipeline.

-So you should connect with the domain raider for the best domains.

-All the domains are sold at the auctions. 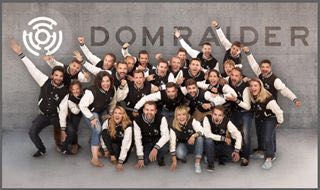 cryptocurrency blog blockchain domainraider steemit
4년 전 by golafire11
$0.00
1 vote
댓글 남기기 0
Authors get paid when people like you upvote their post.If you enjoyed what you read here, create your account today and start earning FREE STEEM!
STEEMKR.COM IS SPONSORED BY