Brilliant Startups Are Using ICOs To Revolutionize The World Of Blockchain

Brilliant Startups Are Using ICOs To Revolutionize The World Of Blockchain 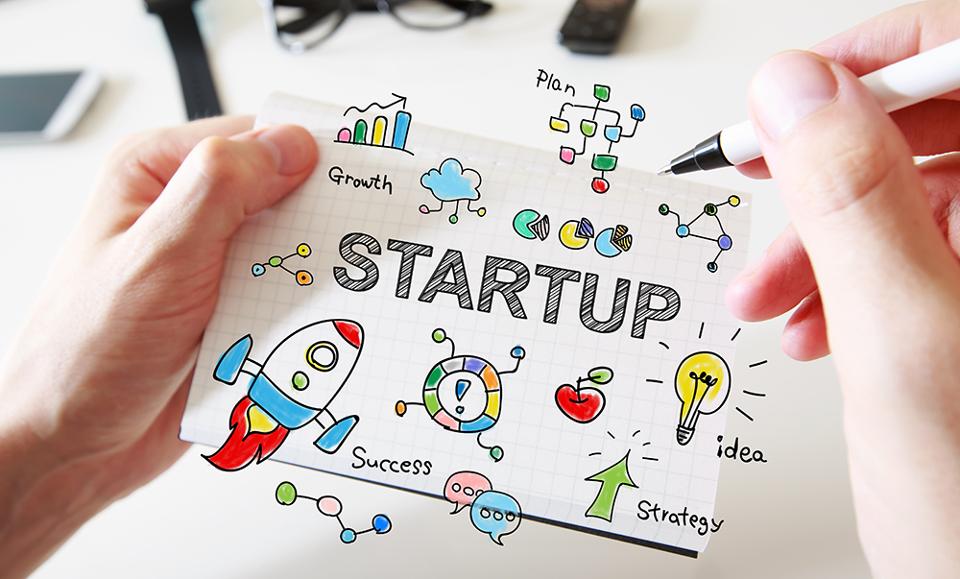 The blockchain is a wonderful thing

. It’s only been around for nine years, and it’s already taking the world economy and shaking it by the roots. When it comes to transactions involving money, eliminating the middle-man is not only cost-effective but also far more secure, a fact that has been proven time and again.

Beyond your favorite popular cryptocurrencies, however, there is an entire world of startups that are working day and night to revolutionize the blockchain industry and change the world for the better. If you’re considering investing money in initial coin offerings and blockchain startups, consider these first.
The internet has made it a lot more convenient to send and receive money on the fly.

There is, however, a huge portion of the world population that still lacks a reliable internet connection, while the reality of the situation remains that we all need to deal in money. Fiinu, a blockchain-friendly British banking startup that’s working its way up to disrupt the banking system, is trying to address some of these problems in the financial services market. Before they bridge the gap between decentralized and centralized worlds, however, they must complete undergoing formalities with the Bank of England to become a fully licensed and regulated deposit-taking bank.

Their utility token sale is about to commence in November. HumanIQ, a secure mobile application that is free to download, allows you to send and receive money across the world, even with little or no connectivity to the internet. The initial token sale may be over, but there’s still a good chance of making a profitable investment if you participate in their initiative. The Divi Project, a cryptocurrency startup that’s about to launch its token sale on Friday, is working on the creation of easy and sociable smart wallets that allow users to send and receive cryptocurrencies via a decentralized marketplace.

Apart from sending and receiving money in a breeze, the blockchain has already started to inflict a lot of change in various other domains, particularly investing. Trading assets and making investments in up and coming industries is really important to businesspeople, and, blockchain technology helps add another layer of security to the whole procedure. Brickblock is a revolutionary asset trading platform that allows different digital currency holders to invest in real-world assets such as real estate, ETFs, and coin funds. Transactions are fully secure and transparent on the blockchain and trading comes free of geographical restrictions. The innovative team working behind the platform will seek funds via an ICO that will commence on October 31st.

Cryptocurrency networks are being utilized on a variety of different fronts to do everything from saving the planet to choosing the nation’s next president. Bitcomo is the world's first decentralized affiliate marketing network for smart contract projects and ICOs. Using blockchain technology, they aim to build a performance-based digital marketplace that facilitates secured network for media buyers via precise lead generation.

The Bitcomo Marketing Token (BM) is a new kind of exchange that operates directly between advertisers, publishers and media buyers insider their platform. Their pre-ICO goes live on October 28th as a crowdsale. Energi Mine, a decentralized market for energy that uses artificial intelligence and blockchain technology to help its clients conserve energy, has been making the headlines quite often this year. The company was founded in 2016 and has waited an entire year preparing to launch its initial token sale, which is scheduled to go up any time now. Zap Store, a platform that allows developers around the world to create, publish and subscribe to oracles that connect to smart contracts and decentralized applications, is currently undergoing a token sale and launched their alpha marketplace this week.
Not long ago, I did an in-depth guide that explained how a blockchain works and introduced you to the basics of investing in an up and coming initial coin offering.

The problem with those, however, is that there are so many of them, it is often hard to decide which ones to trust enough to put your money in. There’s a lot of bright ideas in the startup world, but few actually see themselves to fruition. There are practical situations to be taken into consideration and patience is a rare thing in the blood of entrepreneurs. Initial coin offerings are also rather new, making it especially difficult to know which ones to trust and which ones to avoid. Just so you don’t have to, I have done the legwork of coming up with this list of interesting cryptocurrency startups that might just be worth putting your money into, and while I don’t vouch for any of them, they do seem like a comparatively better choice than most others.

ICOs are still pretty new and it’s quite uncertain the impact it is going to have on the world economy in the long run. While experts speculate that blockchain-enabled startups are definitely more than just a fad, only time will tell whether bright ideas and lots of hype will be able to keep the cryptocurrency market afloat a decade from now. The startups mentioned above are doing much to further the cause of cryptocurrency startups and demonstrate the impact that the blockchain can have to change our society for the better. What do you think?
PLEASE LEAVE A COMMENT REGARDING YOUR THOUGHTS ON THIS

cryptocurrency steem money technology blockchain
4년 전 by jaycidiq39
$0.00
3 votes
댓글 남기기 2
Authors get paid when people like you upvote their post.If you enjoyed what you read here, create your account today and start earning FREE STEEM!
STEEMKR.COM IS SPONSORED BY