Over the past month, people have been freaking out and selling during this healthy correction. This is the worst thing people can possibly do!

There are many theories as to why Bitcoin and especially the alt-coins have been tanking lately. There is a rumor regarding an accident in the hardfork that's not substantiated. Some are saying it's the ICOs. But most of all, when Bitcoin is going below $2400 and ETH goes below $200, this is a sign that the rally was far too great in far too little time. The breather is much needed and we need to HODL!

I simply can't understand why someone would get into cryptocurrencies for long term insurance of wealth as well as getting off the grid, see it go down a little and freak out and sell low. It just blows my mind. That selloff is of course causing this down trend to a large extent.

We need to educate people better, that's the bottom line I've come to. We need to explain the long term effects of Bitcoin to people who got into this with no understanding of what it was they were getting into. There are so many people that just heard someone else say "Put money in Bitcoin!" and they thought, "Well that sounds cool, okay" but all the while have absolutely no idea how it works. This is irresponsible.

People should always know what they're putting money into, that especially goes for the destructive fiat system. I hear people all the time making HUGE money off of Bitcoin and then simply selling it off for fiat thinking their job is done. Some day they'll wake up to find that fiat worthless.

Lack of understanding is the best way to take advantage of people and that includes fear mongering in the media regarding Bitcoin as your average grandmother or grandfather reads something in Forbes or Bloomberg saying Bitcoin is crashing and they pull out perpetuating the drop. 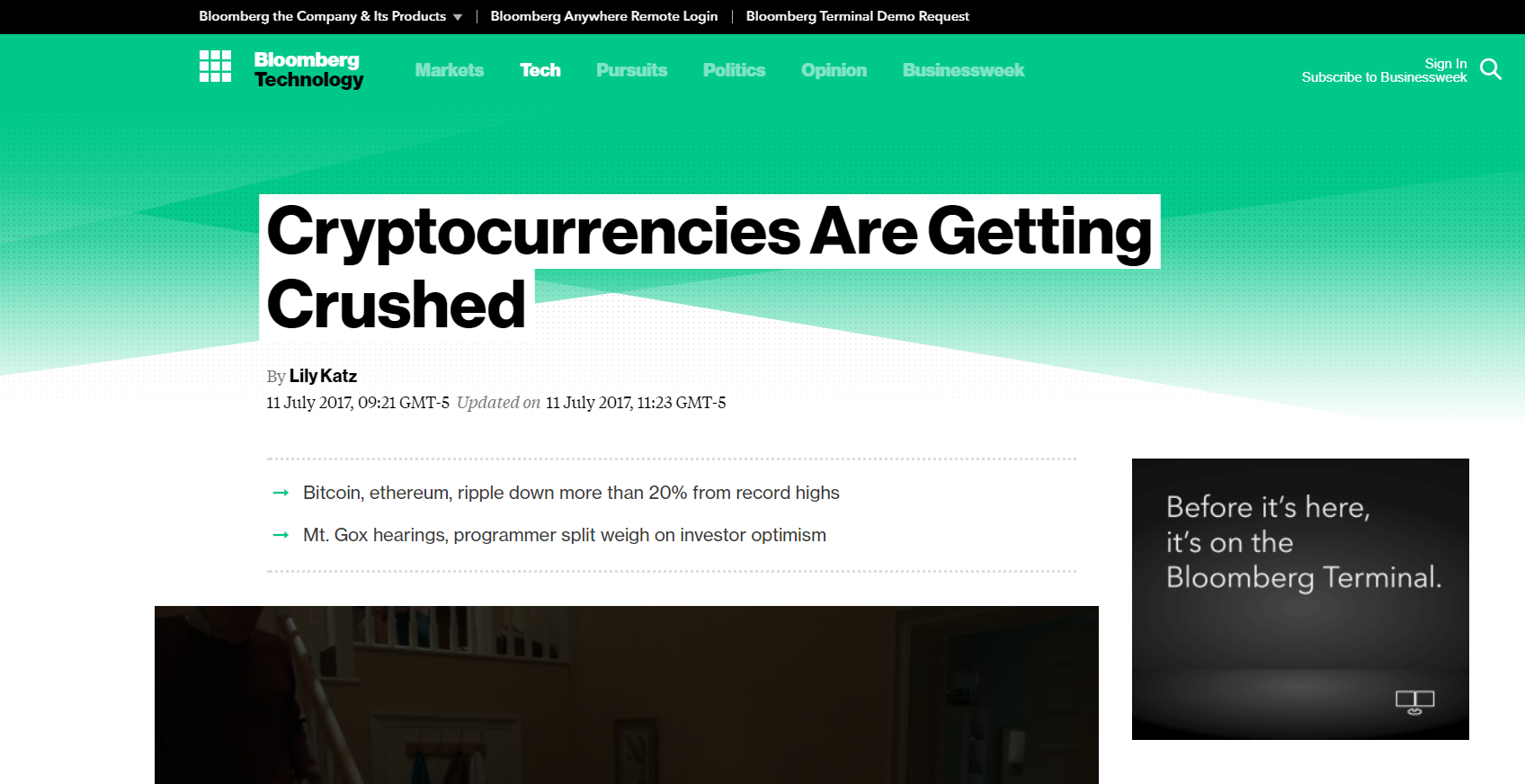 Long term there are only 21 million Bitcoins to be created. This creates great scarcity, much like gold has scarcity due to its rarity. We're just at the beginning of the rocky mountains here. We are entering the very rim of the rockies and we're seeing some tiny little mountains thinking "Wow! They're so big!" when in reality, there are mountain 50 times as big further in, you just have to have patience and go up and down the peaks before you meet Mount Robson.

STEEM of course took a major hit and went below $1. I'm excited more than anything. I see a major buying opportunity that I wasn't sure I'd see the likes of again. This is also a great opportunity for the newbies who've never put money into cryptos. Those who've been waiting for a downtrend.

You think the last rallies were big? Just wait! We're about to see a MASSIVE influx!

cryptocurrency bitcoin blockchain steem news
4년 전 by joshsigurdson75
$4.51
51 votes
댓글 남기기 17
Authors get paid when people like you upvote their post.If you enjoyed what you read here, create your account today and start earning FREE STEEM!
STEEMKR.COM IS SPONSORED BY

Cryptocurrencies is a device to transfer value from the impatient to the patient. So HODL on!

Only crypto newbies are selling now... only to get back in at the next ATH

there is a human nature.

I think the same way. Just keep calm. Also (absolute newbie question), do you know why people say HODL, instead of hold?? Thanks!!!

LOL I have no idea, I've just found myself following their lead XD

HODL = Hold Onto Dear Life...its a word coined by Cryptoverse!

I think it has to do with the fact that market is now filled with majority noobs (including me) and tend to be swayed by fluctuations due to fear or inexperience or both. I myself have invested in shit coins and some above 100 rank coins by taking a personal loan and I am NOT selling any until 2018.

It is amazing how people panic , these are buying opportunities.

The market will be boring if there is no radical bullish and bearish. Just enjoy the ride.

Why do people think "noobs" control the market?
You realize when you see 100BTC dumps that it is not just some housewife who ran out of Xanex.
Would it not be more reasonable to sell and buy back cheaper when the market is in a clear downtrend.

This is what all the "smart money" is doing so why won't you?

People just need to chill the fuck out. The breather is needed it's like the markets were holding in all that air. If you sold while high.. good for you if you looked to late and sold low. Just wait. Because up trend is starting again. Unless something bizarre and drastic happens.. give it about a week. If you haven't gotten into crypto...Start looking for your chance to buy in I wager you will see your chance to within the next few days here. And it doesn't have to be a big amounts. Start with fractions,sell high and work up. Repeat.