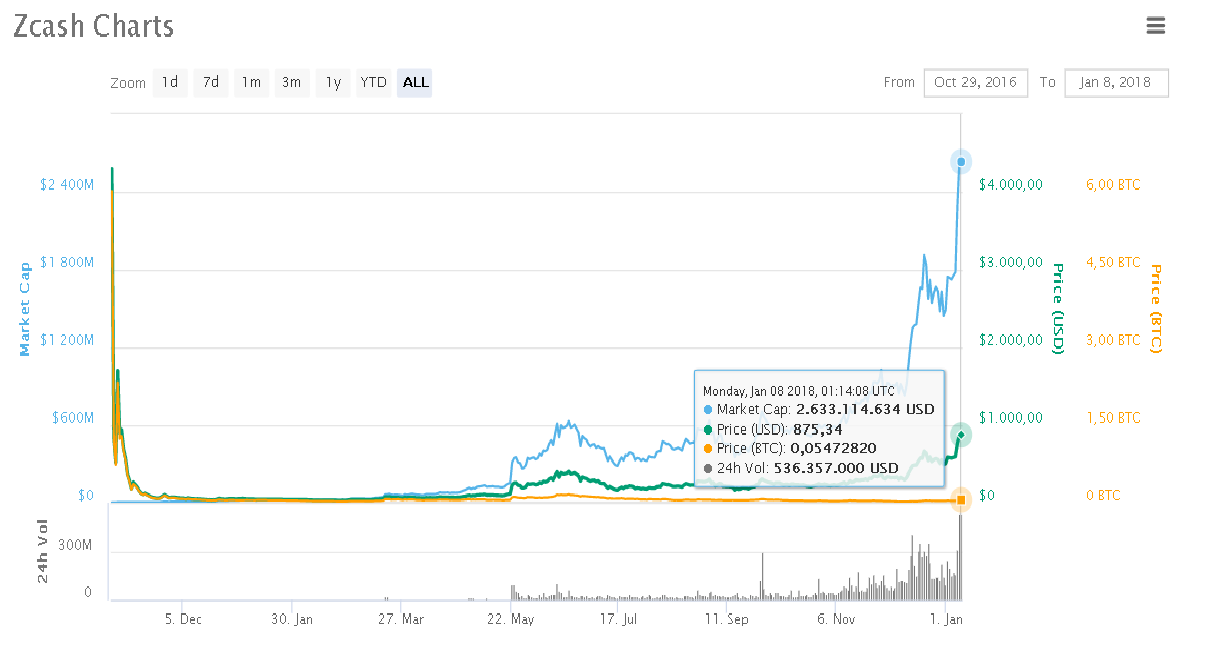 Hi it’s Invest Diva’s Kiana with News BTC and here is your cryptocurrency update. ZCash, a cryptocurrency lesser known among the trading crowd and more popular among crypto miners, reached its post-ICO high level of $800 early on Monday’s trading session. Standing at the 23rd position in terms of cryptocurrency market cap, Zcash aims to differentiate itself from others by focusing a great deal on privacy. Zcash leverages zero-knowledge proof constructions called zk-SNARKs, which allow two users to exchange information without revealing their identities. While the bitcoin blockchain contains records of the participants in a transaction, as well as the amount involved, Zcash’s blockchain shows only that a transaction took place, not who was involved or what the amount was. While this feature could be appealing to criminals, Zcash believes companies need the protection of privacy along with their supply chain in order to conduct their business, especially in the context of public blockchains. In addition, they believe that personal privacy is necessary for core human values like dignity, intimacy, and morality. In terms of price action, Zcash actually started its journey high, at $30,000 in October 2016. It then dropped sharply to as low as $30 within two months. In mid-2017 it started to gain momentum, now fluctuating between $800 and $500 with the potential of reaching new highs soon.

cryptocurrency bitcoin trading life steemit
4년 전 by kindersaft42
$0.20
7 votes
댓글 남기기 2
Authors get paid when people like you upvote their post.If you enjoyed what you read here, create your account today and start earning FREE STEEM!
STEEMKR.COM IS SPONSORED BY

This post has received a 2.61 % upvote from @drotto thanks to: @kindersaft.