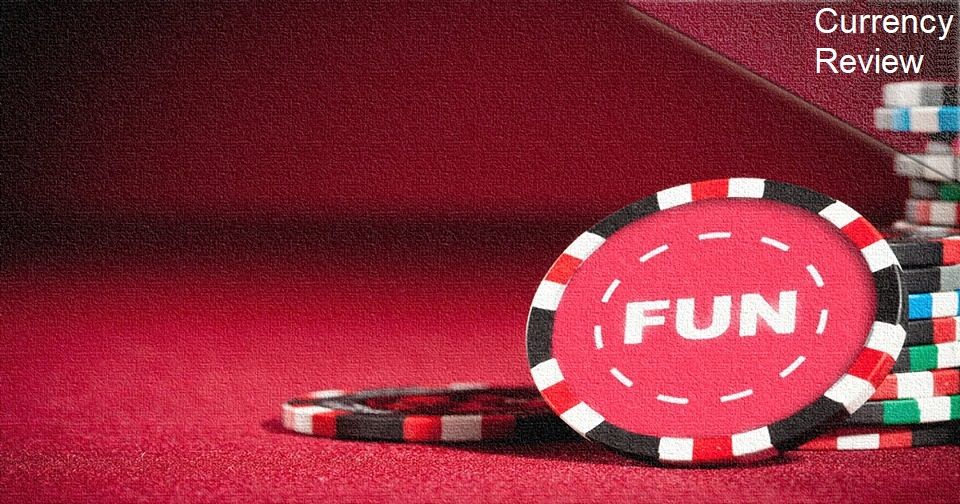 Whats up Steemians,
We begin weekly corner where @KingDavidHarp team selects a currency and analyzes it thoroughly. We will introduce the idea, we will provide data on the current condition, can be extensive information about the system, the company's schedule and all kinds of secrets we find on the way.

The first coin that gets the honor in our weekly corner is FUN - the fun coin! The fun currency belongs to FunFair, whose name consists of the words "fun" and "fair."

What's the idea behind all this fun?

FunFair provides a betting platform on the Etherium Blockchain system. The company will provide a huge range of casino games which will be available online Quick - an exclusive patent of the company that allows ongoing play without the need to wait for the transfer times of the blockchain, Fun - I'm sure you understand why, And Fair - All transfers will be recorded on the blockchain and will be exposed to the public and at the same time all transfers will be anonymous, or in other words play without revealing any detail about yourself to anyone!

Before we continue to dive in, we will present a number of FUN data.
11 billion Fun Tokens were created on 22 June 2017 and no more Tokens will be created! Currently, there are 4.25 billion tokens in the market, another 4.4 billion are held for additional projects and 2.3 billion by the founders of the company and will be released to the market for 18 months. When the currency was published half a year ago it was worth $ 0.017 and it made an increase of X5 whose current value is $ 0.085. Its market value is currently rubbing the $ 0.4 billion range.

So the general idea we know but this company has a few more cards under the sleeve.

The engine of it all! - You can find in the market crypto many companies whose currency has no real importance in the product/platform they are marketing. In FunFair, the use of currency is necessary for any integration with the platform. Gambling, transfers, payment to the winners, commissions and, in fact, any transfer of monetary value from the world to the company, and vice versa, is realized through the Fun currency.

Build your own casino - a big part of Funfair's potential lies in the fact that they will allow users and companies to open their own casino. Thus creating an enormous casino network realized in the pan currency of course. And will also allow independent developers to become partners in creating additional games for the FunFair system.

Currency Burning - Transactions and transfers on the FunFair Platform require payment of a minimum fee to be transferred to the Company in Fun currencies. The company decided that any currency that would have to pass in favor of the company would burn/disappear/will no longer exist. Thereby reducing the number of existing currencies in the market and raising the price continuously (FunFair was not the only one to use the idea of burning currencies, and this is mainly intended to attract investors and increase the value of the currency). 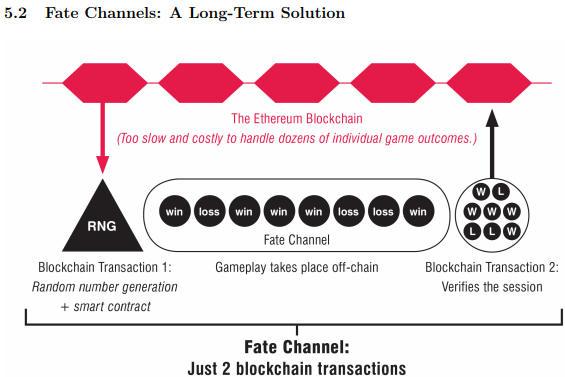 Open the image in new Tab to see it larger

Fate Channels - Part of FunFair's revolution is to allow fair play transparently to the public, so one of the company's patents is the operation of the casino on Fate channels. These channels are based on Etherium's software code for creating RNG (random numbers) and on these channels, all casino games will be played on the platform, which will ensure fair play. It should be noted that the use of RNG requires almost zero payment of commission and as noted earlier this whole commission will be paid by burning Fun Tokens.

Friends program - The company will also use the advertising mechanisms of a friend bringing a friend. Each user referral to the site will be credited. By doing this, the company will enable an additional flow channel for new users.

So what's the company's Roadmap? Or in other words what is the schedule ?!

At the end of January, the company will also submit an application to rationalize the operation of a gambling on the network. The application will be submitted to UK Authority, and this license will enable it to operate globally. The license approval process should be taken around two weeks according to the UK gambling authority's website.

I'm not a prophet, but if and when the request is approved, Funfair's market value will not remain indifferent and it is likely that there will be a significant leap. It should be noted that in the event that the request is rejected, it will not be particularly encouraging for investors, but there are alternative options for obtaining a license that I will not detail at the moment. In any case at the moment depending on how the situation looks, obtaining the license is expected to take place without any special problems.

In the middle of February, it is planned to happen - FunFair becomes active. At the moment there is already a possibility to play on their site in several games that are presented to the public. And next month the company starts to be active and then the moment of truth begins.

What is so special about FunFair and what problem does it solve?

As you know gambling is illegal in some countries, if everything works as planned, FunFair, which works anonymously on Blockchain, will allow anyone in the world to gamble on its platform by purchasing digital currencies that can be easily converted into Fun. and therefore, every resident will be able to gamble on the site without the possibility of monitoring an authority or organization in his country.
Yes, you too ...

FunFair has a lot of potentials, and the company is trying to realize the digital currency revolution in order to liberalize the existing borders in the gambling industry. The company has built itself in a very friendly and promising way for investors.

As noted, the Fun currency is required for the whole system, there is a process of burning Tokens, the company encourages community sharing for business expansion, it is transparent vis-a-vis the gamblers and also allows gamble to the residents of countries where betting is not possible. If we take into account the value of the currency, its market value and compare it to the annual cycle of the Internet gambling industry ($ 155 billion), we will understand that there is room here for a very large growth potential.

It is very important to note that on paper everything looks good and beautiful but in reality, the rain does not always come in November. Maybe he'll get to FunFair in February...

From now on we will publish the Cryptocurrencies reviews and general overviews on crypto, in tag #cryptoreview
An amazing day for everyone. Vote and follow us to get more articles like that

cryptocurrency steemit bitcoin news cryptoreview
4년 전 by kingdavidharp52
$2.74
19 votes
댓글 남기기 9
Authors get paid when people like you upvote their post.If you enjoyed what you read here, create your account today and start earning FREE STEEM!
STEEMKR.COM IS SPONSORED BY

Great post! I like FUN as well and agree there is much potential. I have my fingers crossed for their licensing.

Thank you, we will do our best to continue to bring good posts

I have invested into FUN. I see this as a great potential. HODL

thanks for the info and analysis. definitely utility here.

Interesting. i'll check it out.

Congratulations! This post has been upvoted from the communal account, @minnowsupport, by KingDavidHarp from the Minnow Support Project. It's a witness project run by aggroed, ausbitbank, teamsteem, theprophet0, someguy123, neoxian, followbtcnews, and netuoso. The goal is to help Steemit grow by supporting Minnows. Please find us at the Peace, Abundance, and Liberty Network (PALnet) Discord Channel. It's a completely public and open space to all members of the Steemit community who voluntarily choose to be there.

Resteemed to over 10600 followers and 100% upvoted. Thank you for using my service!

We are happy to be part of the APPICS bounty program. APPICS is a new social community based on Steem. The presale was sold in 26 minutes. The ICO will start soon. You can get a account over our invite link: https://ico.appics.com/login?referral=1fRdrJIW

This post has received a 7.02 % upvote from @aksdwi thanks to: @kingdavidharp.