Binance Coin (BNB): The Token of the Largest Crypto Exchange

What they may not know, if they aren’t using the Binance platform, is that the exchange also has its own token, called the “Binance Coin (BNB)”. This token was released as part of an ICO for Binance, and the value of the token has been steadily increasing since as the platform increases in popularity.

Now that the popularity of Binance is hitting new highs, it may be a good time to familiarize yourself with the Binance Coin. We’re going to look at how the coin works, what it is exactly, and how it is tied to the fortunes of the rapidly growing Binance exchange. 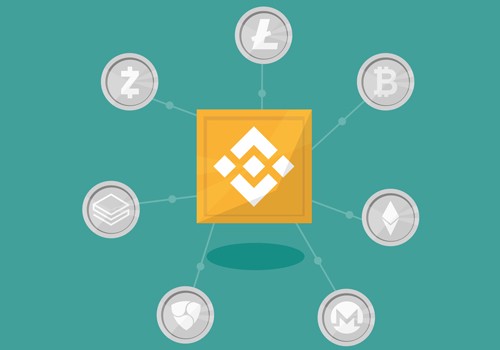 The first thing I want to explain to set the background, is what Binance is. Binance is currently the largest cryptocurrency exchange on the planet, with nearly $1.5 billion in trading volume every single day. What makes that particularly amazing is that the exchange has only just launched in mid-2017 — on July 14, 2017 to be exact.

How Does the Binance Exchange Work?

The Binance exchange is like most other cryptocurrency exchanges in that it allows its customers to exchange one cryptocurrency for another. It uses a custom matching engine to match buyers and sellers at the requested prices. Once the trade is processed, each customer receives what they want, and Binance receives a small fee for providing the matching and exchange service. This is how an exchange makes a profit.

The problem that cryptocurrency exchanges began running into in 2017 is that they couldn’t keep up with the number of transactions as cryptocurrencies became increasingly popular. This led to delays in transfers, and lost orders, or bad prices for customers. Someone needed to fix the issue, and Binance has created its overwhelming success by doing just that.

Binance created their own proprietary trading engine that is currently capable of processing 1.4 million trades per second. That’s far faster than any other cryptocurrency exchange currently, and explains why so many traders have made the switch from other exchanges to Binance.

Along with the lightening speed of their network, they are now outdoing the competition in the depth of their orderbook, or the liquidity being offered to traders. This liquidity means traders can be confident that they will find a match for their trade, and that it will be at a competitive price.

One final advantage that Binance has on their competitors is the extremely low trading fees charged — just 0.1% per transaction. And on top of that you can get your trading fees reduced even further when using the proprietary Binance coin — BNB. And that brings us to the true subject of this article.

What Is the Binance Coin (BNB)? Binance coins are tokens used on the Binance platform, so even though they are traded on the open market and their value fluctuates, they are traditionally what you would think of as currency like the U.S. dollar or Bitcoin. Even so, the use case for the Binance coin is very valuable, and this is why we see the value of the token continue increasing.

The Binance coin is what’s known as an altcoin, and it is based on the ERC20 standard and uses the Ethereum network and blockchain. This means that the coin also follows the rules set down by the community for the Ethereum blockchain, but more importantly it allows the Binance coin to benefit from the stability and safety of the Ethereum blockchain and network. You won’t have to worry about your coins being stolen in a 51% attack or some other double-spend scenario, because it is protected by being built on Ethereum.

You might be wondering what use is the Binance coin if it isn’t a currency. As a token used on the Binance platform it serves a very valuable purpose. Remember that Bianance charges a trading fee for each transaction you make. How would you like to stop paying transaction fees?

With the Binance coin you can, because that’s what it is used for, to pay fees on the Binance exchange.

Rather than paying a fee of $1 for every $1,000 in trades (which can actually add up pretty fast for active traders), you can just use Binance coins to cover the fees. This makes Binance coins extremely useful and valuable to traders on the Binance exchange.

Here’s exactly how it works. Binance will rebate trading fees for those wishing to use the Binance coin when trading — for the first five years. And there is a sliding scale, so in the first year you can get a 50% rebate of your fees by using Binance coins.

This is where the Binance Coin burn comes in. 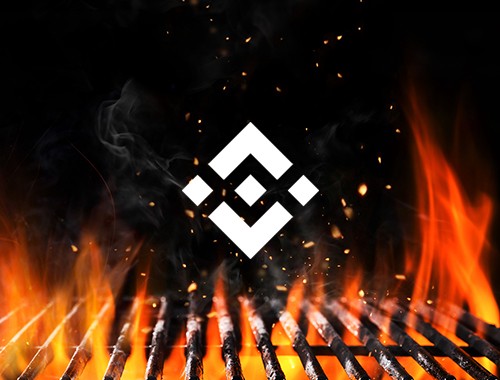 If your discount keeps decreasing won’t that make the token worthless eventually. Well, that will be helped as more and more people come to the exchange, but the founders at Binance also found another solution to keep the value of the token from dropping. Every quarter they take 20% of their profits from fees and use it to buy coins and “burn” them, or destroy them.

This has happened three times already, with the most recent burn happening on April 15, 2018 when Binance burned 2,220,314 BNB. By taking coins out of circulation, Binance makes the remaining coins that much more valuable. This will continue until half the coin supply, or 100 million BNB, have been destroyed.

If you look at a price chart of BNB, you’ll see that the price of the coin has run-up each time a burn was coming (with the exception of the first burn as it wasn’t known it was coming). While price does drop immediately following the burn, it doesn’t return to the pre-rally levels. In fact, BNB was one of the best performing coins in the first quarter of 2018, when most cryptocurrencies saw their value cut in half more or less.

The next coin burn should occur around July 15, 2018 and while there’s no way to predict that the coin will follow the same pattern, it seems likely it will. This means buying BNB about a month before the burn could yield some very nice profits. The January burn would have been especially profitable as it occurred while the bull run in crypto was still mostly happening and BNB went from $3.34 on December 15, 2017 to $21.48 on January 15, 2018 when the burn happened.

This last burn has happened during a bear market, but you still would have seen your BNB coin go from $9.18 on March 15, 2018 to $13.06 on April 15, 2018. Keep in mind that Bitcoin and most other cryptocurrencies fell in value over the same period.

Where to Store Binance Coin

Binance coins are stored in a wallet, just like any other cryptocurrency. You can keep it in the exchange wallet if you like, or you can move it to any wallet that supports Ethereum and ERC-20 tokens. One very popular Ethereum compliant wallet is MyEtherWallet.

Binance coin for the moment is little more than a token strictly used to pay for trading fees, although some would argue that the speculation on open markets in the coin makes it a digital currency in its own right.

This won’t always be the case however, as the Binance team has plans for expanding the scope of what can be done with the Binance coin. This becomes even more important as the price of BNB continues to increase, and the rising user base at Binance wants to use the coin to save on trading fees.

Already the Binance coin can be used to invest in the ICOs being hosted on the Binance platform, which gives holders of BNB a way to realize a return on their coin holdings.

Additionally, Binance has recently announced they are creating a new decentralized exchange, called Binance Chain, and new assets on this exchange will be powered by the Binance coin, increasing demand for the coin, and theoretically increasing the value as well as investors scramble to accumulate BNB.

As Binance continues to grow and add new features the number of things you can do with Binance coins is almost certain to increase. Plus, you can already trade BNB coins as a speculator, looking to get in at a low price and then sell the token at a higher price, just as many other traders are already doing!

You may have heard of KuCoin before, another exchange with its own currency. This is pretty similar to Binance, with both tokens being used to pay trading fees on their respective exchanges. There is one distinguishing difference between the two in regards to the way they distribute profits from trading fees.

Binance takes 20% of the trading fees and uses it to burn BNB tokens, thus decreasing supply and increasing the value of the token. KuCoin takes a different approach by distributing 50% of all trading fees to the holders of KuCoin. This increases the incentive to buy and hold KuCoin.

There’s no denying that the fate of the Binance coin is tightly related to the performance of Binance as an exchange.

While Binance is slowly phasing out the trading discount provided by the Binance coin, they are finding other ways to make the coin valuable, such as burning coin supply and creating a decentralized exchange that will use the Binance coin as its native currency. This would not only increase the value on Binance coin, but would also give it utility far into the future.

Of course, the potential for increased value in the Binance coin hinges on the success of Binance as an exchange. If the exchange can maintain the momentum that took it from just launched to number one in trade volume within six months the future should be quite bright for Binance coin, and for those that own the Binance coin.

Originally published at www.coinbureau.com on April 17, 2018.

cryptocurrency crypto beyondbitcoin blog
2년 전 by moneyinfant56
$9.28
153 votes
댓글 남기기 5
Authors get paid when people like you upvote their post.If you enjoyed what you read here, create your account today and start earning FREE STEEM!
STEEMKR.COM IS SPONSORED BY

Hey, just wanted to let you know I gave you an upvote because I appreciate your content! =D See you around