Everything You Need to Know About CryptoCurrency Airdrops

Free stuff is great right? But whenever you get something for free you always wonder “What’s the catch?” That’s because we know that you rarely get something for nothing, and that anything which seems too good to be true usually is.

Well in the cryptocurrency world the traditional rules rarely apply, and the creators of new tokens and coins have found a way to challenge the idea that free stuff always comes with a catch with a little trick of their own and it’s called an “Airdrop”. 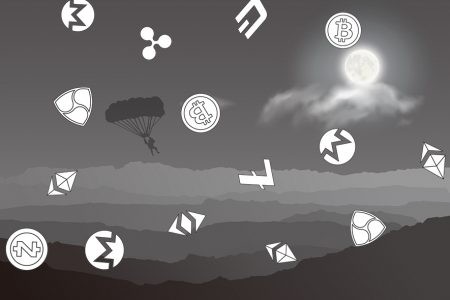 What is an Airdrop?

In the most simple terms an airdrop is nothing more than free coins that are given away by the development team. There are many ways that this is done. In some cases the coins simply show up without warning in your wallet.

In other cases there are requirements that need to be met to get the airdropped coins. Perhaps it requires signing up for the development team’s Telegram channel and following or interacting with them there. It could require you to promote the coin on Twitter in some way, or on another social media site.

You may have to hold a certain amount of another coin in your wallet to receive the airdropped coins. There are any number of requirements and they differ from one airdrop to another, because in the wild west of cryptocurrencies there are no rules.

The development teams make up their own rules as they go along, deciding what requirements best suit their needs before distributing free coins.

Where do the Airdropped Coins come From? The usual method is to simply do a hardfork of the existing blockchain, creating coins and then distributing them for free. One very well known airdrop happened recently when bitcoin forked to create bitcoin cash.

In that case every bitcoin holder received an equal amount of bitcoin cash when the fork occurred. With bitcoin cash currently trading right around $1,000 that’s a pretty nice “freebie”!

In some cases the airdrop is done instead of an ICO, with the bulk of the coins being given away, while the development team holds 5% or 10% of the total coins in order to fund future development.

Why is it done?

You probably think it sounds crazy for development teams to give away up to 95% of the equity in their projects for free, but it actually makes very good sense.

The other way to distribute coins is through an initial coin offering. If you’ve been following cryptocurrencies for any length of time you know that some ICOs have been wildly successful, raising hundreds of millions of dollars. But those are the exception rather than the rule. Most ICOs are nowhere near that successful.

So, a new idea was formed. What if new projects simply gave away their coins?

The result is that they are able to spread the news about their project much further — ICOs typically don’t see more than 30 or 40,000 buyers. And they get people interested in learning more about the project, and in some cases they become so excited they begin to spread the word to their friends, turning the airdrop and the project into a viral phenomenon.

That’s really the reason airdrops are done. To spread the word about a project to the largest number of users, in hopes that they will spread the word further, generating massive interest in the project, and eventually causing the price of the airdropped token to rise dramatically.

Of course not all airdropped coins perform so well, but they’re free so even if only 5% of them grow like this you’ve made a nice profit.

How to claim your airdrop?

Many of the airdropped coins are based on the ERC20 protocol and require an ERC20 compliant, non-exchange wallet to claim. The most popular wallet used for this purpose is MyEtherWallet. In some cases the coins are simply added to your wallet, there’s nothing else you need to do. In other cases you need to perform some action to claim the coins, or you need to already own some amount of a coin.

Truth be told each project has its own requirements to receive an airdrop. One good place to find out about airdrops in by joining Telegram and following the projects you like. Another good source for airdrop information is AirDropAlert.

You can also check CoinAirdrops for current and upcoming airdrops. Finally, you can find out about airdrops on the BitcoinTalk forum or through numerous Facebook and Twitter groups and newsletters.

One ongoing airdrop of an existing coin is the DeepOnion Project. This is a 100% anonymous and untraceable coin transmitted over the Tor network, and it is now on its 35thairdrop. Currently the ONION coin is worth $1.79 each.

One upcoming airdrop that looks interesting is for Orbis (OBT), a project that will run on the NEO blockchain and looks to provide secure, decentralized, and open networks for Bluetooth communities. Making it even more interesting is that the white paper also states that, in order to avoid devaluation of OBT, additional coins will be minted to counteract inflation. The additional coins will then be airdropped to holders of Orbis. 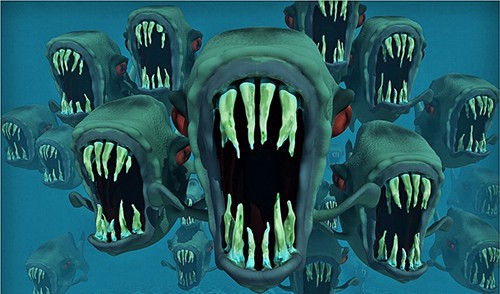 Not surprisingly, there are bad actors out there who try to take advantage of the airdrop phenomenon, so you also need to have some awareness and common sense, and keep yourself safe out there. Here are a few tips to avoid scams and phishing schemes:

It isn’t likely you’ll get rich with airdrops, but it can be a quick and easy way to add some new token to your portfolio and make some small profits.

They’re free after all. And if you’re getting in on as many as possible maybe, just maybe, you get lucky and pick up some coins that will perform well in the long run.

Originally published at www.coinbureau.com on March 17, 2018.

cryptocurrency crypto beyondbitcoin blog
2년 전 by moneyinfant56
$9.32
108 votes
댓글 남기기 16
Authors get paid when people like you upvote their post.If you enjoyed what you read here, create your account today and start earning FREE STEEM!
STEEMKR.COM IS SPONSORED BY

Got your $0.06 back AND knowledge about airdrops. How cool is that?

Always be careful giving your email as well. I know it is sometimes inevitable but there have been numerous airdrops that have used email lists to then perpetrate phishing attempts on email databases acquired through airdrop offering.

Very informative especially for a noob in crypto like me. I gotta say you havr explained well what an Airdrop is better than anyone I know who's also into cryptocurrency. Now I have gained knowledge from this post.

Can you also make a post on how to make people who are not familiar with cryptocurrency understand the concept? I have friends who I want to invite here in Steemit but they don't know anything about cryptocurrency thus, they are skeptical. I know what is the flow of investing in crypto but I can't seem to explain it very well so can you please help me? Thank you!

Thanks for the information @moneyinfant. I always ignore them since i believe nothing good comes free, now i know better.

Usually nothing good comes for free, but this is the new digital frontier, and sometimes good things are just dropped into your lap :-)

I hope something good drops this week.