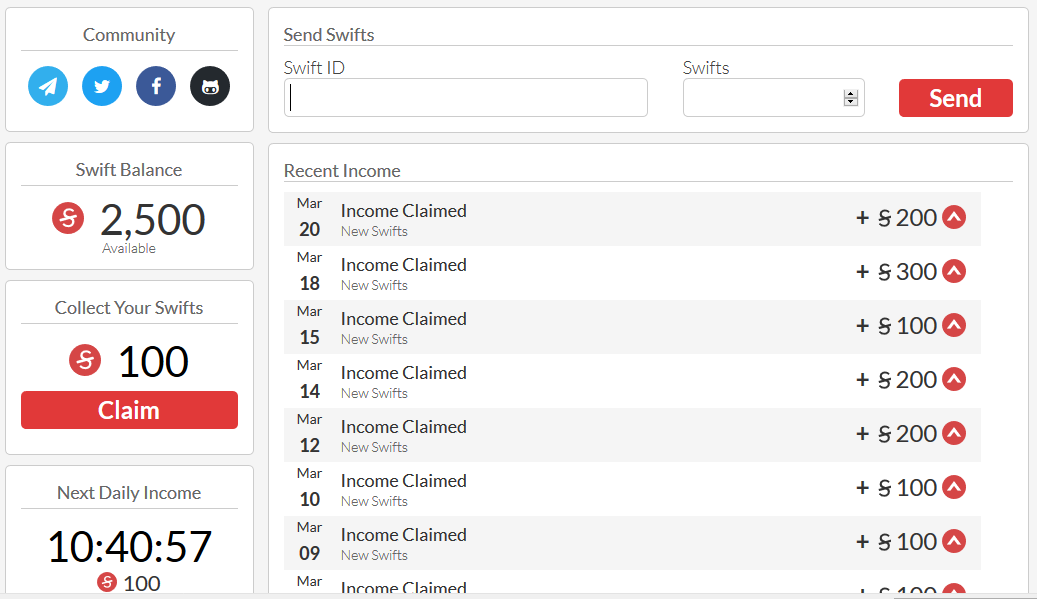 As you read this, SwiftDemand store will probably be adding one more vendor to the existing list of people willing to exchange some physical goods or services for your swifts. This is exciting, seeing that the platform offers you 100 Swifts daily as a user, but have you also ever wondered about the durability of digital currencies? for example, the possibility of the total value disappearing one day and leaving us all with thousands (or millions) of digital assets worth zero dollars? or for how long it will remain acceptable?. These are genuine concerns and this post was simply written to bare my thoughts on why digital currencies and government issued currencies are the same. The thought basically flashed in my mind after finding SwiftDemand a month ago (probably late).

So, are government issued fiat currencies any better than privately issued currencies? Let's think about it, exchanging goods/services is probably one of the first thing we did after we evolved into thinking humans, we had to figure out ways to exchange goods and services with one another using valuable mediums which at some point was gold and other (jointly agreed) precious metals. Fast forward to a few centuries later and the first currencies emerged, they were made from precious metals which represented value to the receivers. This gradually changed with the issue of gold backed paper currency since these promissory notes (fiat currencies) slowly lost their gold backing and today, there is a consensus that paper money is pure garbage and represents a value in gold that doesn't exist in practical terms. This means our governments are simply printing paper and issuing it out as national currency.

I believe these are the reasons government issued currency look appealing to most of us;

But in simple economic theory, money only needs these primary characteristics;

HOW DOES THIS APPLY TO CRYPTOCURRENCY

We can simply imagine a future where the people determine the acceptable medium of exchange, where we decide what is valuable as a medium of exchange or not. Where the government have limited control over it's distribution and transfer. This is the ideal state cryptocurrency. It is like tribal money or rebel money that powers a pirate economy detached from the state and beyond its controls and powers.

For example, Bitcoin and other coins are digital assets, we cannot convert it to jewelries or do anything to them. They are technically useless but continue to carry value as long as there is a large community that consider them valuable due to characteristics such as privacy of transaction or bypass of institutional financial systems. This is what I consider as consensus value and it will be the major driver of value for cryptocurrency in the future.

WHAT'S ALL THIS ABOUT?

So, I just gave a brief explanation on my thoughts about cryptocurrencies as lasting currencies as long as there exist a supportive community which is also large enough. This was what I thought about when I saw SwiftDemand. I won't talk much about it but it is simply a blockchain based project that pays users a daily income of 100 Swifts which you have to manually claim. There is an on-platform store where users can shop for goods and services ranging from physical objects, travel guides, taxis, Artworks and computer accessories using accumulated swifts. I must say I am yet to order from the store but I hope to do it soon since I have collected about 3000 Swifts over 30 days. As it's developers say " SwiftDemand is currently a digital currency and will soon become a full cryptocurrency. In mid-2018 all Swifts on SwiftDemand will be transferred at a 1:1 ratio onto the new Swift blockchain. Swifts have no direct connection to any form of currency and are not backed by anything. Swifts are only worth what other people are willing to pay for them. There is no guarantee about the strength of Swifts in relation to any other currency."

This leads back to the question on the "philosophical" value of money. Nevermind that I'm trying to introduce SwiftDemand to those who have not heard of it and trying to philosophize about money at the same time but here is the thing, why do some people think traditional fiats are better than digital currency when there are a lot of people willing to accept them as a medium of exchange?

Also, do you think integrating on-platform stores can help secure the future of cryptocurrency?

And are digital currencies a threat to established governments and their institutions since these currencies are beyond their control?

cryptocurrency cryptocurrencies blog bitcoin
2년 전 by ninjadroidx45
$0.05
6 votes
댓글 남기기 1
Authors get paid when people like you upvote their post.If you enjoyed what you read here, create your account today and start earning FREE STEEM!
STEEMKR.COM IS SPONSORED BY