A small analysis of the current star constellation in reference to crypto currencies: 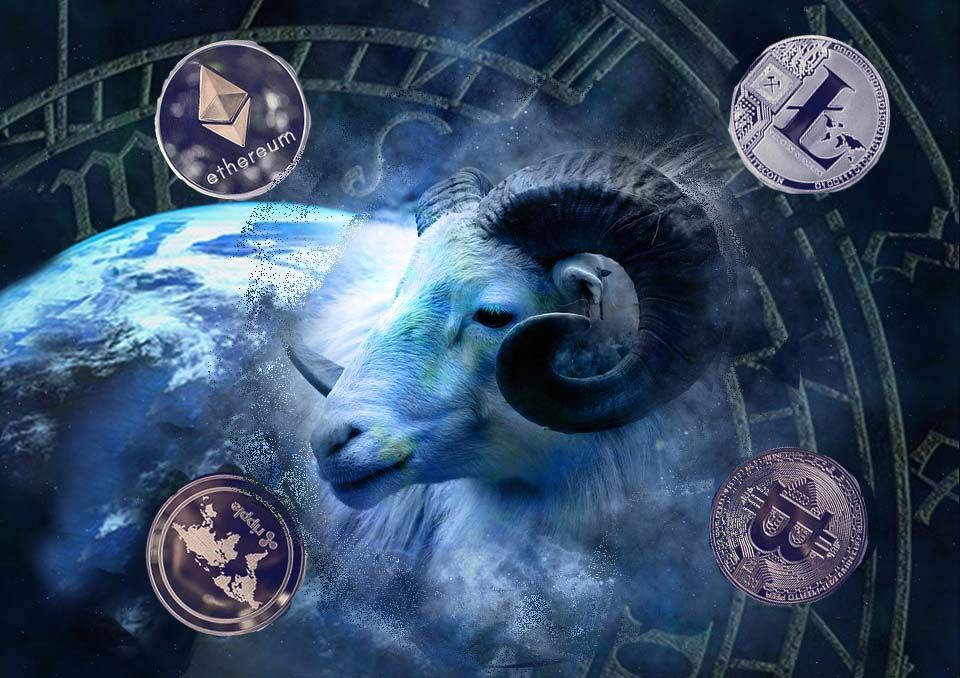 A small analysis of the current constellation in reference to crypto currencies:

This are the energys which the astrologers are currently focues on. Uranus is generation planet and therefore a slow moving planet, which will stay for seven years in taurus. Coincidentally it's approximately the time which crypto currencies need to completely mature (2-10 years) according to the opinion of some analysts.
For the analysis you need to combine both energies to different sentences. Feel free to play just a bit with them and see how it could fit for crypto currencies.

Uranus in taurus in 12. house:

cryptocurrency astrology blockchain promo-steem
3년 전 by psym0n31
$0.60
155 votes
댓글 남기기 14
Authors get paid when people like you upvote their post.If you enjoyed what you read here, create your account today and start earning FREE STEEM!
STEEMKR.COM IS SPONSORED BY

Lol do u have for aries?

Hey ya I've got a lot of material about it. I'll try a short version for you, but I would prefer a complete analysis for you, which also considers your ascendent, medium coeli, moon and also the aspects between the planets. Every horoscope is unique and you should see it as a whole, but the sun sign (your aries) is some kind of summary.

In psychological astrology are three different stages of living your energy. The first is inhibition, the second compensation and the third is the adult mode. If we stay in the unconsiousness, neuroscientist claim, that it controls over 90% of our daily activity, even if we believe we have a free will. So most people are stuck in the first two form, till they get more consious.

adult
activity, constructive energy usage, stong will, enforcement capability, natural masculinity, able to initiate, able to risk something, vitality, pioneering spirit, live out body instincts, athletic abilites
You're a fiery, active, initiative and spontaneous acting person. You're conditioned as a leader, who knows what he wants. It's easily for you to motivate other people.
Sometimes you aren't sure about yourself, but you always know what you want. You're quickly determined without thinking much about it. Mostly you're very directly and aren't planning that much to get into action. Wishes do you want immediately push through. If something or someone opposes against you, you could quickly get angry, because you don't have much calm and won't accept contradictions. It could be hard for you to accept other opinions than your own. So you're mostly fighting against other opinions and forces instead of uniting the forces of life. Dedication could be perceived as weakness.
You're a man of will and archieving your goals is your focus, but you could forget that the way is the goal.
Rarely you look backwards, because mostly you believe it's a wasting of time. Oftenly you find new goals to archieve, therefore you're oftenly changing your goals instead of finishing something, because the new goals looks much more attractive for you. Mostly you let other peoples do the implementation and details of your ideas, because of a lack of patience and you think that you have much more important things to do, because it's your task to start new things.
If some of your ideas got stuck, you're quickly searching for a solution, because you believe there are less things that you can't handle.
Your life is mostly stressfully and you're whipping yourself, because you aren't just with others in competition but also with yourself. Therefore you'll find rarely inner peace and calmness, because you're ignoring your inner voice. Ambitions are driving your life and you always want to be the first and best one, that is why you aren't avoiding conflicts.
The burnt earth behind you are you reasoning with survival of the fittest, if something new needs to get started, but you could overlook your ruthlessness and egoism in this acting.
Mostly you're an idealist, loyal fight fellow and friend, who's courageous and stands in every consequence to his friends and his convictions. You rarely let a friend drop down.
Also you wouldn't give up your opinion to get popular. Strongly you're fighting for your opinion, but need to be carefully to not impose others. This could be overlooked by your subjective view.
You've got a generous nature and reward loyal people, but you're strongly enforcing others and could overstrain them. It could ofently happen that you won't notice that you're overtaxing people. If you need to wait for others, it could get really hard for you.
It's hard for you to admit weaknesses and the patience to change them. But you have the courage to talk about your weaknesses, because often you believe that this are just characteristics of you others have to fight with and cope. You deprecate others to talk about your mistakes, even if you're doing it by other people.
Even if you have a uncertainty, you have a high self-confidence. Ofently you're overestimating your energies, when you're trying to dub insecurities.
You're the first sign, a pioneer and warrior who is making his experiences in the world. It's important for you to get confirmations from outside.
Mostly you will have a inner and outer youthfulness.
In partnerships you're mostly warm-hearted and faithful, but it could easily bore you, because you have inner impulses to take adventures. You're a conqueror and it bores you if you could easily get a woman. You're searching for a parnter, that won't fight against your will. If your partnership costs to much time, you quickly searching to find more freedome again. Most oppositions in a partnership you want to solve with good sex. It could happen, that you'll find yourself in partnerships while you're dreaming about new adventures. In principle it's important for you to be loyal. You expected to be loved by a woman for your masculinity and potency. For a proposal of a marriage or romantic hours you're the wrong person. Probably you would buy the wedding rings just before the marriage, because you're affraid about dependences. In partnerships you're also striving for leadership.
Mostly you're a bad loser, but you'll ofently archieve quickly your optimism of life back and get soon back to new challenges.
You're processing defeats and psychological pain with beginning of something new or creating conflicts in the outside world. If you're feeling bad, mostly you'll search for movement.
You could be described as the untutored and unteachable child, which hits others with direct speeches and thoughts. What others think about you isn't your interest, you only feel committed to your ideals and your truth. Social rankings don't exist for you, so you could appear for other to be respectless and outrageous, because you're confrontating others on eye level.

Nice to meet you!
I am a Japanese astrologer.
I think that Uranus and the cryptocurrency are very closely related.

Hey masami69!
Nice to meet you too! :D
This is amazing what kind of astrology is commonly in Japan, the western or Chinese horoscope? Do you have a homepage for your services?
Ya I believe to, that this is a strong and good constellation for the blockchain technology in general. Did you have a look on the transits of the other planets and effect of the rule of the houses like Venus for taurus and the 11. house for uranus?

This is amazing what kind of astrology is commonly in Japan, the western or Chinese horoscope?

Neither astrology is common in Japan. It is a very underground culture.
Most of the astrologers have mastered both. I am using Western astrology, but I am also studying Chinese astrology.

Do you have a homepage for your services?

Previously, I had a website, but I do not have it now. Instead, I accept appraisals on steemit.
https://steemit.com/steemit/@masami69/eng-jpn-horoscope-apprasial-by-mail

Did you have a look on the transits of the other planets and effect of the rule of the houses like Venus for taurus and the 11. house for uranus?

So you don't use houses or axes?

So you don't use houses or axes?

No, I will.
When importing a personal horoscope, I emphasize my house and axis, but I do not care when reading social events.
I feel that social phenomena strongly reflects angles and constellations of celestial bodies, not focusing on houses and axes.

I believe that houses and axes exist for human beings.

Ya you could be right!

Congratulations @psym0n! You have completed some achievement on Steemit and have been rewarded with new badge(s) :

Congratulations @psym0n! You have completed the following achievement on Steemit and have been rewarded with new badge(s) :