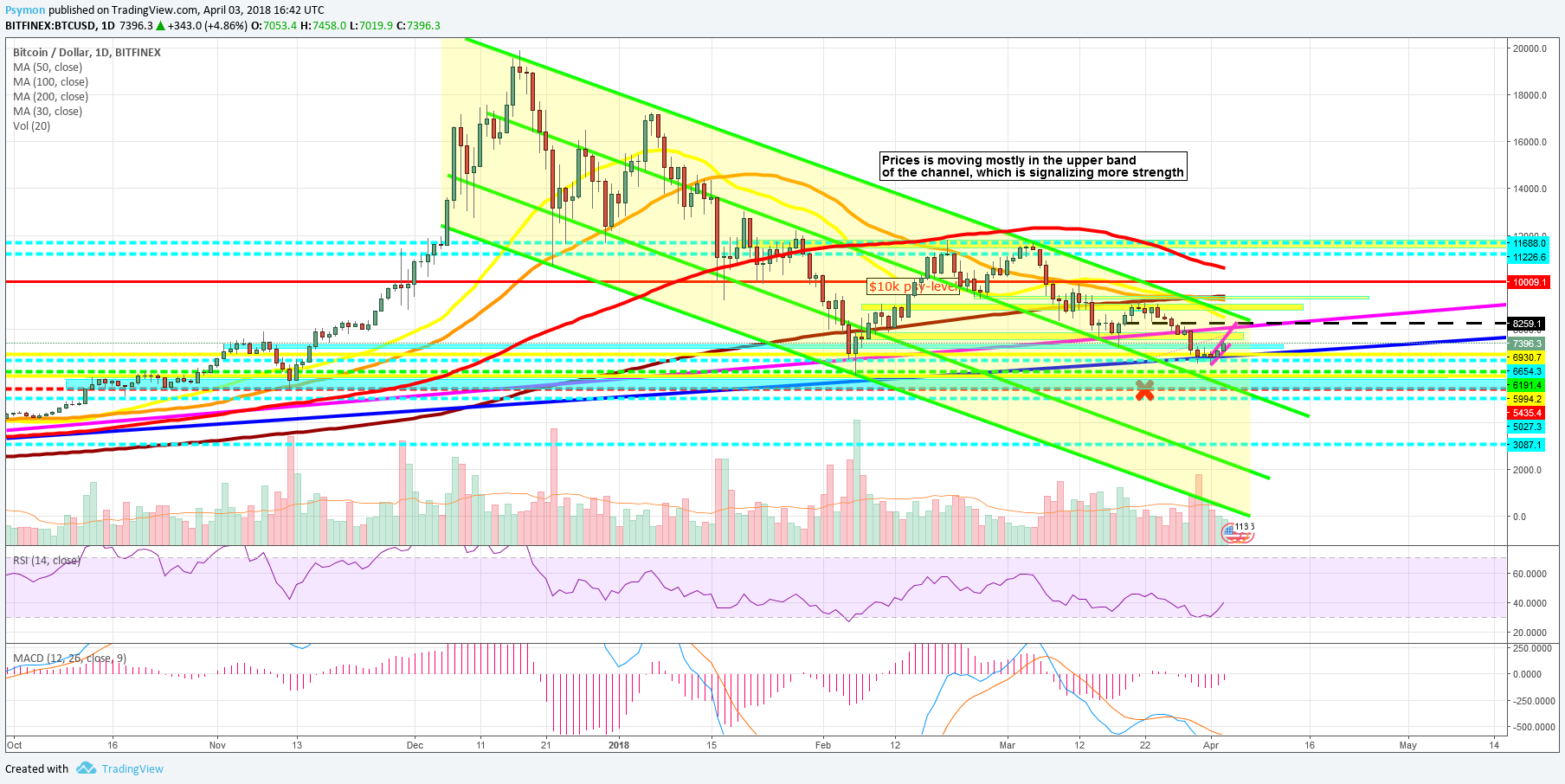 cryptocurrency bitcoin money crypto trading
3년 전 by psym0n31
$0.00
3 votes
댓글 남기기 2
Authors get paid when people like you upvote their post.If you enjoyed what you read here, create your account today and start earning FREE STEEM!
STEEMKR.COM IS SPONSORED BY

Added to my follow list. Keep up the good work and what do you think of the current market?

Hey thank you very much for your friendly feedback! I was scared of the professional investors, who entered the market at least in November/December of 2017, because I knew short selling from before, so I expected a bit, that the prices will drop with "negative" news, which we're inflated by individual interest. Sometimes even fake news have been spreaded by mainstream media, without proper checking, like an email they got by a Japanese Exchange. Also James Daimon, CEO of JPMorgan, corrected his opion, cause the prices were maybe already to high for them to enter the markets in a "safe" way.

The Chinese New Year, which is known for taking profits at annual account, paired with the news waves of regulations in different countries, gave really good short selling setups.

Mt. Gox was also an issue, cause they sold big amounts of BTC to pay of their clients, which got robbed out by a hack. Some speculated, it could have also an influence. 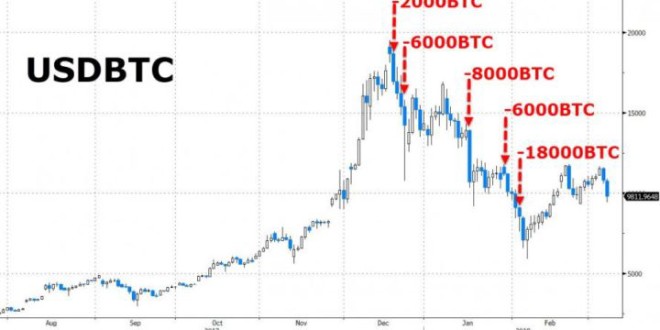 Even if it's sounds like a conspiracy theory, I also believe a bit, that politicians were afraid, cause they don't know how to oberserve the financial systems properly and are afraid about the financial stability. Otherwise they don't want to miss out the technological advances, the blockchain technology will bring. Also they would miss out taxes and influence in the world, if they clamp down to strictly.

The traditional markets had a boom since the trump election in the last year. Currently you can see a positive correlation between BTCUSD and NASDAQ100/DOW. I guess the smart money as hedge fond manager will only invest in a high risiko assets, if their portfolios are going well in traditional assets.

Today I saw a video of data dash at youtube, where he's also comparing the influence of the implementation of future contracts on the commodity market for different commoditys. He's also talking about the "conspiracy theory" of market manipulation. But if we remember how many scamers and fraud will mostly always appear in every new market like in the internet bubble, we could understand, that this is a normal process and greedy guys always take their chances, if they need to or have the feeling of a need.. But all in all, I guess politicians will be as mostly a bit to slow and other contries could give better perspectives for growth with much more friendlier regulations, so they wouldn't miss out either. Even the crypto community couldn't estimate the evolution, how should the politicians, who are much older, can?

I think the regulation process could be a good way for the mainstream adaption. Many companys are also experimenting with the technology and I would say the potential isn't exhausted yet. Some ICO's and projects could have a profitable future like in energy market, health care, travelling and payment systems. The health care ledger is planned for a long time in Germany and I guess in other countries too. I would expected big advances through the interpretation of A.I. with consumer data of health care systems.
Mostly it will eleminate the middlemans, but could also be a risk for employees, so we have to rethink about the debate of a unconditional basic income.

Industrial Revolutions can split the society into nationalism, caused by the fear of unemployment and the future. The financial crisis, which will surely happen after the FED is raising the interest rates, combined with high credits, high Shiller-KGV, share buy backs after a period of low interest rates, which made it attractive to take more credits, could bring the crypto space also in danger. Economical bubbles will bust, the question is only when. The artifically saving of the econmics, nowadays the protectionism of Trump, the bubble in China and many more could bring the global economy quickly in danger. Specially if the trade war of Trump will continue. One question will be, if the crypto currencies will be a substitue for gold in times of a hyperinflation or if it will completely lose it's worth, when people are struggeling for their food.

The option to trade into projects, that doesn't even have a product is relative new for private investors and before it was mostly common in wealthy societys, cause it's one of the most riskfull investments. So if many newcomer, 95% of all trades mostly loose their money, enter such a riskfull market, there could happen much desasters, specially if they don't read the white paper as in the case of Digix Dao.

Anacyclosis could further explain the movement of cryptocurrencies within the ochlocracy which could also be the reason for the popularity of nationalistic movements these days, like in France, Germany, Austria, Netherlands, Turkey, USA and more. Maybe different ventures will evolve their own money systems, which will be defended by lawyers or global regulations will find a common interest like in the Cloud act.