Bitcoin Down to 7500 before a Massive Rally 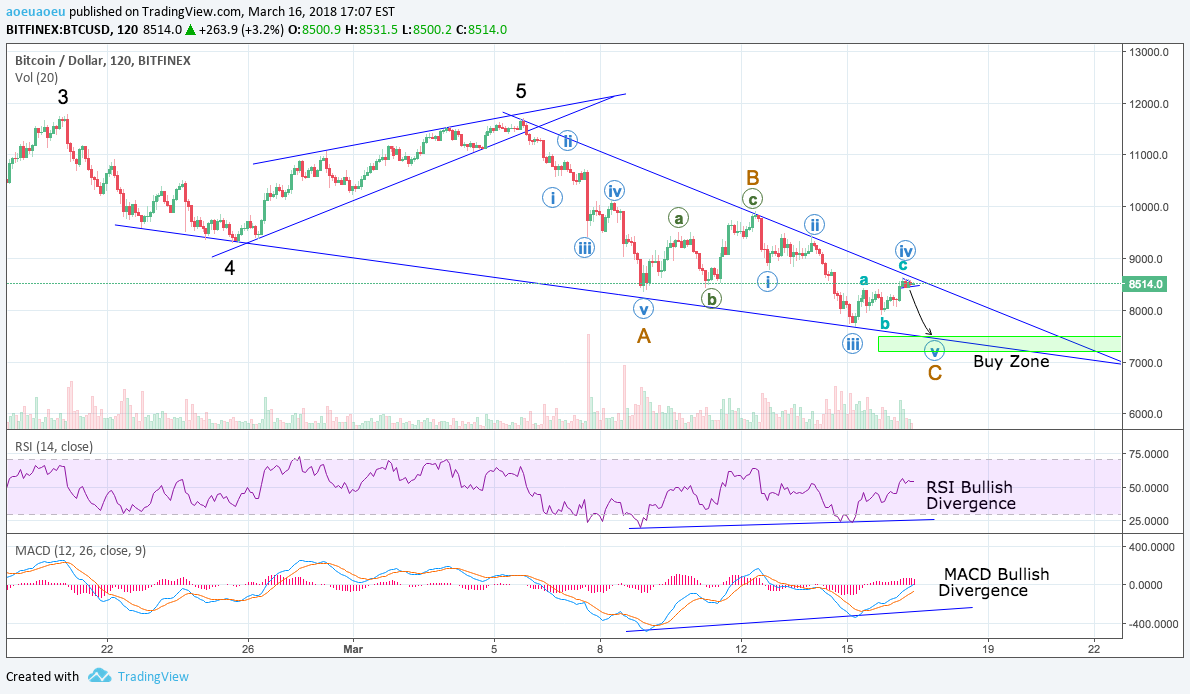 Bitcoin is currently in the progress of an ABC zigzag correction and still is missing a fifth subwave in the C wave. The fifth subwave, based of a 1 to 1 Extension of the first subwave, should reach at least $7500 or lower. After this low, Bitcoin will likely rally to at least $13,000 according to Elliott Wave Theory. Bitcoin would be starting wave 3, and wave 3 is never the shortest and usually the strongest, meaning the estimate above is a conservative estimate. There are many other signs that show that the correction is almost over. There is bullish divergence on both the RSI and MACD and a falling wedge pattern forming. These three signs indicate that even though the price is going down, the sellers are actually losing momentum. Every downtrend is getting smaller and smaller, meaning that there are less and less sellers. Soon the sellers will run of ammunition, and the buyers will take over.

cryptocurrency bitcoin technicalanalysis elliottwave priceprediction
3년 전 by swagtoshi32
$0.00
1 vote
댓글 남기기 2
Authors get paid when people like you upvote their post.If you enjoyed what you read here, create your account today and start earning FREE STEEM!
STEEMKR.COM IS SPONSORED BY