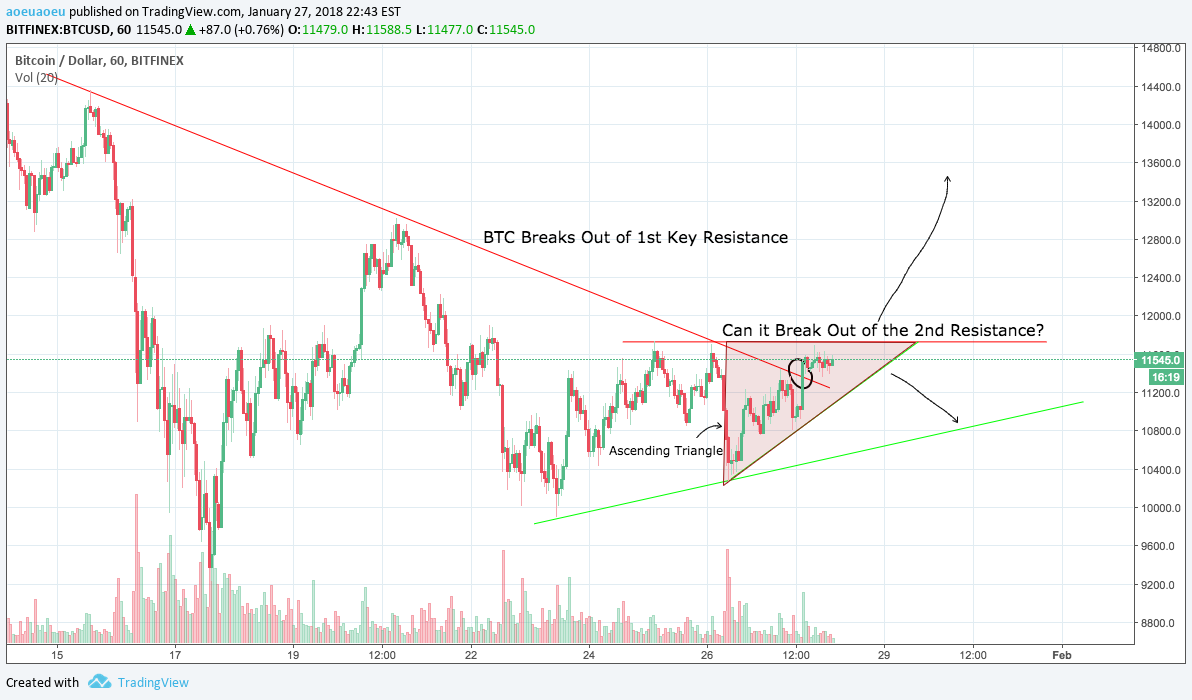 Bitcoin broke out of a strong downtrend line and is attempting to start a breakout. However, it still has to break out of the ascending triangle and the 11.7k resistance level within the next day or so. If it does, Bitcoin could see a pump to the 13k region or more. If it does not, Bitcoin will likely test the 10.8k region and likely the 9k region. (Weekly) The RSI is approaching a key support level around 53 that has always held since the Bitcoin hype started a year and a half ago. The MACD is close to crossover, but in the past, the MACD always leveled off and the bearish crossover has never happened. Based off a key trend line, BTC has strong support in the 9k-ish region.

The weekly chart is indicating that Bitcoin has found strong support, and the correction phase is almost over. However, it'll extremely bad if Bitcoin tumbles below 8.5k and breaks 50 RSI, breaks the trend line, experiences a crossover. If that happens, key support levels are broken, and it could mean that this correction will be different from previous corrections. 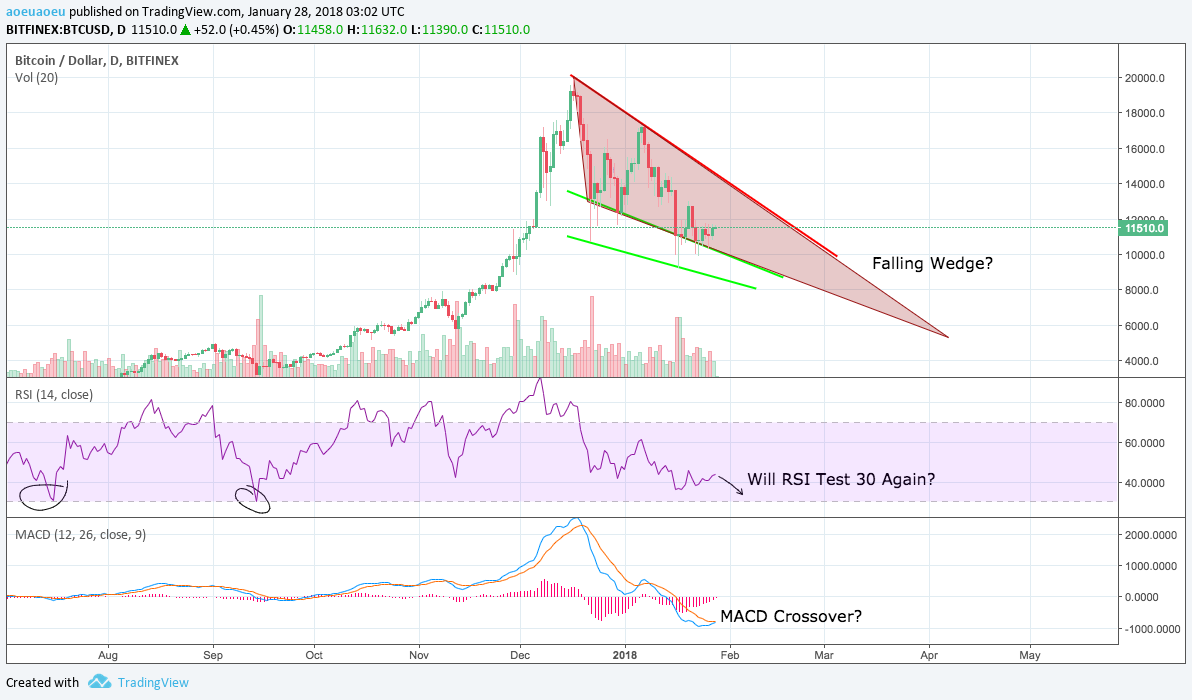 On the daily chart, it seems that Bitcoin is not quite done correcting. In the past, Bitcoin has bounced off the 30 RSI level during corrections, and it could easily test that level again. In addition, a falling wedge is forming, and Bitcoin may see another touch on the lower support line. On the bright side, the MACD is close to a crossover. The 4 hour chart isn't looking so great either. Bitcoin has some strong resistance in the 11.7k to 15k area. A price spike upwards could easily be a bull trap. The RSI is wedging; a break below the support line will send the price tumbling towards 10 or 9k, and break above will likely sustain a short-term up trend. However, the MACD is bullish as a key resistance level is broken and has found a strong support line.

Disclaimer: This is just my opinion and not financial advice.
Tradingview Link: https://www.tradingview.com/chart/BTCUSD/CT6CaNj9-BTC-Important-Levels-to-Watch/

cryptocurrency technicalanalysis bitcoin
3년 전 by swagtoshi32
$0.00
3 votes
댓글 남기기 1
Authors get paid when people like you upvote their post.If you enjoyed what you read here, create your account today and start earning FREE STEEM!
STEEMKR.COM IS SPONSORED BY

Interesting analysis. I'm not normally into subjective TA but always curious what people thing. I'm bullish on BTC for short term ( long term too, but it will go back and forth) Check this out if it interests you: https://steemit.com/steem/@weilii/introducing-the-neux-oracle-steem-and-bitcoin-trade-signals Just started following you, would appreciate a follow back if my price analysis content interests you as well :)