ETH prices about to CRASH!!!

Over the past few weeks, we have seen the price of ETH go parabolic. Anytime the price goes parabolic, the price will always experience a substantial correction. The question is not whether it will crash - it definitely will crash - but when is the peak. There are several signs that this is the top. 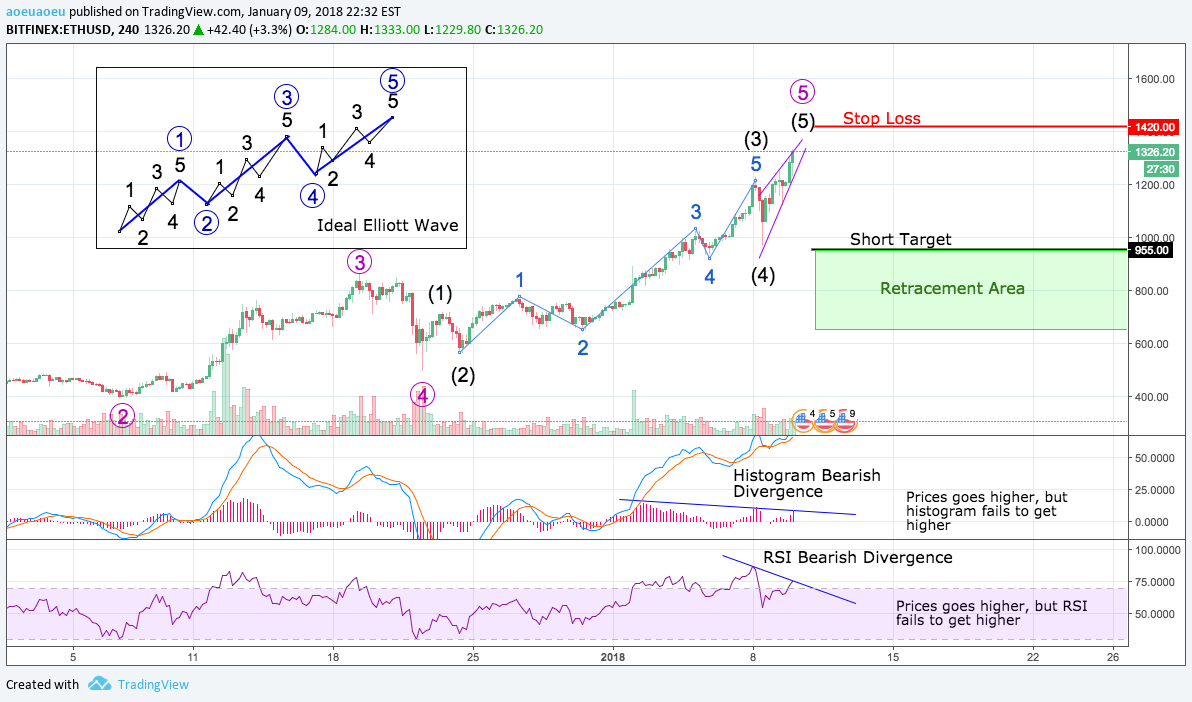 We have also completed the 5 sub-subwaves within the 5 subwave.

What if this analysis is wrong?
We are never certain in trading, and I could wrong. Perhaps, Ethereum will experience only a minuscule correction before skyrocketing to the moon. It may develop an extended fifth wave. That is why I set stop losses. However, with these signs, I think that a crash is the most probable course of action. In trading, we trade based on probability, not certainty. Most similar setups in the past have led to a crash. cough Bitcoin to $20,000 cough Litecoin to $330 cough

Conclusion
A temporary top for Ethereum is definitely near. If Ethereum doesn't drop within the next day or so, it will eventually collaspe in the following days. The price has simply gone up too quickly too fast. It's better to not be greedy and buy back during the dips.

For daring and adventurous traders, I have outlined a short setup with the target and the stop. Please note that this is very risky as we are still in the uptrend for the time being.

Disclaimer: This is just my opinion, not financial advise.

If this has helped you, please share, upvote and resteem.

cryptocurrency technicalanalysis elliottwaves crash divergence
3년 전 by swagtoshi32
$0.00
3 votes
댓글 남기기 0
Authors get paid when people like you upvote their post.If you enjoyed what you read here, create your account today and start earning FREE STEEM!
STEEMKR.COM IS SPONSORED BY