YouTube, DTube, Library Credits and why you should use the Brave Browser and reward both yourself and your favorite content creators. We all know how terrible YouTube's snowflake SJW liberal disease is hurting lots of great content creators. I'm not going to post on how terrible it is for creators who talk about violent or sensitive subject matters. There is nothing free in this world. Free stuff is a race to the bottom and those who want to go against the tide face a lot of trouble. Social political issues is one thing. But some great channels that talk about psychology and horror get demonetized because some snowflake tagged it inappropriate.

A lot of you guys will want to point DTube. It's really great. It's also a real pain. I love the project but not the service. It's still in the early days. I wish best of luck to the devs. But at the moment you can't deliver a great sophisticated experience with DTube. Library Credits is a great alternative for short movie like content. I think it's a great project. But I don't think it's viable for news, Vlogs and short quick explanation videos.

You can take a look at it here: https://lbry.io/

So if anything is clear, we need to milk that YouTube thingy for what it's worth and generate some revenue despite the Adpocalypse. Until blockchain took over the scene, Patreon was the only viable source which also joined the SJW bandwagon though it's not to the same extent. So how do we support ceators while starving the beast? Enter the Brave.

Brave is created by  Brendan Eich  who created JavaScript and co-founded Mozilla and got kicked out due to a minor SJW incident. Now he and his team is back to take over the online advertisement industry with https://basicattentiontoken.org/ which shares their revenue with the people who watch the ads. The Brave browser is a very important part of it. The browser is loaded with ad block and privacy features and it's has a pretty good User Experience.

But it's still not perfect. Here is what @bobinson told me after I started a conversation about BAT and Brave Browser.

I was thinking about the Brave again. I had played around with the code and whenever possible I compile the tools myself as I feel thats gives a better sense of security and possibly speed. May be we need to raise bugs about the missing fine tuning aspects. For example the ones I raised were quite silly!

It's still a project under development. But it's certainly a damn good one. The mobile versions still don't have BAT integration. Apart from that Brave is my Favorite and default web browser on mobile. Desktop version is yet to become my default. The Android version already has over 1 million downloads and  there are over 243K Brave browser wallets that have been opened so far.  The average value of a wallet is $45. It's not much, but it's a good start. YouTube stars can now earn a little piece of that making them less dependent on YouTube monetization. Brave will also introduce a lot of people into crypto. There are many people who got into crypto because of steemit. Brave will bring in more people as everybody needs a browser and their browsers pays you and your cherished content creators. Who wouldn't love that.

Using Brave and blocking the ads will also be a blow to the centralized entities that are in the pockets of 3 letter agencies like NSA.  YouTube creators will be listed as individual publishers in Brave Payments. This allows BAT contributions to flow directly into their wallets. It means YouTube won't be taking half the pie when you contribute to your YouTube star.

It's not too hard to implement this on other similar websites and the so called free services that treat us like products to make their money will lose revenue. We are not products. We worth a lot more than the data we Produce. We need cold hard capitalism that isn't tainted by cultural Marxism. BAT is a great way to achieve that.

So be Brave and choose Brave.

cryptocurrency brave bat news lbry
3년 전 by vimukthi72
$0.34
30 votes
댓글 남기기 11
Authors get paid when people like you upvote their post.If you enjoyed what you read here, create your account today and start earning FREE STEEM!
STEEMKR.COM IS SPONSORED BY

Really I have to try it, is promising.

Yep. Think what steemit did for social media and have that replicated on a browser+online advertiser with some veteran talent to carry out their promises. Mobiles have pre-installed browsers and there are people who are not too willing to change. But having a bunch of YouTubers+some additional partnerships with websites can really push adoption. Browser being on par with others and being faster because of adblocks certainly help. As an extra benefit you'll also be consuming less data. 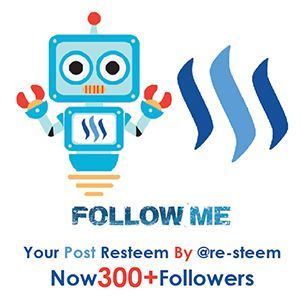 This post received a 19% upvote from @morwhale team thanks to @vimukthi! For more information, click here! , TeamMorocco! .

The @OriginalWorks bot has determined this post by @vimukthi to be original material and upvoted(1.5%) it!

Thanks for this brave browser info. Its highly needed ! Want to Boost your Posts? How to use service