If you haven't heard by now, the Senate had a hearing on cryptocurrency and ICOs yesterday, and it was seemingly quite bullish and more favorable than most would have predicted. You would think that the big news agencies might have something to say about it - and you would be quite right. What they had to say however, isn't what you might expect.

CNN reported a headline titled "Bitcoin's 'many problems' puzzle regulators, with no mention of the positive tone struck during the hearing.

Bloomberg has a few posts on cryptocurrency currently, and they all strike a pretty negative tone. 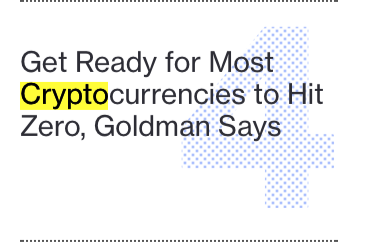 You might remember the Tether drama a few days ago, which was initially reported by Bloomberg, citing an audit which supposedly had happened "a week ago" at the time of reporting, but subsequently edited to December 6, 2017 with no editor note.

It makes you wonder, what agenda do these big news outlets have? Some say it's systematic FUD to accumulate for themselves. Others say they're simply scared of what cryptocurrency brings to the table. I'm not so sure myself - perhaps it's a mixture of both?

cryptocurrency crypto bitcoin ethereum news
3년 전 by zhangster39
$0.00
2 votes
댓글 남기기 4
Authors get paid when people like you upvote their post.If you enjoyed what you read here, create your account today and start earning FREE STEEM!
STEEMKR.COM IS SPONSORED BY

I think big money people manipulate the media to some extent to move the price the way they want, and maybe manipulate some governments

Yeah I've been thinking that too. This past month and a half, FUD after FUD has been dropping from all different big news outlets, citing big names ... make you think huh

They promote fear to get the prices lower so they can all hop in when the price is at a all time low, jp morgan did the same thing with the stock exchange,I watched the meeting overall they are for it but want to regulate and crack down on scam ICO which that I am all for!Nice article

So when the rebound starts we should see a systematic promotion of crypto and lack of FUD? I can buy that