EOS Looks Poised for a Move Toward Record Highs 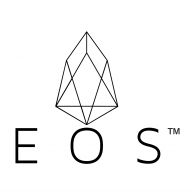 EOS seems to be preparing for a move back toward all-time highs, price chart analysis indicates.

Stepping back a bit, the 38.2 percent Fibonacci retracement is one of the three golden ratios of technical analysis, with the others being 50 and 61.8 percent. They are often considered strong support/resistance levels. If prices break below the 38.2 percent Fibonacci retracement level, then the next support is the 50 percent, followed by 61.8 percent.

However, if the 38.2 percent support level holds, as is the case with EOS currently, then it is considered a sign a pullback has run its course.

As seen in the chart above, EOS bounced-off from near 38.2 percent Fibonacci retracement support on May 1 and seems to have built a base around $16.30 in the eight days since.

Notably, daily trading volumes have dropped sharply in the last two weeks, indicating the pullback is likely nothing more than a bout of profit-taking.

Further, the long-run momentum studies are biased bullish (sloping upwards). For instance, the 20-day and 50-day moving averages (MAs) are trending up and EOS is sitting well above those levels.

Interestingly, EOS/USD long trades on Bitfinex have risen to record highs, despite the pullback and recent sideways action in prices, indicating that dips are being viewed as buying opportunity.

Hence, EOS looks likely to scale the $20 mark soon and could have another go at the record high of $23.03 ahead of the mainnet launch, scheduled for June 2 - an event keenly anticipated by the community and investors.

As of writing, EOS is trading at $17.81 on Bitfinex - down 0.78 percent from the previous day's close of $17.95. The cryptocurrency notably rallied 193 percent in April and was the best performing top 25 cryptocurrency by market capitalization.

EOS could re-test $20.00 in a few days and may find acceptance above that psychological hurdle. In such a case, a rally to fresh record highs above $23.029 cannot be ruled out.
On the downside, a daily close below $15.71 (38.2 percent Fibonacci retracement level) would signal the rally from the March 18 low of $3.87 has ended and could yield a deeper pullback to $11.19 (61.8 percent Fibonacci retracement).
Additionally, prices could suffer an exaggerated drop on even slightly bad news, courtesy of extreme positioning as represented by record EOS/USD long trades on Bitfinex.

cryptonews eos
2년 전 by techguru37
$0.05
2 votes
댓글 남기기 3
Authors get paid when people like you upvote their post.If you enjoyed what you read here, create your account today and start earning FREE STEEM!
STEEMKR.COM IS SPONSORED BY

Congratulations @techguru! You have completed the following achievement on Steemit and have been rewarded with new badge(s) :