Mama's bread machine gave up the ghost a while ago as she told you in her post on Farmstyle Fruity Seed Bread, so she kneaded some wholemeal seed bread dough in her reliable Kenwood food mixer and made a small loaf of Seed Bread, experimented with different shaped bread rolls plus made a Vegetarian Pizza using Eggplant/ Brinjal / Aubergine or whatever you may call it in your country :) 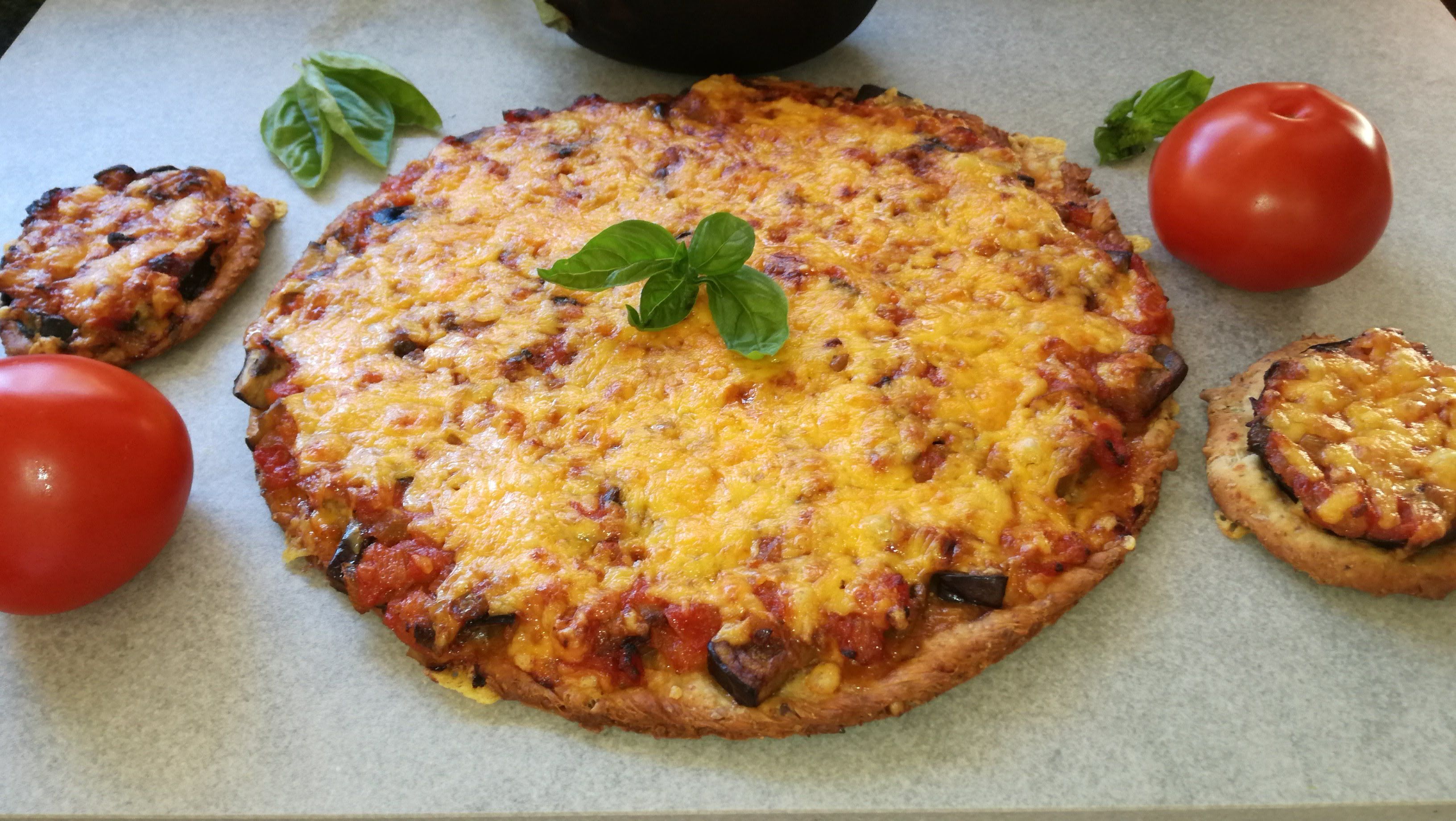 A variety of Seed Bread Rolls & Seed Bread
There was much activity in her kitchen on this day as you will see. She let the dough prove for just over an hour and pinched off a piece of dough for her pizza. Dough recipe below.

Diced onion was sauteed till just starting to caramelize in Butter and Olive Oil in a small saucepan. 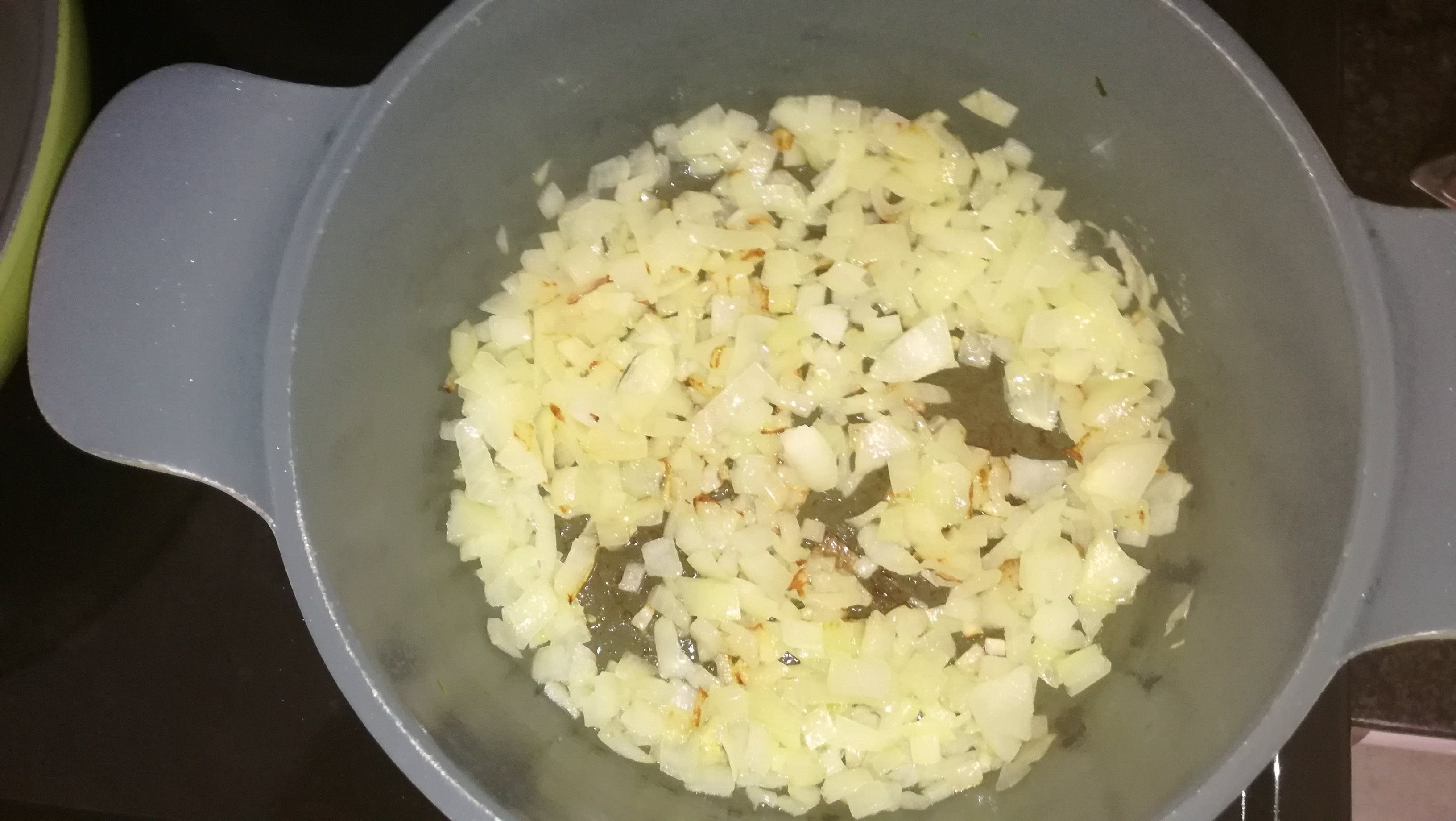 Diced Tomatoes and Fresh Basil were added and seasoned to taste. This was cooked over a medium heat till sauce thickened, mixture was left to cool a little. 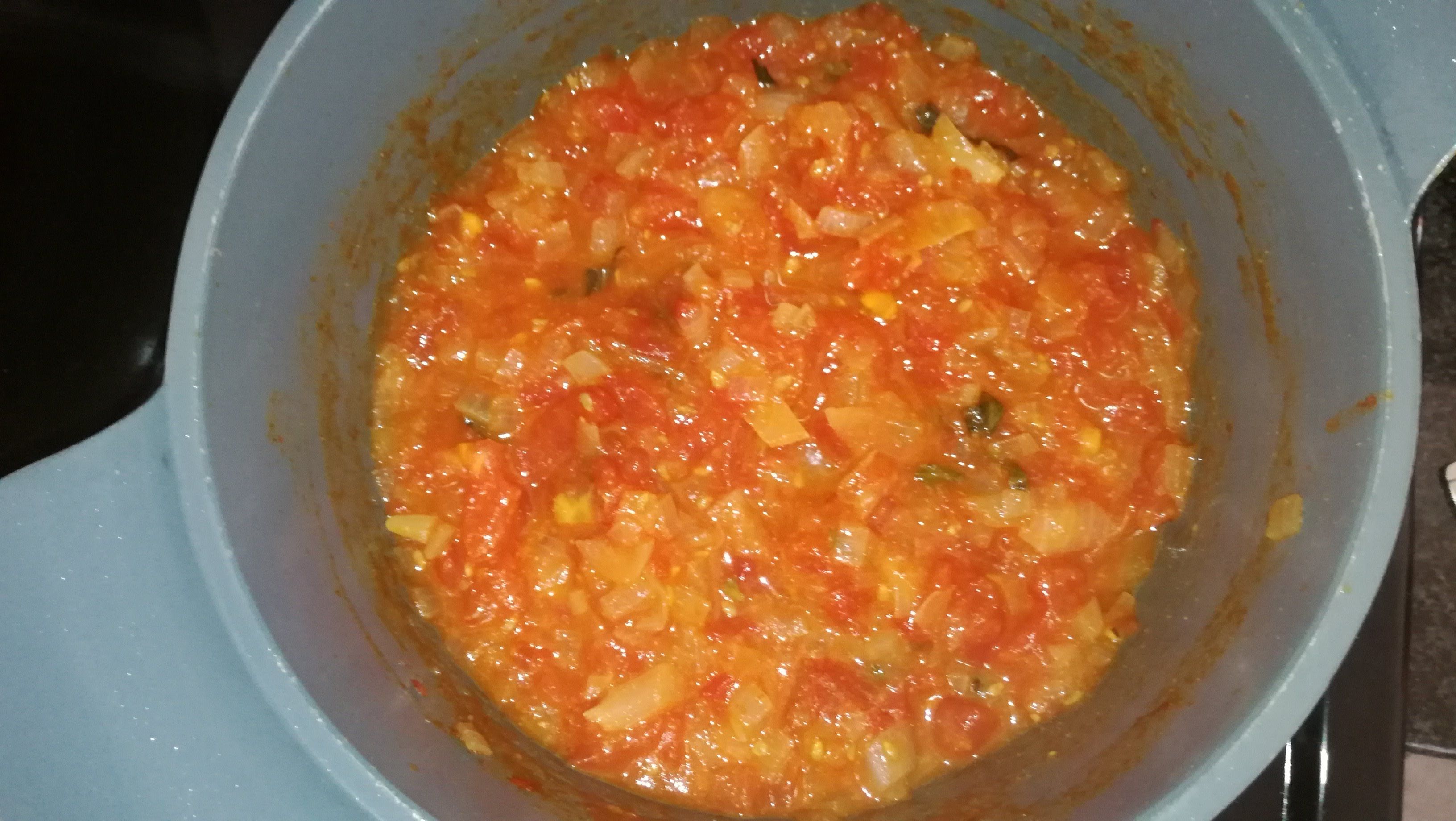 She sliced the Eggplant/ Brinjal / Aubergine. Two slices were kept intact to make two small round pizzas, the balance diced.
She melted approximately 2 tablespoons Butter in 2 tablespoons Oilve Oil, added crushed Garlic and Eggplant, sauteed it and added her favourite seasoning, then set it aside to cool as well. 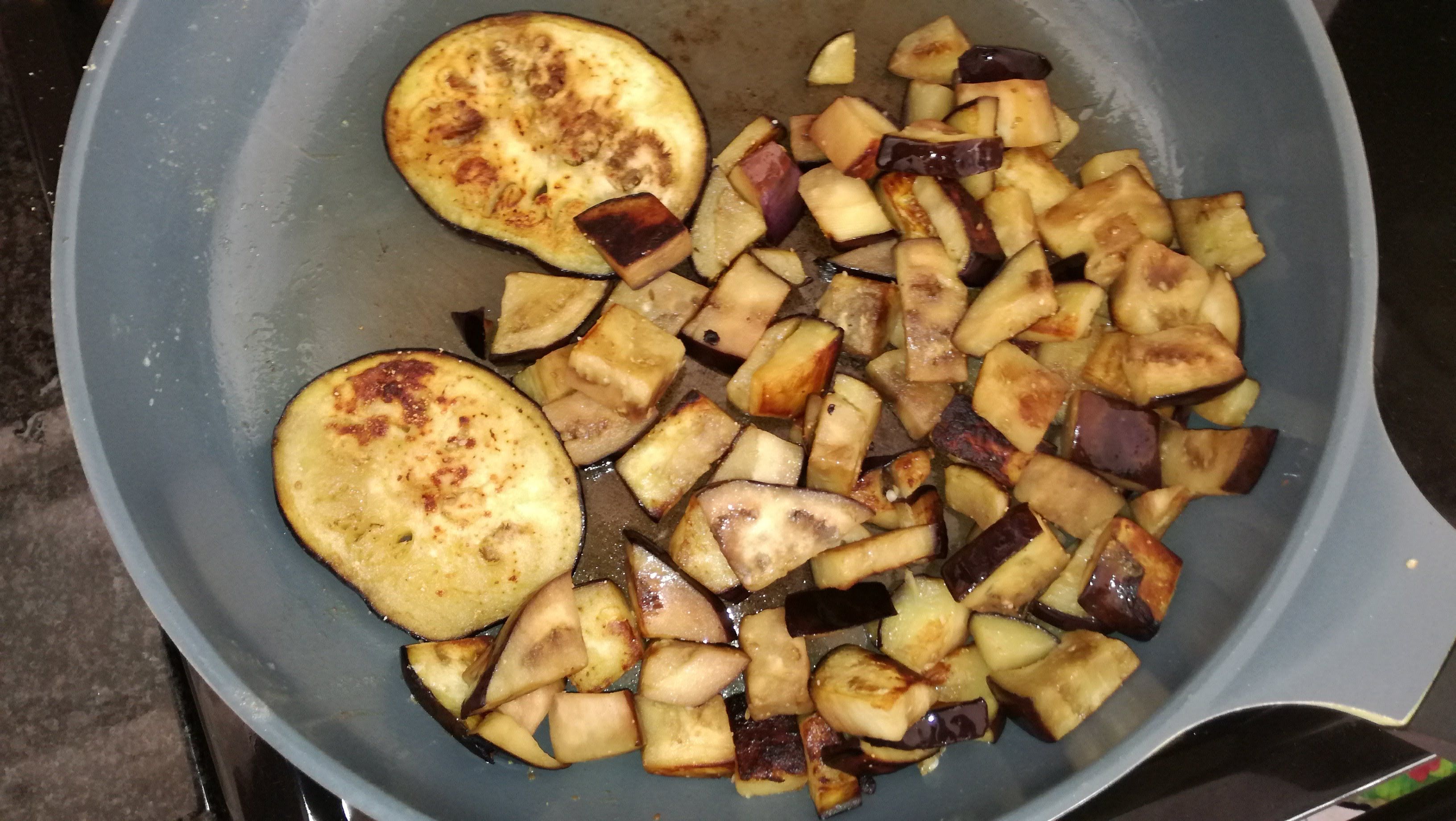 Dough was brushed with a little melted Butter, Eggplant rounds placed on top. 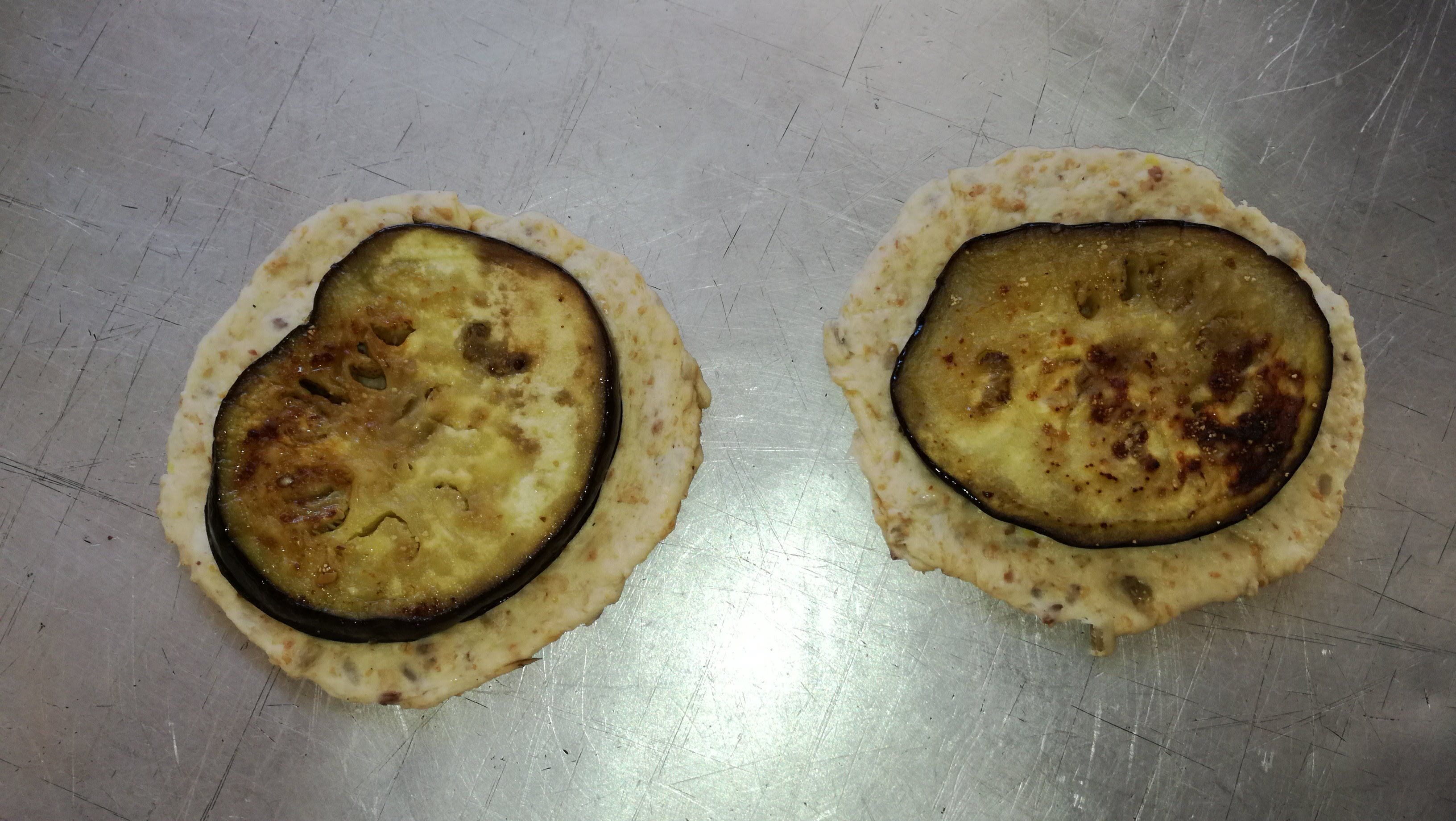 Finally grated Cheese to top it all, placed into a hot oven till edges of base was nicely browned, 190 C in fan oven or 200 C in regular oven. 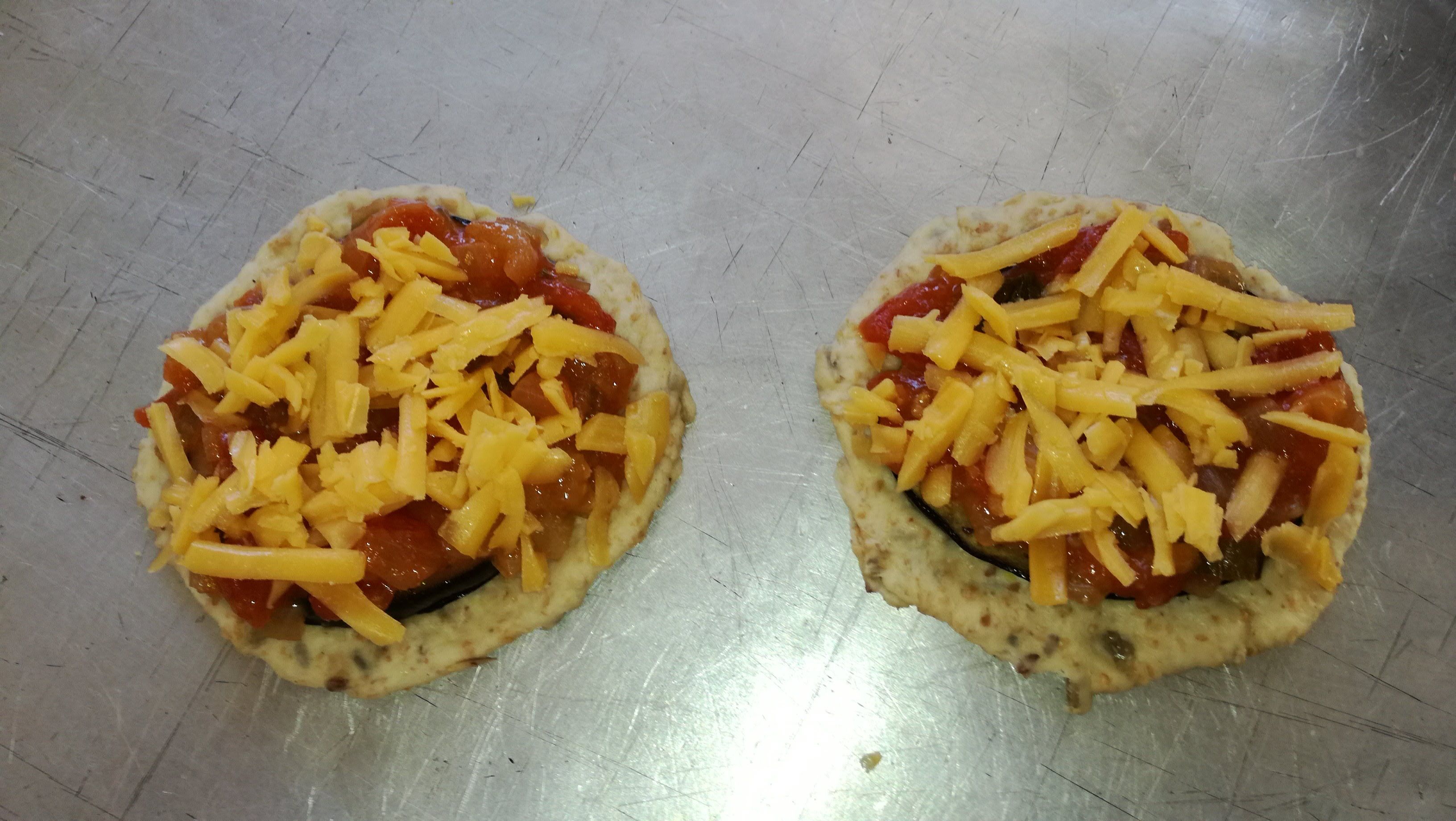 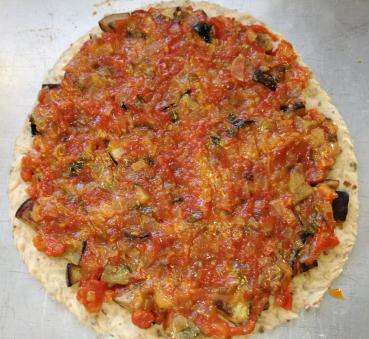 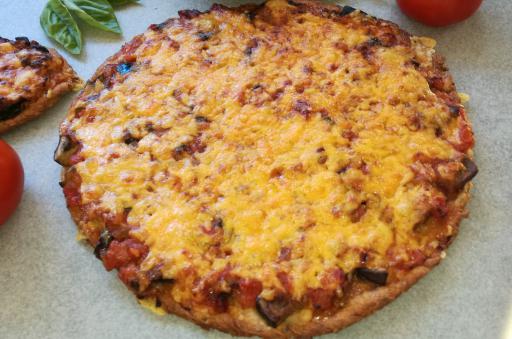 Those crispy edges and the aroma was amazing, Mama should have made two large pizzas as Papa Bear is already hovering around, this is not going to last long! Back to the bread dough - Mama pinched off 6 smallish pieces of dough to make bread rolls. 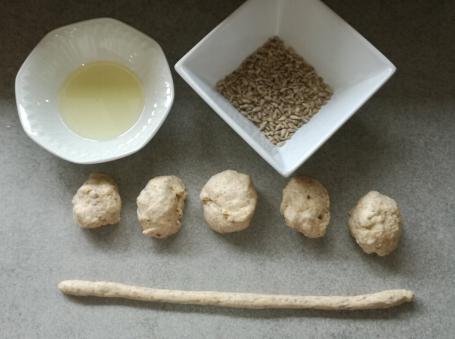 Mama enjoys playing in her kitchen so made a couple of different shapes, even sprinkled cheese on the wholemeal 'croissant'. She left it to prove, then baked it for about 15-20 min in a fan oven at 170 C (or 180 C in regular oven). 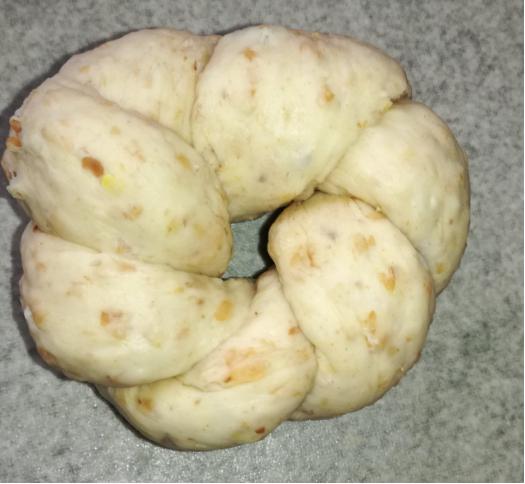 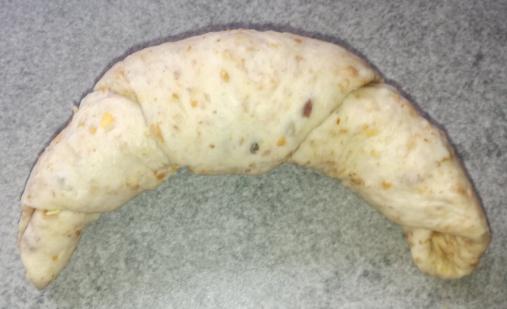 She placed the remaining dough into a medium bread pan, after sprinkling seeds on base of pan as well as seeds on top of bread, left it to prove, then baked it in a fan oven at 170 C (or 180 C in regular oven) for about 40 minutes. Papa Bear was drawn into the kitchen by the smell of freshly baked bread; cold butter curls waiting to melt into the hot bread! 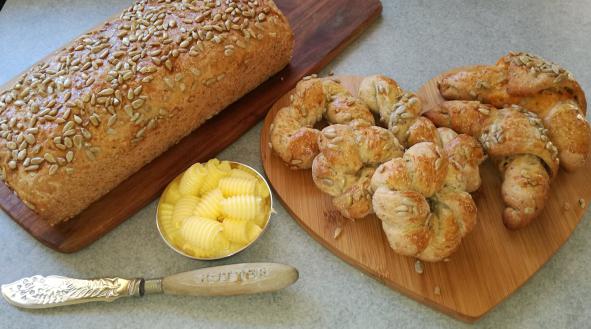 Recipe for Wholemeal Seed Bread Dough
200ml Warm water
200ml Natural Yogurt
5ml Salt
10ml Brown Sugar or Honey
10mg Yeast
4 cups Wholemeal Flour
Seeds can be omitted or reduced if you'd like a lighter loaf
Handful Flax Seeds
1/2 cup Sunflower Seeds
Handful Pumpkin Seeds
Mama is used to her bread machine so she added the ingredients into her Kenwood food mixer in the order she would normally use in her bread machine i.e. liquids first, then salt & sugar, flour, seeds and lastly the yeast on top. She used the Kmix dough hook and turned mixer onto low speed, kneaded it till dough came together into a ball, set it aside in a warm place to prove.
Have a look at her post on Farmstyle Fruity Seed Bread for detailed method on making this flop proof bread dough.
Papa, Mama & Granny Bear all went to bed that night with full and satisfied tummies, almost went into hibernation...but it's still summer here in South Africa so none of that just yet, the birds wake them as soon as the sun rises on the East coast of Africa :) 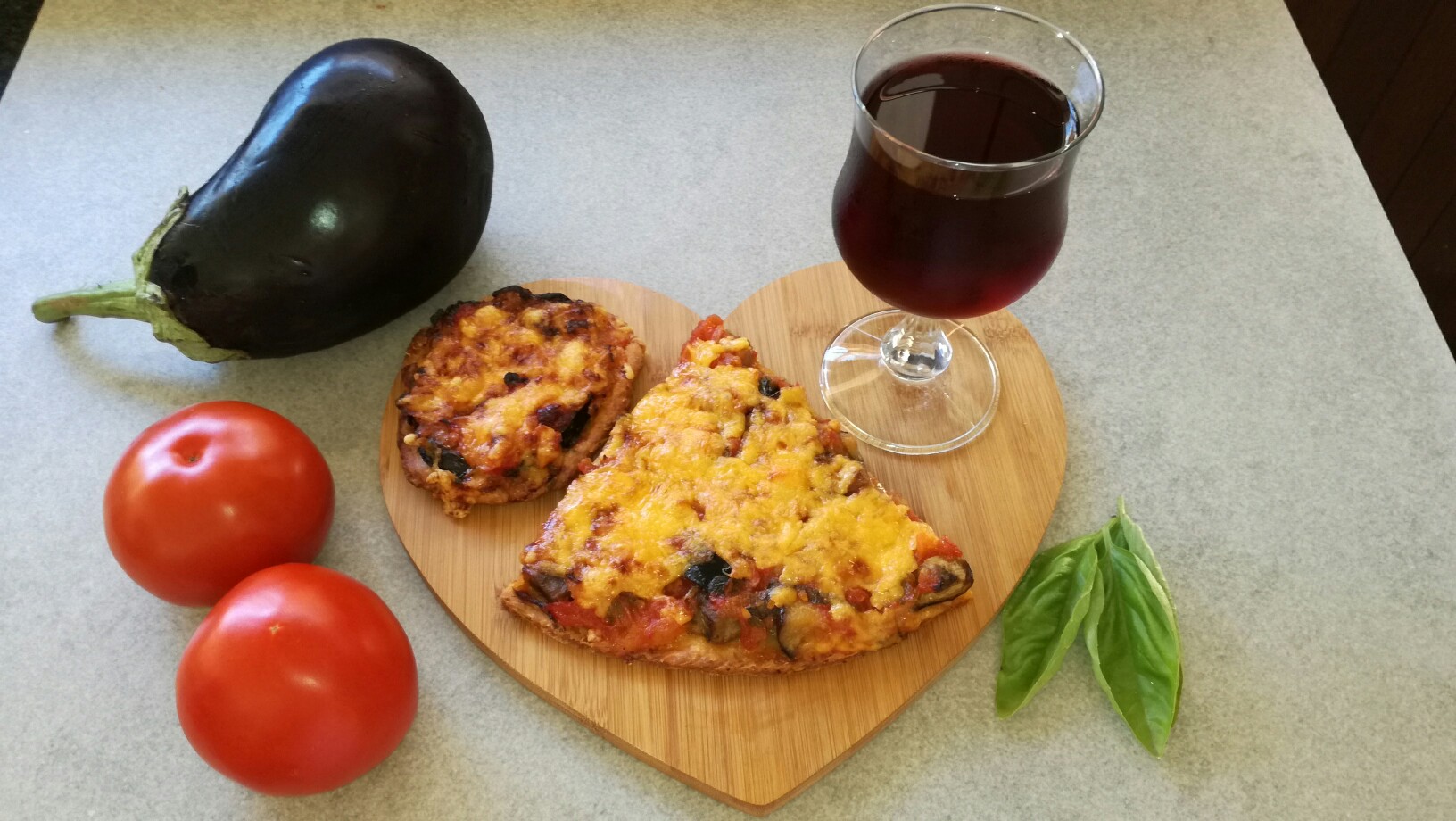 dailyfoodphotography foodphotography food thesteemengine teamsouthafrica
4년 전 by lizelle68
$61.23
283 votes
댓글 남기기 49
Authors get paid when people like you upvote their post.If you enjoyed what you read here, create your account today and start earning FREE STEEM!
STEEMKR.COM IS SPONSORED BY

I do love breads like this. Lord, this looks yummy. I've never used a bread machine. (Well, I've never used one successfully.) I've heard good things about them but they've always intimidated me for some reason.

Also ... we were given one years ago, and when I finally got around to trying it, it didn't work. The whole thing was a mess. We wasted two batches of ingredients. (Thinking we must have done something wrong the first time, we tried again -- just to be sure.)

I was so disheartened I never tried it again -- even though we now have another bread machine. I'm not sure how we came by it. I know I didn't purchase it. (Maybe @catweasel did ... hoping against hope to still get himself some home-made bread someday.)

But these recipes look so fabulous (you really are an artist at showing them off in your photos) I may have to take a deep breath and take the plunge one more time. But I'll have to wait until I'm emotionally strong enough to cope with another failure. I hate when those happen. Let's hope all your great inspiration doesn't go to waste.

Haha @enchantedspirit, please try one more time, it really is worth it! Funny how it's always the hubbies who buy them :) When hubby arrived at home with a bread machine a couple of years ago, I also ignored it, was quite irritated with this thing taking up counter space. But once I tried it and that smell of hot bread woke us in the morning, I was hooked! So now my second machine packed up, hubby's been too busy to take a peek, he may just arrive with a new one soon instead of opening it up and having to try and figure out what the problem is.
The secret is the order of ingredients - liquids, salt & a little sugar or honey first, a small dash of oil or biggish blob of butter, then the flour and lastly the yeast which must stay dry. We have smaller sachets of yeast (7 gram) here, specifically for the bread machine. Depending on how fresh the flour is, we sometimes have small loaves and other times it rises so much that it hits the lid, but either way it still tastes great! I mostly make wholemeal bread.
Thank you for your lovely comments, I get hungry every time I look at that pizza, it was so yummy as was the bread.
Hope you soon become emotionally strong enough to face the battle of the bread machine :):) Please let me know who wins!

It was delicious, will make 2 big ones next time, disappeared in no time! Thanks for stopping by @artywink :)

This all looks really yummy @lizelle. Looks like you have been very busy.

I had loads of fun @jusipassetti, that pizza was delicious! Nice seeing you here :):)

Hello my friend how are you, if I see that the grandmother was in the kitchen, tell her that she admired her hands to cook, I send you many greetings and a hug!

Hi @jennimorillo, we're surviving the heat of summer! Mom Lily is very well, I'll give her a hug from you :):)

Great post. Everything looks very tasty. If we try it though we will be skipping the eggplant. Just never acquired a taste for it. Perhaps we will add in some green and red bell peppers. Great variety of ideas on the different roll styles.

Thanks for stopping by @randomwanderings, nice meeting you :) Bell peppers would be nice, can combine it with mushrooms if you like that?
Have a great day or evening, it's Monday morning here in South Africa!

Yes, you are a bit ahead of us here in Oklahoma, USA. Whenever we have pizza mine has peppers and onions or pepperoni while my wife is the one that has the mushrooms. It means we always make twice as much to accommodate us both.
You have a great day too!

Good idea, that one pizza disappeared way too quickly but luckily we had bread rolls & bread!
Thanks for the resteem @randomwanderings :) 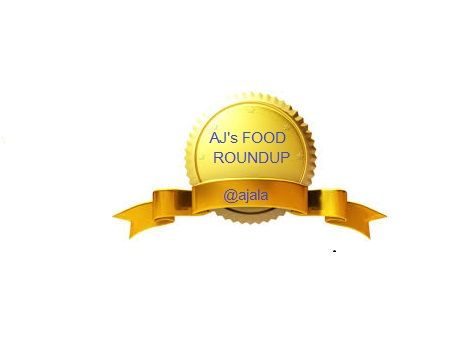 Thank you @ajala, chuffed to be featured alongside such great food posts and to be picked as your #1, made my Sunday :)

This looks so delicious! My mother has a bread maker, we often bake bread at home. But our imagination is not enough for this beauty, that you made! My family loves eggplants, so we're sure to like your meal. Thanks for the recipe!

Thanks @naditinkoff, it's probably because of my bread machine packing up that I got so industrious, I also looove brinjal as we call it here ;) The pizza was really yummy but disappeared way too fast, will make 2 big ones next time!

As always with their good recipes, this one seems very healthy. Personally, I love pizza. I also love eggplant.

Thanks @andrina, it was really delicious, eggplant pizza is my favourite, even though I'm a meat eater!

hey it's good to find a post where you have variety of breads, thanks for sharing. Greetings from my kitchen

If only this could come out of the pics and I could eat it. It looks so yummy

Thanks @lovemelange, I'm sorry I did not make 2 of those large pizzas :):)

It all looks delicious! It’s not good for me to see it when I have just woken up and not had breakfast, you made me hungry!

Oh my word, wish I could have give you a piece of that for breakfast, not good looking at food photos when hungry :):) Thanks for stopping by @industriousliv.

Whoa, that Eggplant/ Brinjal / Aubergine (whatever you call it in your country) pizza looks delicious! And I was just craving pizza too.

Thanks for stopping by @moneyinfant, it's really so easy you should try it, I just looove brinjal, that's what we call it here ;)

I might just have to give it a try with the left over marinara sauce from my recipe posted today :)
And we call them eggplants 'round here.

Will check that one out thanks :)

Oh, wow. This looks like an absolute feast. I can't wait to bake something myself now (got a gluten-free version of that, by chance?)

It was delicious @leurbanexplorer, unfortunately no gluten free version, so sorry! Thanks for stopping by.

How are you, my friend? I was a little lost rest on the weekends, but I find this recipe very delicious besides healthy, the bread looks great but the pizza great

Been missing you @yesslife, did not see you much on steemit ;) Thanks for the comments, I should have made two of those pizzas, disappeared in no time:):)

If I've been full at work and on weekends I rest a little, so you should have made two pizzas I think I would eat one myself @lizelle

Oh boy it all looks so delicious. Unfortunately I am diabetic so I have to forego quite a lot of what I really enjoy. On the plus side though it makes you really inventive.

Thanks @petruska13, my hubby is a type 1 so also has to watch what he eats. Fortunately he can inject a little extra if he overindulges ;)

Thanks for the resteem @petruska, much appreciated, have a great day :)

thank you for sharing it's recipe! I REALLY LOVE PIZZA 😍 I bet this is delicious! I also love your other pastries

Thanks for stopping by @queenlouise07, I should have made two of those, did not last long :):)

its new recipe of ubergine , will try

Thank you, hope you enjoy it :)