After much anticipation, a number of teasers, leaks, fan theories, and in-game chaos, Fortnite Season 4 is now available and ready for play. This marks the next major update for the current popular game that has taken the internet by storm.

I will be taking time this morning to review and learn about what has changed and what has been added.

When you first load up the game, you are treated to a cinematic trailer that helps players transition from season three to season four. It's humorous and colorful in the Fortnite style and chronicles the next series of events bringing us into season four of the game. 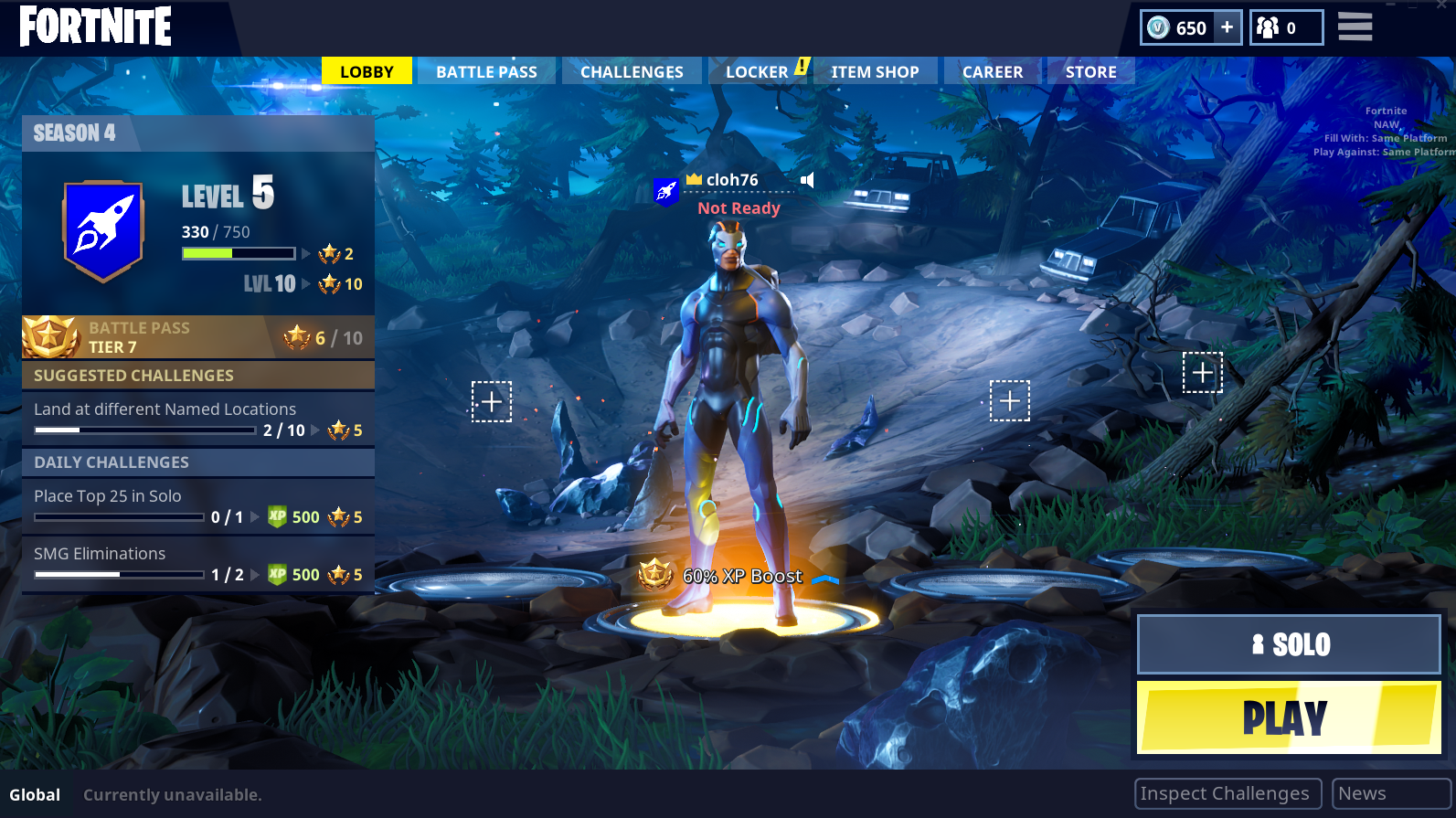 As a player that has purchased the season three premium pass, I was rewarded with a few extras as soon as I logged into the game. Nothing really special, but extra nonetheless. Purchasing the season four premium pass unlocks the ability for you to gain extra items as well as upgrades and the first 5 tiers of add-ons. In this case, the Carbide skin above as well as another military-style "Battlehawk" skin. In this season, the pass contains seven skins, two backpack styles, two harvesting tools, 3 gliders, 6 trails and 4 dances. What is unique about this season is the 20 spraypaint tags which you can tag and leave all over the map. You can spraypaint on any surface and amazingly they stay in place the entire match. Upon first glance, I noticed that my favorite match-type, the 50v50 was removed, which was kind of disappointing, given that it has become the gameplay mode I have come to enjoy the most. Since I suck at first-person-shooters, this 50v50 brawl gave me a standing chance to survive for a longer period of time. Hopefully, they will bring it back. 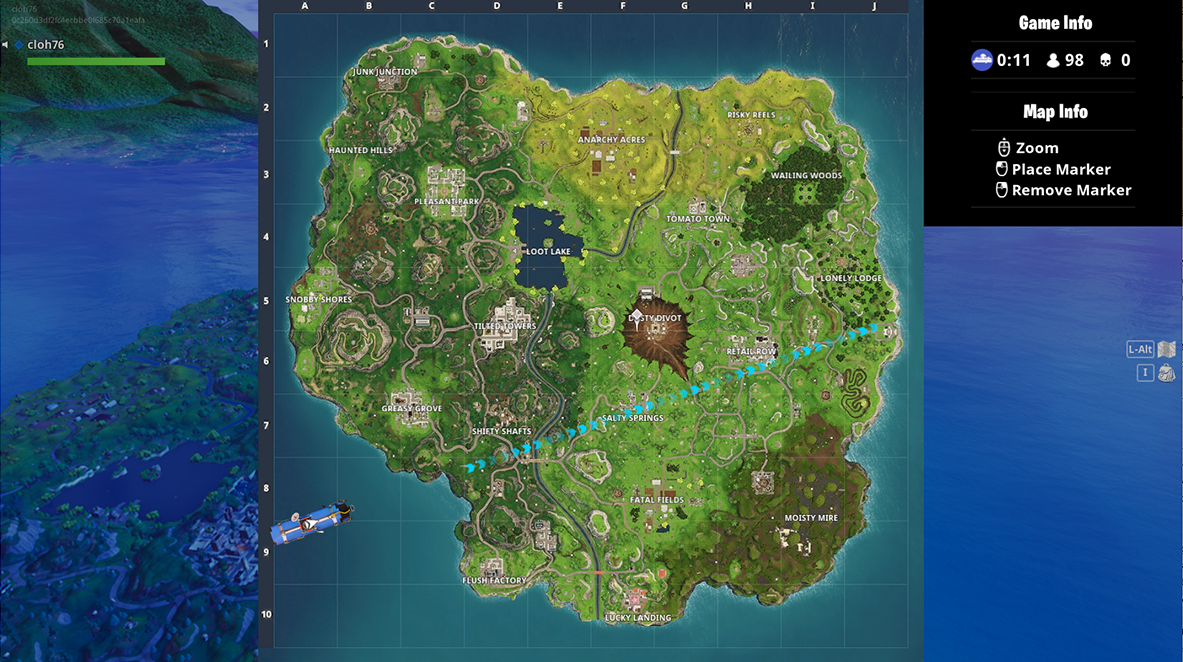 The map has changed with some areas being renamed and a few new areas being carved out. The landscape itself has also changed now that several larger meteors have struck the surface leaving a number of large craters in their wake. Dusty Depot has been completely cratered and now has a research lab placed in the middle of the crater. Other locations as well have small crater-like holes in them and vehicles and other buildings have been thrown around as a result of the mass impacts. Around all the craters are small glowing crystal-like rocks which you can pick up and consume. They allow you to jump and almost float through the air when you get caught in the storm, almost as if you are jumping around on the moon.

The new update takes a little bit of getting used to given that most of the areas we have all grown used to have changed. I haven't noticed any new weapons, but I'm sure those will start appearing soon-or-later. The new skins and gliders are pretty cool and the superhero theme is fun. I'm actually excited to upgrade my avatar and try to get it evolved into the iron man suit that is shown in some of the sample pictures. As usual, you'll unlock all the skins and features by completing challenges and ranking up the pass. If you want to read more about the update you can see all the information Here. You can even destroy items on the starting island now which is pretty cool and one of the more annoying weapons, the crossbow has been removed.

Overall I am enjoying the new updates. The change in landscape, themes, and additional objects bring a fresh and fun look to the game. New Skins are always welcome and I love the new emotes and dances. If you haven't played the game yet, It's never too late to start. dlive dlive-broadcast game fortnite sndbox
2년 전 by cloh7666
$4.08
36 votes
댓글 남기기 3
Authors get paid when people like you upvote their post.If you enjoyed what you read here, create your account today and start earning FREE STEEM!
STEEMKR.COM IS SPONSORED BY

This is gaming post..Thanks for sharing ..

Greetings my friend! How are you???