Fox Dog Got a Bath Today 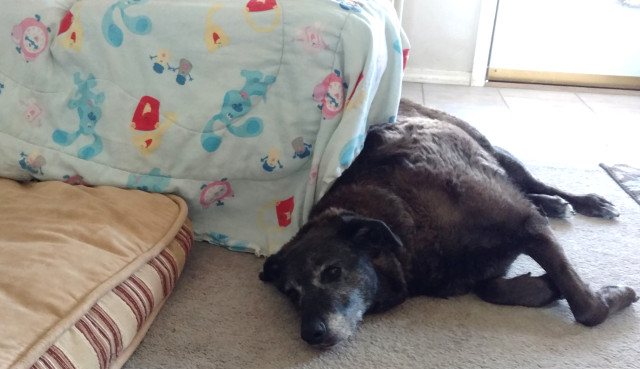 Poor girl is a little tuckered out after her bath, but so am I. That is her own couch next to her (it's really unattractive and a friend was going to throw it away), her bed next to that, and not seen is her kennel (we call it her "house") nearby. She's pretty spoiled. Has been ever since she became a princess.

She took on the title of "princess" when her life mate passed away last year. He was the only world she'd known since she was 8 weeks old, so the change was pretty big for her. We like to think that becoming a princess helped her with the transition. Her coat started getting brown hues and her face some white patches after around 10 years of age. Before that, she was all black.

dog animals bluesclues life
2년 전 by foxon52
$0.81
14 votes
댓글 남기기 3
Authors get paid when people like you upvote their post.If you enjoyed what you read here, create your account today and start earning FREE STEEM!
STEEMKR.COM IS SPONSORED BY

A dog’s sense of smell is more than 100,000 times stronger than that of a human.