A DAY IN THE LIFE OF MY PUPPIES VLOG #4 | MONTHLY RECAP: APPLE PICKING AND FIRST TIME PLAYING FETCH WITH OUR PUPPIES 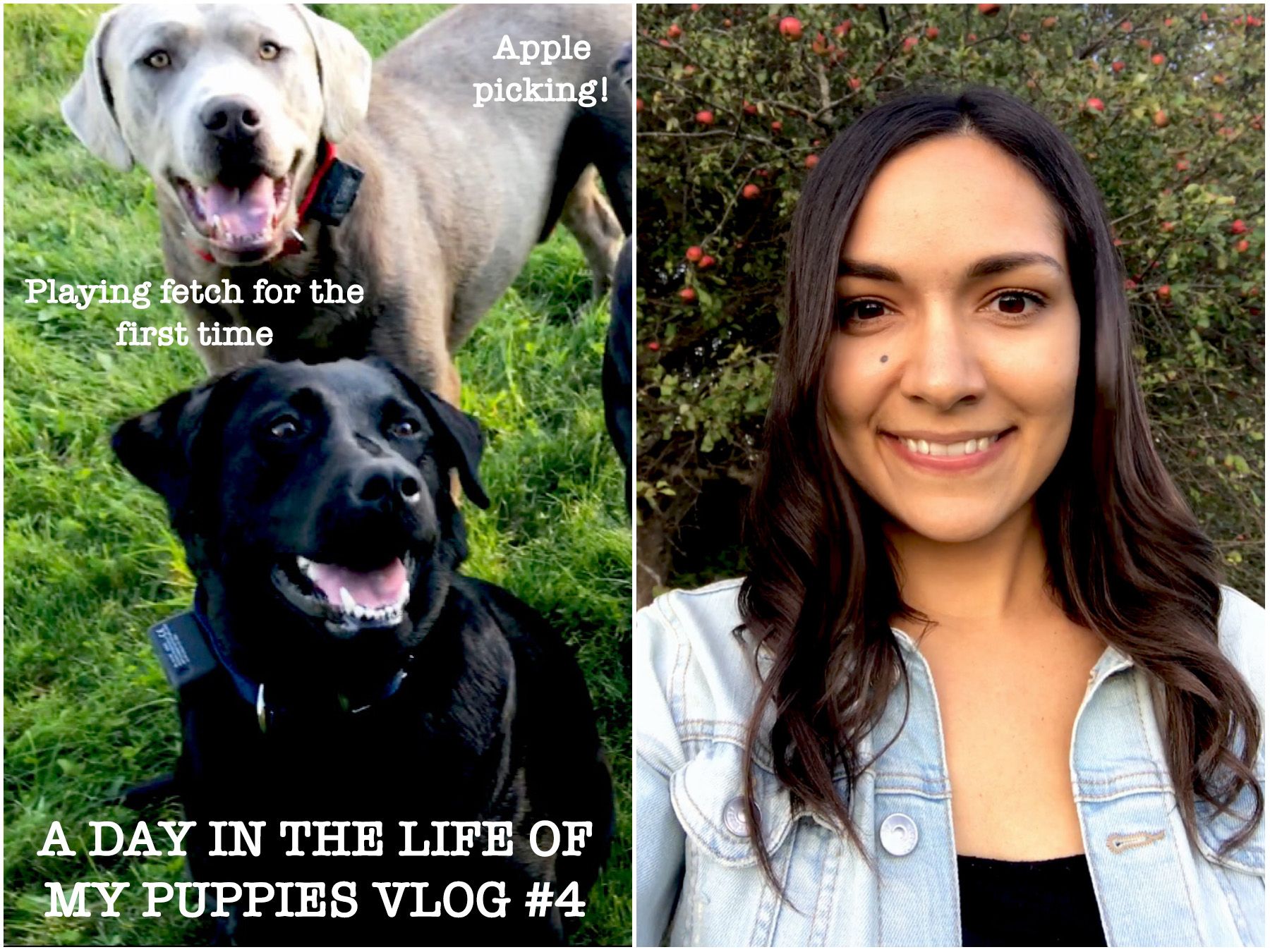 If you'd asked me two years ago where I would be now, I never would have said breeding labrador dogs! But when I moved out to the country it turned out to be the perfect line of work for me. I've now reached the one year mark and I couldn't be having more fun with these guys. So there's been a lot happening around here and I wanted to give you guys recap of the last month at my kennel. I breed purebred labrador retrievers, and I have several adult labs, as well as several puppies who I will be breeding with when they are fully grown.

Then on top of that I have a female lab that has just given birth to a litter of puppies, so there’s been a lot going on around here and I wanted to put together a video to share some of the highlights with you. 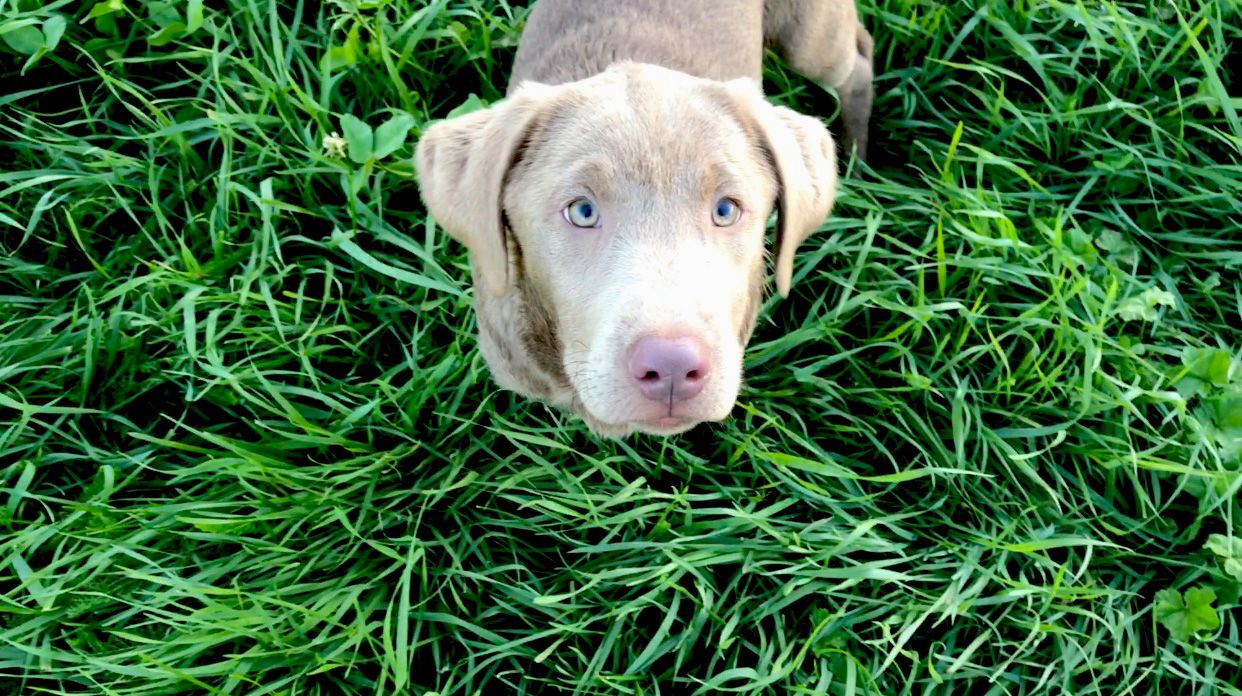 What are silver, charcoal and champagne labradors?

First off, for those of you who don’t know, I breed yellow, black and chocolate labs, as well as silver, charcoal and champagne coloured labs. 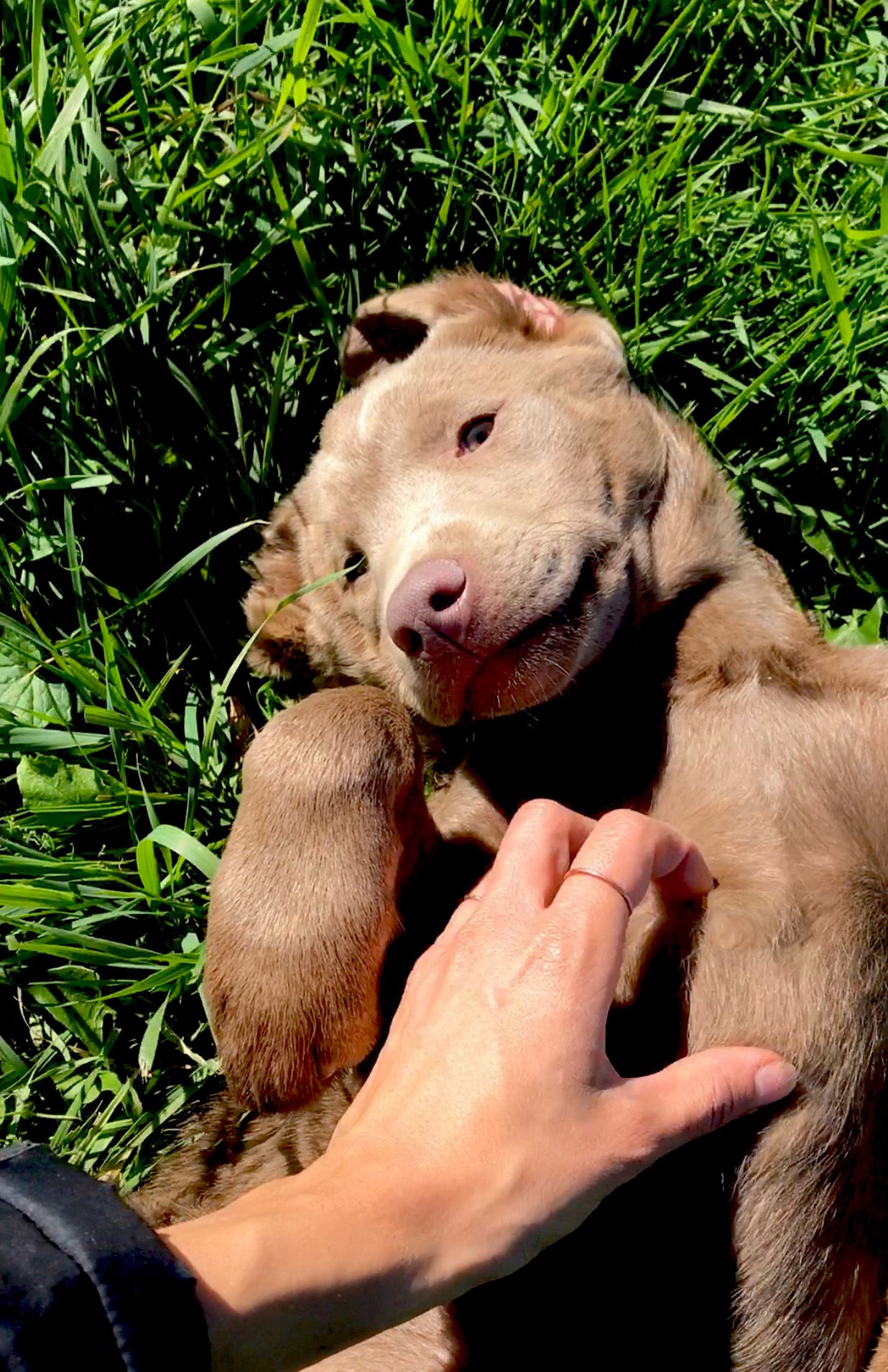 If there's a puppy heaven this is what it would look like.

You can actually see a hint of black in the charcoal lab’s fur, and hint of brown in the silver lab’s fur, etc. The dilute gene basically “dilutes” the colour of the coat, making it lighter and giving it a sort of silver tint.

Also this gene is recessive, so you have to have two labradors with this gene present in order for it to show up in their offspring. Apple picking with my dogs

I’m going to be showing you some of my adult labs, who we went apple picking with on our farm. And you’ll see that some of them are silver and charcoal labs. We have a bunch of large apple trees on the farm, that have been here since the last owners lived here. And we hadn't really realize just how many apples they would produce. So we didn’t get it together in time by trimming the apple trees. (By trimming the trees, you get larger, sweeter apples, and because we didn't do this, the apples are smaller and more bitter.) So we had kind of a surplus of apples that were going to go to waste. But with our dogs we immediately found a use for them. 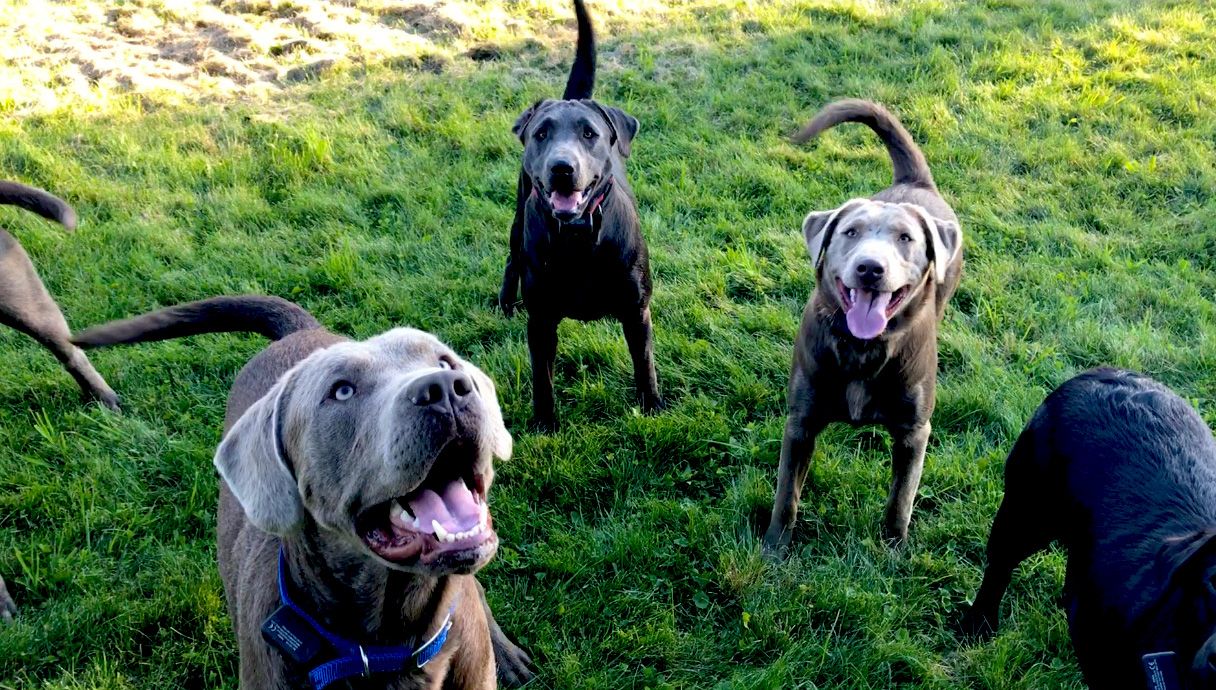 Rori, our male silver labrador, in the foreground attentively awaiting the apple we're about to throw.

As a side note, I realized as he got older, that we should have named Rori “Spike.” Haha! Any other Buffy fans see the resemblance above? I think it's the eyes.

Playing fetch for the first time with my puppies

So then I’m going to be showing you our puppies. We recently introduced our younger silver lab puppies, to our two older puppies, Finn and Dakota, who I’ve been vlogging about a lot. And we have them all living together in the kennel now, so I have some footage of their first few times playing together. We actually tried playing fetch with them for the first time, and they caught on pretty quickly. Finn, our male champagne labrador, competing with the other puppies for a stick.

In the above photo you’ll see Finn, the biggest puppy, who is a champagne labrador, to give you an idea of what that colour of lab looks like.

So they’re all having a blast and getting along, and we’re absolutely loving the space we have out here on the property. It’s the perfect setting to raise our labs. They love running around and enjoying the outdoors out here.

Check out my vlog about it here:

Coming up soon I’ll show you guys the one acre pond we had put in at the edge of our property, and we’ll take all the dogs down there for a swim. I’ll also be showing you our litter of puppies, as they start to walk, and open their eyes, and start to really look like puppies, haha. 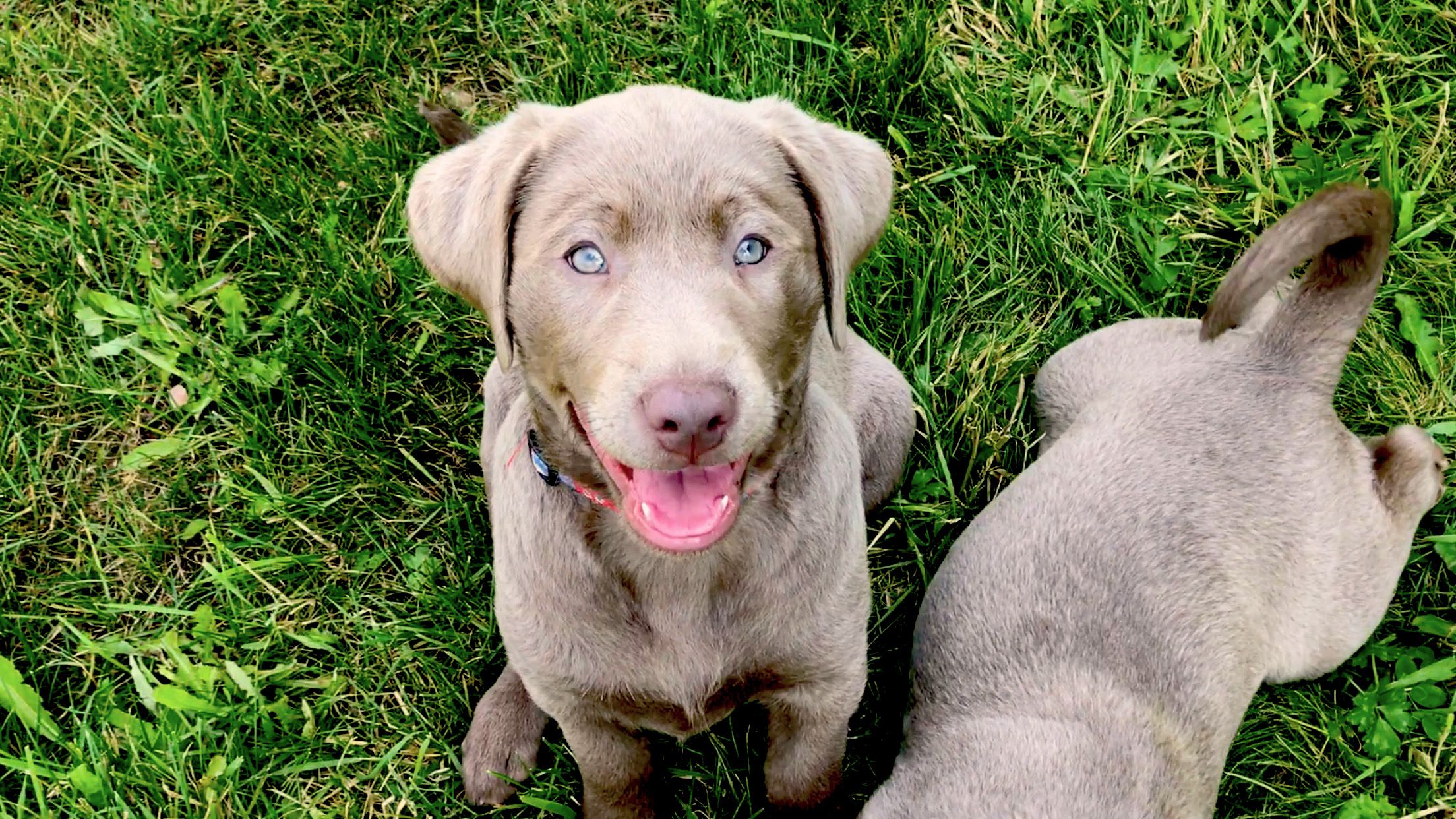 Hope you guys enjoyed my story. I am still learning so much, but I thought it might be interesting for you guys to come along for the ride and see what we’ve been up to.

All photos and video are mine and original.

For information about the dogs I breed visit my website torontolabradorpuppies.com

For more about me check out my Introduceyourself

And you can also connect with me on Instagram 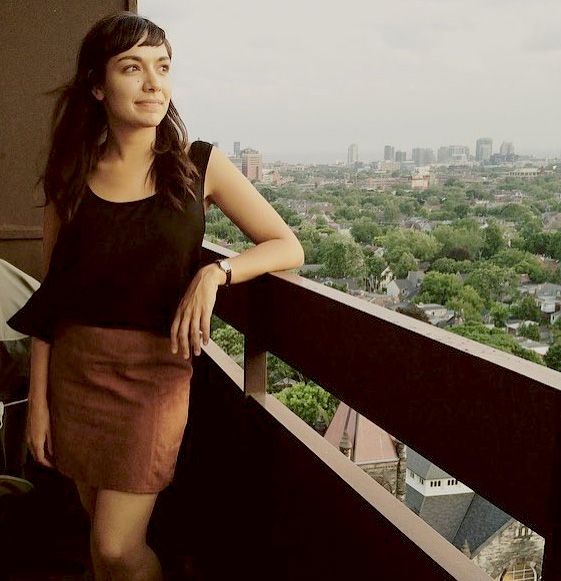 If you liked this don’t forget to vote, follow and resteem. And thank you for all your support!

dogs animals video story photography
3년 전 by natashahall57
$13.28
41 votes
댓글 남기기 22
Authors get paid when people like you upvote their post.If you enjoyed what you read here, create your account today and start earning FREE STEEM!
STEEMKR.COM IS SPONSORED BY

What a busy life you have!!! But fulfilling by the sounds of it. Labs are the goofiest dogs ever.

I never knew about the "diluted gene". I have a golden doodle -( golden retriever x poodle for those who don't know the "breed") She's actually 2nd generation so mom is golden doodle, dad is poodle. Anyhow, Abbey is chocolate - was the darkest chocolate for the first year or so and now her back is mixed with silver hair as well as a plume of silver on her tail . The color change actually makes her look like an older dog. Funny.

So it now makes sense.

I enjoyed reading your post and look forward to reading more. Visited your blog - you have such soulful puppies.

Oh wow, I can't believe I'm just seeing this now. Somehow I missed this :( Thanks for the lovely feedback. That's interesting how the dilute gene has turned up in your dogs fur. I would love to see photos of Abbey, I've never seen a chocolate doodle. She sounds adorable :)

I'm sorry to do this here, but can you help me please? Is for my dogs! Thanks for the info @yiyi.maiola! I will check it out :)

I'm a cat guy with 7 house cats. They can't go outside because of big tick population here . Looking forward in seeing your puppies running around outside and your new pond.

Thanks! I'm sure there's never a dull moment with all those kitties ;) That's awesome! 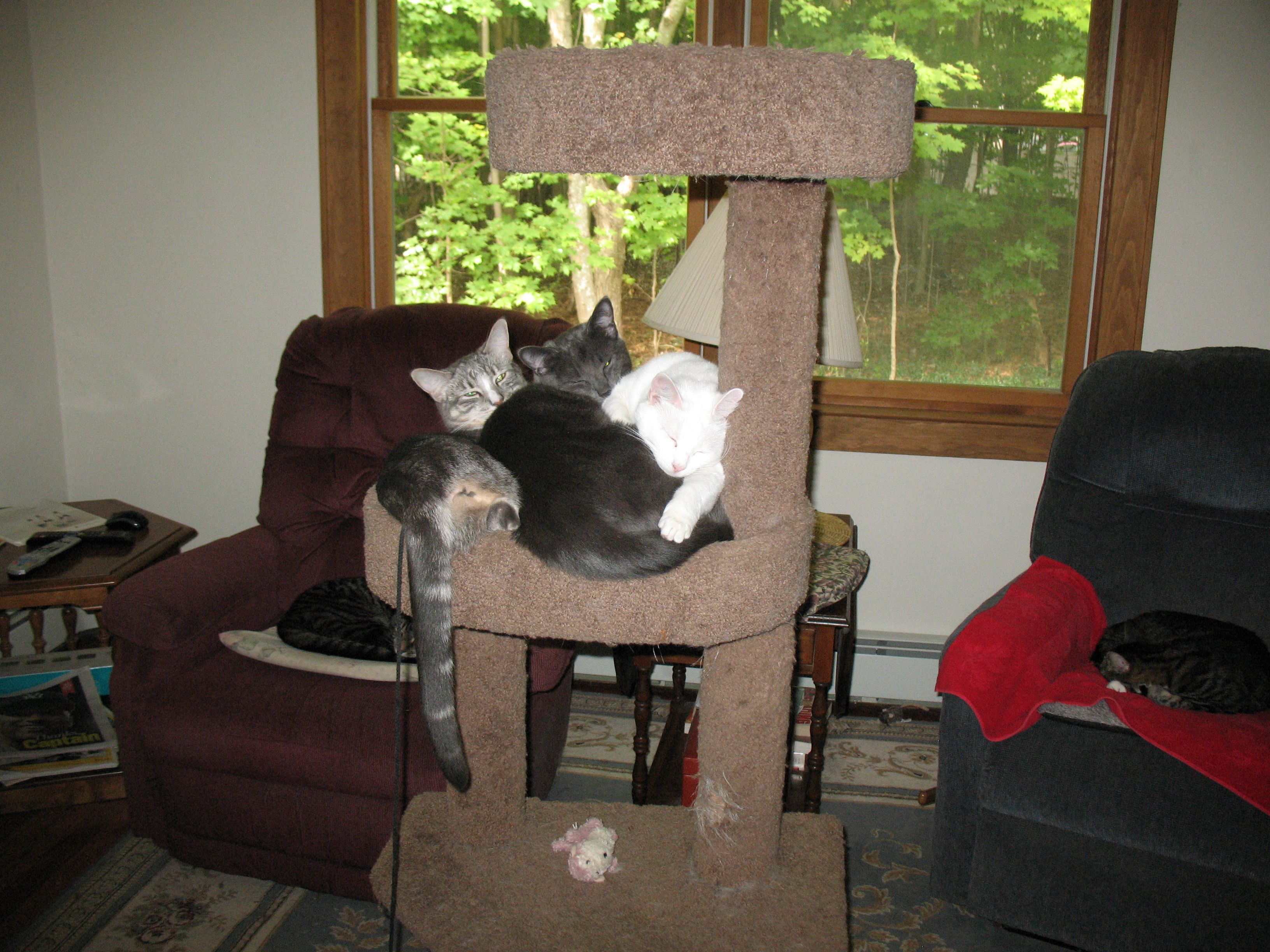 I love animals, nice to see you do too. Nice shots, and the dogs are so adorable.

Thanks @firepower! Yes absolutely love them! Thanks for stoping by :)

do you train ur labs to listen to your commands too natasha? :) that pic with the brown lab where u scratched his belly is so adorable.. hehe love this post . keep on posting. :)

Yes we train them to listen to commands @andywong31 :) Thanks so much!

Congratulations @natashahall! You have completed some achievement on Steemit and have been rewarded with new badge(s) :

Lol! Thanks so much for stopping by @throughmyeyes :)