President Donald Trump's fiery comments on North Korea reflected confidence that his campaign of pressure and sanctions on the country is working, South Korean analysts said Wednesday.
The experts said it also means Washington will continue to deny Pyongyang meaningful dialogue unless it's willing to discuss serious changes to its nuclear weapons program and human rights conditions.
In his first State of the Nation address, Trump warned that North Korea would very soon'' threaten the United States with nuclear-tipped missiles. He also warned of the dangers from other "rogue regimes,'' like Iran, terrorist groups, like the Islamic State, andrivals'' like China and Russia that challenge our interests, our economy and our values.'' Calling on Congress to lift budgetary caps and boost spending on the military, Trump said thatunmatched power is the surest means of our defense.''
Du Hyeogn Cha, a visiting scholar at Seoul's Asan Institute for Policy Studies, said that for North Korea, it has to hurt that Trump declared the country as a regime that cannot co-exist with the founding values of the United States.
He made it clear that his `maximum pressure and engagement' policy will continue to be the only way going forward,'' he said.It was probably the worst message he could deliver to the North without issuing a direct military threat.'' 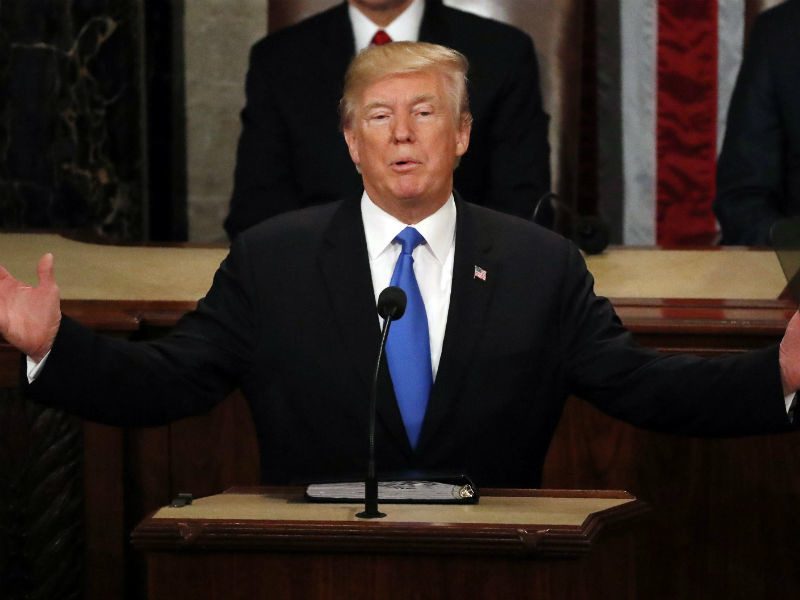 donalds trump worldnews
3년 전 by henru25
$0.00
댓글 남기기 0
Authors get paid when people like you upvote their post.If you enjoyed what you read here, create your account today and start earning FREE STEEM!
STEEMKR.COM IS SPONSORED BY