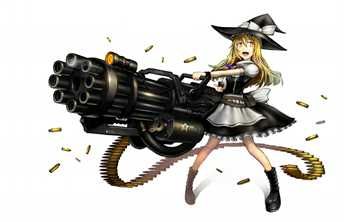 I have crazy-ass dreams. Here's exactly what I wrote down as soon as I woke up from this exceptionally strange one...

Was taking magic lessons in a Hogwarts type school. My mentor had created the basis for a winning idea so when it was called, we tried to claim it. A debate ensued. If he couldn't win then I pleaded that no derivative work should be able to win either. The prize awarder got aggravated and decided to try to kill me. But I had been training extra in secret, and was quite a worthy adversary. We magic battled until the dream changed into me walking with my dad and a couple cousins. We heard a gunshot near and started loading a gun, but the bullets were too big. We saw a man walk by, welding a gun. We froze, but before we knew it he was standing right in front of us pointing a gun at my dad. We calmly pleaded with him not to shoot, but he fired some birdshot right into my dad's chest. My dad said "don't kill him. You'll never be the same." I ran at the perpetrator as he tried to reload his lil shotgun pistol and drop kicked him. Then the witch that was controlling him and 2 of my cousins walked by, she laughed as I ran at her with various blunt weapons but was blocked every time by my cousins who were being mind controlled. My dad said again "don't kill her", and I said "KILL HER!!" Somehow that snapped my 2 cousins out of it and they turned on her. Holding her down as I pummeled her into nothingness. She laughed as she was beat down into a blanket and was no more. It was like she was dispersed throughout the inside of the blanket, but there was no blood or lumps. I woke up.

Maybe I'm crazy, maybe my imagination is a lil too acid — I MEAN, active....
Most of my dreams are like this.
Whatever is going on in my head is wild.
Asleep or awake.
Anyone wanna help me figure it out??
I would love to hear your dreams!
Tell me about your adventures :)

dreams life blog self thealliance
4년 전 by avesa63
$1.10
18 votes
댓글 남기기 6
Authors get paid when people like you upvote their post.If you enjoyed what you read here, create your account today and start earning FREE STEEM!
STEEMKR.COM IS SPONSORED BY

Thanks love! Inside a mind is a strange place to be :)
"ALLIANCE HA!" *karate chops a building in half *

Cool dreams... I cant remember any of my dreand... Maybe should atart using some acid :)

Haha it definitely can help spark some interesting brainwaves. I recommend it!
But even more than that, tell yourself "I will have a dream tonight" and when you do after a few days of doing that, immediately write down anything you can remember in a dream journal. After doing this just a few times, you will blast off. Before you know it, you will have 3-4 vivid dreams a night! It can get too intense even if you do it long enough.

Please do! Can't wait to hear how it goes!