Every hump-day, The Roadblock will bring you the DJ stylings of Avian Flew and guests spinning Hip Hop, Trip Hop, Downtempo, House, Techno and Breaks. Avian Flew, formerly known as White Owl (a name given to him by members of Junior Mafia), has been mixin’, cuttin’ and scratchin’ nothing but the dopest tracks since belt drives, cardboard slipmatts and loose change on headshells. His experience up and down the East Coast as well as the deep south ranges venues like the infamous Limelight in NYC, NASA and the first Jungle room at Disco Donnie’s raves in NOLA’s State Palace Theater to 88hiphop, The Apollo and The Black Hole in Dundalk, MD; giving him a one-up on many of the scene’s pushbutton one-genre “DJs”.

👍🏼If you enjoy the music I curate and content I create, please visit & follow on these platforms:

💵 Your contributions help keep the #EHO homestead afloat as well as fund my personal fight against the War on "Drugs".

#vaccinescauseavianflew
dsound music dsound-djset dsound-music edmdjmixpodcast
2년 전 via
dsound
by movement1964
$3.11
18 votes
댓글 남기기 4
Authors get paid when people like you upvote their post.If you enjoyed what you read here, create your account today and start earning FREE STEEM!
STEEMKR.COM IS SPONSORED BY 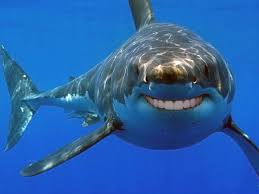 dj bird flu in da house. You know i will be checking this out.