Reconsidering "Poverty" in the West...

I recently had a conversation during which it was suggested to me that capitalism required "impoverished wage slaves" to operate. With respect to the poverty aspect, I'm not so sure.

Of course, privately owned businesses that operate for a profit will need staff once they reach a certain size and I won't quibble about calling such workers "wage slaves" since it has a nice rhetorical flare about it. However, giving people a job does not make them poorer, nor is it evident that all jobs are some form of soul crushing exploitation.

Anyway, this conversation got me thinking. What is poverty anyway?

I live in Canada, and like most modern Western countries the word "poverty" has lost its traditional meaning. Throughout most of world history and in some undeveloped portions of the globe today, poverty was not an abstract notion. It didn't even need to be clearly defined. When people are living on the borders of survival, when there is no food, no shelter and no healthcare, this is poverty. When basic human needs are not met, this is poverty. In developed Western countries such poverty is rare.

If we had a time machine and used it to materialize some people from the pre-industrial age into the "poorest" neighbourhood of a modern Canadian city, what would they think? If we showed them the food, the houses and apartments, the hospitals, the working conditions and the modern conveniences that we all have, would our time travellers ever imagine that anyone here is poor? On the contrary, a typical person living "below the poverty line" in my country would be considered rich beyond belief by any neutral historical standard. A "poor" Canadian has access to things that would have been inconceivable to even a very wealthy person living in a previous age.

So what? What's your point?

The point is this: most people are not grateful for the things we have and the age we live in. Instead of being happy with all that we have available to us, many only focus on what they don't have. Rather than comparing their good situation to the "nasty, brutish and short" lives that used to be common, too many instead compare their somewhat limited lifestyle to the 0.1% who have everything.

The countries of the West have their flaws to be sure, but the West has done a better job of eliminating human poverty and providing opportunity than anywhere else in the history of the world. Rather than criticizing the West, rather than focussing on the failings, we should reflect on what has been achieved. Despite the endless chorus of negativity you hear about on the daily fake news, if you live in the West, it is a wonderful and fortunate time to be alive. 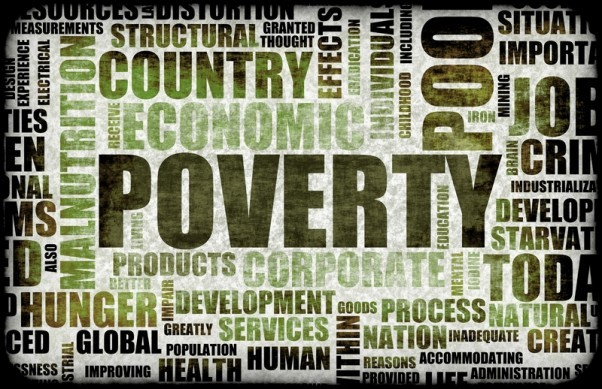 economics philosophy life economy history
3년 전 by swingsleuth47
$0.03
3 votes
댓글 남기기 11
Authors get paid when people like you upvote their post.If you enjoyed what you read here, create your account today and start earning FREE STEEM!
STEEMKR.COM IS SPONSORED BY

America promises Life, Liberty, and the Pursuit of Happiness.

The rising tide of the last century has lifted all our boats in many ways. But there are still real systematic problems (income inequality, huge rises in the costs of education, housing, and healthcare) and many Americans aren't suited for the ongoing transfer of power from labor to capital.

Perhaps the newer definition of poverty should be "when people face systematic barriers to stability AND view a meaningful life as one of Status rather than Happiness?

Would be a thing of joy when majority of the less developed areas in the world can attain such standards.

the crazy thing I find is the more money the more depression....

That's an interesting concept so from what you're saying when people have to struggle more they are less likely to be depressed? That's depressing..

In the West they are the most depressed.

(imo) it has a lot to do with less sunlight in the winter.. Therefor we get more depressed here,

And thats why I workout to feel good in the winter

When I moved from cold and icy-in-the-winter Ottawa Canada down to warm and sunny Southern California, I immediately noted the moods of the people I encountered were brighter. I believe there is some merit in your hypothesis.

On the topic of money causing depression, I wouldn't know. I am currently unburdened by the depressing weight of riches. LOL!

maybe it is not money causing the depression. But because we are so busy working. That we lack to eat, sleep, work out, sex, rest proper.

Money doesn't make you spriritual richer. All though I def could use some money :D

Sun stimilates the dopamine production. It is very simpel I think.

have a good day there @ swingsleuth

I tried to make you richer. I hit the upvote button but it stayed stuck at $0.00. LOL! I guess that I haven't exactly reached whale status yet.

Speaking of dopamine, it is supposed to be 27 degrees and sunny today. So, I guess that I'll get some of dopamine for free: no riches required.

im okay can not complain, but that doesn;t mean I wont :D

27 degrees that sounds good. Now you doped up:) Here we got weak summers.

Congratulations @swingsleuth! You have completed some achievement on Steemit and have been rewarded with new badge(s) :

Congratulations @swingsleuth! You have completed some achievement on Steemit and have been rewarded with new badge(s) :