Big Dairy is Taking Over

Small dairy farms are disappearing, and more cows are on the biggest dairy facilities than ever before.

Using the past four iterations of the US Census of Agriculture, this post examines trends on dairy farms by farm size from 1997 to 2012. 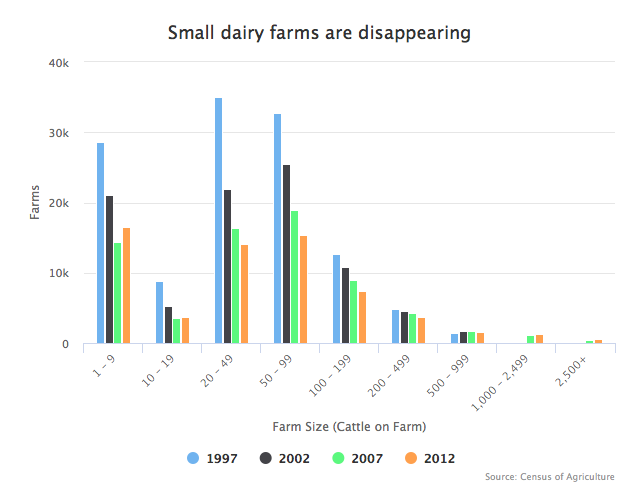 Dairy is more industrial than ever. Surprisingly, the distribution of the dairy cow population by farm size is starkly different than that of beef. This indicates that dairy production is much more industrial of the two industries.

education agriculture programming statistics sndbox
5년 전 by somethingburger57
$13.42
22 votes
댓글 남기기 1
Authors get paid when people like you upvote their post.If you enjoyed what you read here, create your account today and start earning FREE STEEM!
STEEMKR.COM IS SPONSORED BY

Congratulations @somethingburger! You have completed some achievement on Steemit and have been rewarded with new badge(s) :