Elastic is a scam project

Elastic - Goes by XEL in a scam project and goes on by these specs.

The current system is absolutely trustless. That means that there is no central authority verifying anything (such as all BOINC based coins, which rely on an external service controlled by a single entity and which could become rogue and cripple the entire coin), so we at Elastic have to make sure every node in the network verifies work by itself. To further act as a safeguard, Super Nodes check work processed by the nodes and a final level of security is in the Guard Nodes that check that the SuperNodes are doing their job

Sounds interesting but its just another scam coin and a request has been made to bittrex to remove this. 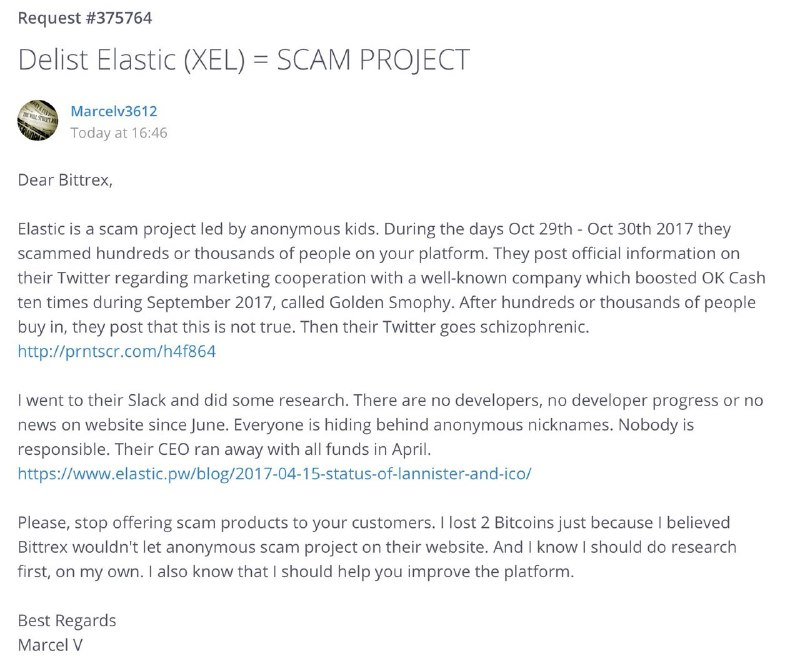 elasticcoin xel
3년 전 by sachinfdo25
$0.00
2 votes
댓글 남기기 1
Authors get paid when people like you upvote their post.If you enjoyed what you read here, create your account today and start earning FREE STEEM!
STEEMKR.COM IS SPONSORED BY

They didnt scam anyone someone went rogue that had twitter access. have they been removed from the project i have no idea but i am sure that person does not have access to the twitter account. When this coin comes to fruition cause a finished product is up and working artificial intelligence will do the price right.