Greetings.
How are you Steemit friends? Wish you good health always.
Today I will discuss the material about the problem that happened to a material or iron that is Fatigue.
We Can Know, Fatigue Not just happen to humans, Fatigue can happen anywhere. Let's Learn together from some of the most trusted sources I discuss below.

The failure of a material during this time is mostly caused by the dynamic load. Dynamic loading is a burden involving axial, flexural and torsional stresses that fluctuate, although the voltage received by the material is lower than the tensile stress, failure can occur at any one time. Failure to a material caused by a dynamic load is called fatigue failures. 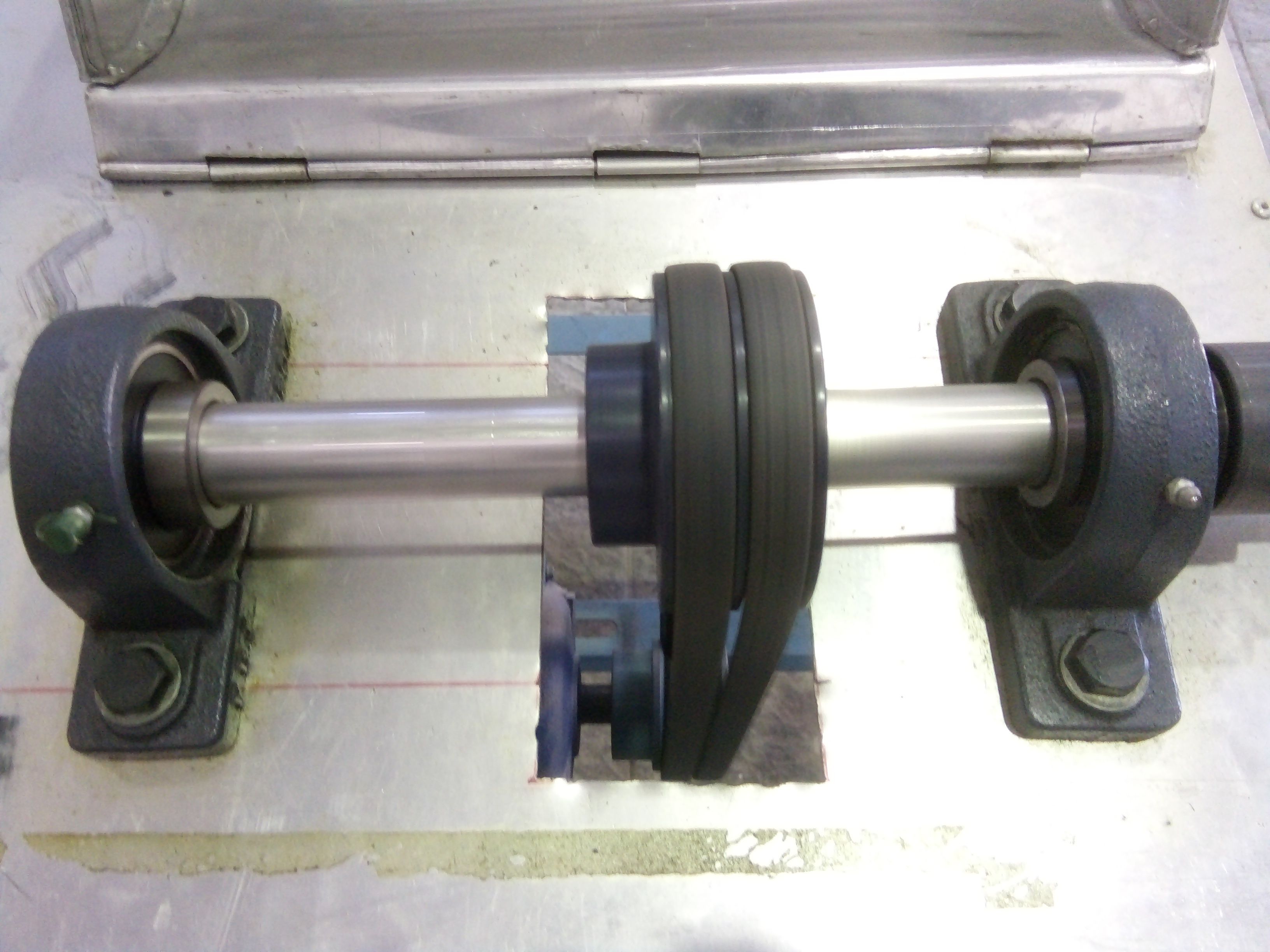 In materials science based on references from Wikipedia.
{here}

Fatigue is the weakening of a material caused by the burden which is repeatedly applied to the material causing progressive structural damage and a cyclically charged material.
After the weakening of a material, the nominal value of the maximum stress that causes damage as the final limit of tensile strength loading, or the limit of the yield stress.

We can know the fracture mechanism is generally started from the surface of the weak material, which then will propagate to the middle and eventually the material will experience a fracture. The fracture may occur suddenly with little or no plastic deformation.

Fatigue in the material can be tested two-step ways of starting cracks and crack propagation until the total crack. The majority of fatigue life occurs when crack exhaustion begins and the fatigue process is described when it is first controlled.
{Advanced discussion of two steps fatigue test} By doing a fatigue test on a material used to determine the fatigue limit of a material, so it can be known how certain load limits where the material is still safe to use or in rely on.

The work I do
Main working steps The working step of this machine, a soft, cylindrical specimen loomed and filled from both ends using a spinning mop/leave.
Step two In this machine, cylindrical specimens are given a solid iron-shaped load of various sizes
Results You can watch video from me

One example of research on fatigue test on an ingredient can be seen in the research of a previous study from R. Prochazka, namely the evaluation of fatigue limit of structural materials based on thermographic analysis.

In this study have similarities, where the fatigue limit point is given as the junction of the two regression lines.

Changes in the material properties of a component can be monitored using non-invasively.
As a first step, the reference fatigue limit based on degraded materials and materials is measured according to the standard.

The final surface of the section of a material structure is fitted to the tired stress is very important, if the end of the material is not raised according to the standard such as the drawing, the limit of material endurance is not proportional to the load it receives.
You should know 90% of the main causes of usage failure. There are 3 phases in the fracture of material: Cracked start, crack spread, and fracture. The mechanism of the cracking start generally begins with crack initiation that occurs on the surface of the weak material due to repeated loading. Furthermore, is the spread of this crack developing into microcracks. Then after that, the material will experience what is called a fracture. Fracture occurs when the material has undergone a voltage and strain cycle that results in permanent damage to the material.

Conclusion
From the above discussion you can know Fatigue that occurs in the material can be caused by the emergence of crissal crevice cracks, after the weakening of the material it can be seen how a certain load limit where the material is still safe to use or in rely on.

Fatigue testing requires accurate control, the material properties of a component can be monitored using non-invasively.

The cracking mechanism starts generally starting with the initiation of cracks occurring on the surface of the weak material due to repeated loading. There are 3 phases in the fracture of material that is starting to crack, crack spread, and fracture.

I was always bored by this stuff in collage.