EOS has traversed the A,B,C and now wave D within the broadening pattern has recently been completed. Each wave touched either the top or the bottom line and as it is currently bouncing from the bottom, the next wave is expected to be E. IF price is gunnig for the top line of the pattern, the target price could be as high as $28. 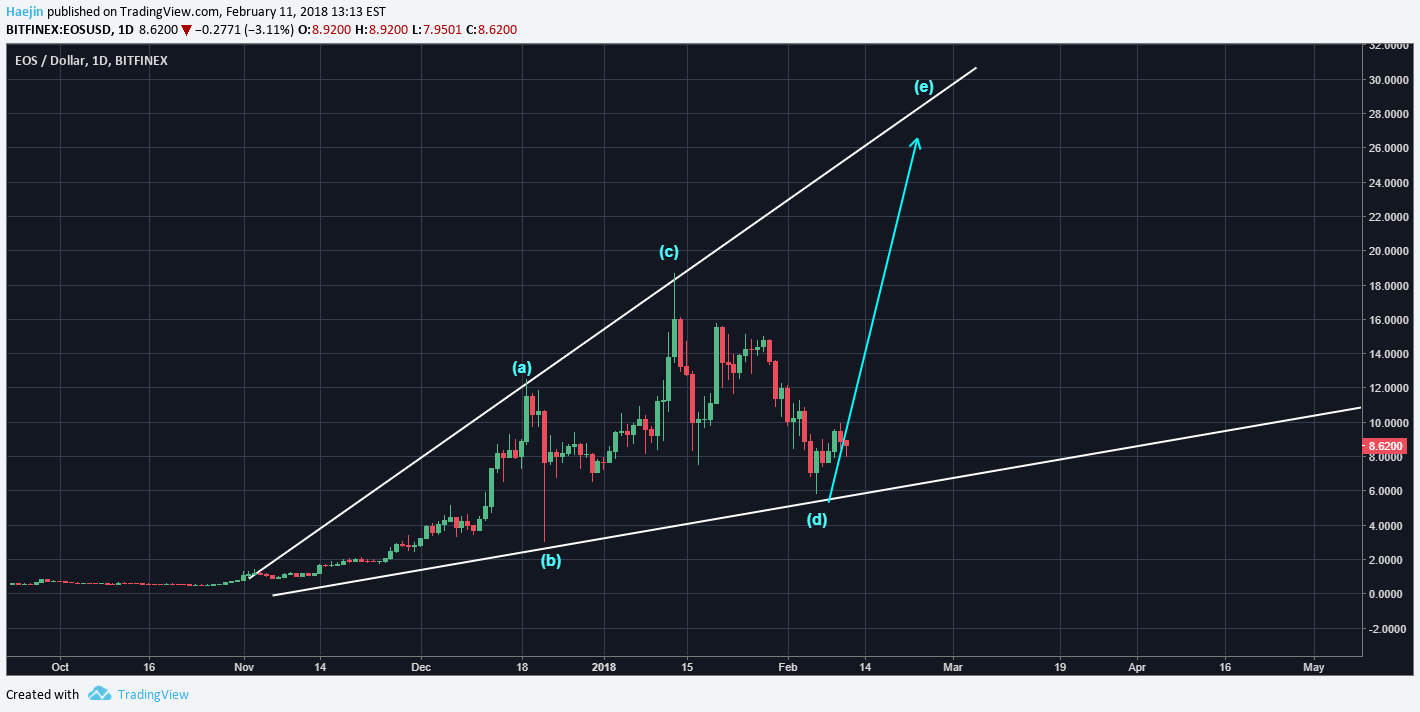 The initial impulse could look like below (blue). Wave 1 could be considered complete with 2 almost as well. Wave 3 would enable the higher high and should all five waves be placed, it would provide the onset towards the upper trend line. Thus far, the price action looks a bit three waveish. This means that the current price action could be a corrective bounce. The distinction between an impulse and a corrective abc needs to be monitored to gain the resolution. My primary count is that EOS price heads towards the upper line of the broadening pattern. 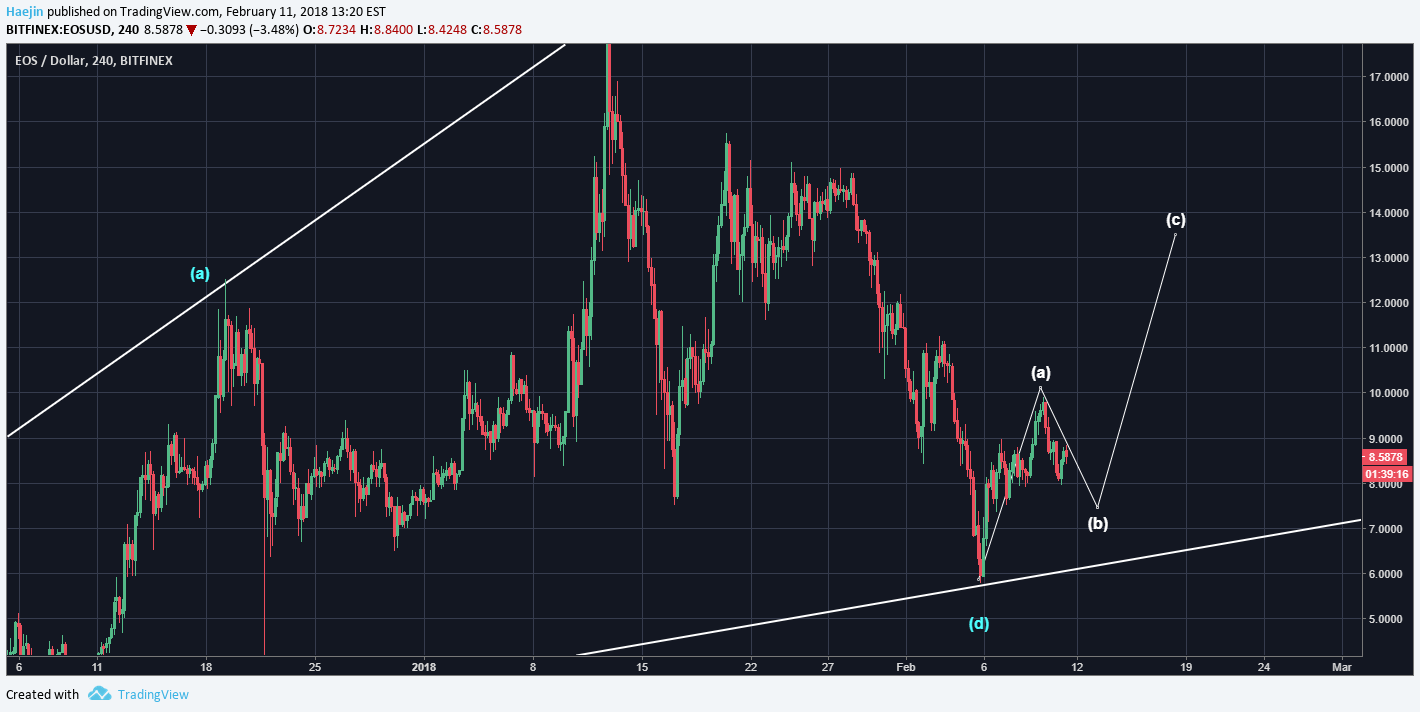 eos money cryptocurrency blockchain altcoins
3년 전 by haejin86
$393.37
384 votes
댓글 남기기 62
Authors get paid when people like you upvote their post.If you enjoyed what you read here, create your account today and start earning FREE STEEM!
STEEMKR.COM IS SPONSORED BY 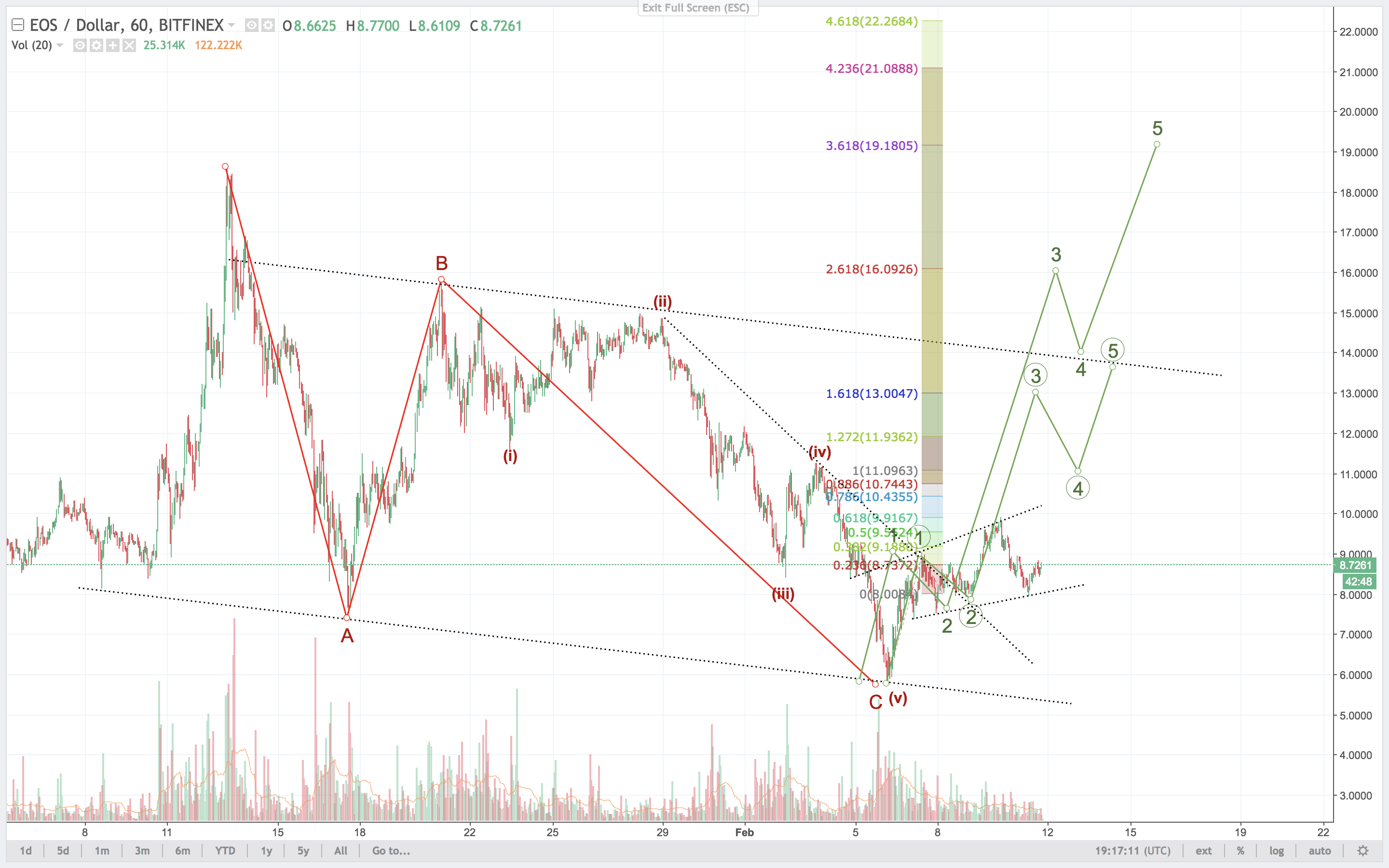 Thank you, crazy lady.
Please be nice to Haejin.
He's my coach, and mentor.

Good to see it trending up. As long as we see volatility in the stock markets, that should be great for cryptos.

If you think this is where EOS is heading then you should have the same for NEO, Vert, ETC and about 15 other coins.
Theyre all carving out identical tracks, i'd post pictures but it wont let me. When i say identical i mean identical, look at the 1 month chart they've moved in sync.

That is true for many crypto's - they all follow the big whale - BTC to more or lesser degrees. One way to trade in this setup is to trade those that deviated from the BTC trends occasionally but will eventually catch up with the BTC trend - call it over valued or undervalued w.r.t. BTC or ETH if it trades for ETH.

true, the reason for EOS to increase will be some big announcements about the EOS coin, for example bitfinex announced that there will be an exchange "EOSfinex" that will be built on the EOS blockchain

The reason is that most of the altcoins are only tradable in BTC, so they're tied to BTC price fluctuations.

Why Cryptocurrency Investing is a Terrible Idea WARNING: ONLY READ IF 18+ AND ABLE TO HANDLE THE TRUTH... GRAPHIC LANGUAGE USED https://steemit.com/bitcoin/@investingtips/why-cryptocurrency-investing-is-a-terrible-idea-warning-18-only-graphic-language-used

at the end of February there will be a lot of growth!

this is a good analysis

But haejin you told us that EOS going to $3.
Well I am good trader than you,that i didn't sold.

@projectenergy its a big joke that Bitcoin go there.But I am confused that haejin mind change after every few days now i confused.

You are always confused anyways.

Your reputation will go negative if you keep this up. Or perhaps I'll get bored and mute you.

I don't feel any remorse about my upholding of @haejin's request to not spam his blogs.

You think attacking all of my posts, because I am being appropriate in attacking only the comments that you made against the owner's wishes, is the correct response?

No, I did not read your advertising. Glad you don't care, because it's happening!

quite insightful! thank you

Everyone please stop feeding haejin money! if you say that ten coins will rise a day obviously your going to get a few hits in this lucrative market. He makes multiple posts a day accumulating over 300 dollars a post. We need to stop feeding him money because all he does is decimate the reward pool and doesnt care about steemit or steemians! NO MORE HAEJIN

The Everipedia airdrop alone should be enough to push EOS to $28.

In six months, if it doesn't run on EOS, it is obsolete.
Dan is singularly adept, and is finally working with partners who get it.
Unfortunately for the BTS dream, the no-fee exchange coming to EOS wins all.
And their social media platform will make myspace out of steemit.
Everyone just should have listened to Dan.
I certainly, do.

Strange that even now, only a few of us see it. 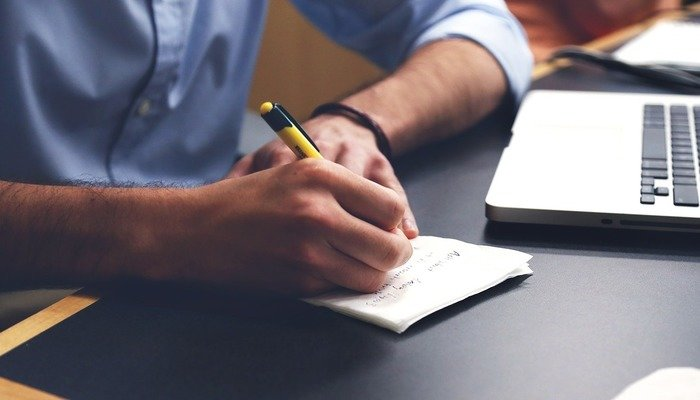 Monero (XMR)
Monero (XMR) is one of the most well known anonymous digital currencies and XMR employs the use of ring signatures to ensure its security, privacy, and complete anonymity. While there is a large number of cryptocurrencies that operate in the privacy space, Monero is the most popular and the largest by market cap, and regularly inhabits the top 15.

Because of its popularity, XMR has now become a prime candidate for forking and a new project operating as a split from the Monero blockchain has been announced.

MoneroV plans to hit the market in March and aims to maintain a limited supply of coins in comparison to Monero’s infinite coin supply. In addition, the team behind MoneroV promise to implement new protocols that will solve the scaling problems facing coins such as Monero and Bitcoin.

All Monero holders as of block 1529810 will receive MoneroV, and anyone who holds Monero prior to the fork that is scheduled to occur on March 14 will receive 10 times the amount of Monero they hold in the form of MoneroV. For every 1 Monero (XMR) coin held, it will be possible to receive 10 MoneroV (XMV) coins.

As a result, the price of Monero looks set to rise at the forking date draws closer and investors choose to load up on XMR in order to benefit from the airdrop of XMV.

ZClassic (ZCL)
ZClassic is another privacy coin planning to fork and ZCL uses zero-knowledge proofs and decentralized and open-source technology to ensure the privacy and selective transparency of transactions.

ZClassic was originally a fork of Zcash and came into life after Rhett Creighton decided to fork Zcash and remove the 20% fee. ZCL also differs from ZEC by removing the slow start, thus allowing the market to decide the price. ZClassic is set to fork again, this time into Bitcoin Private, a coin that looks to implement privacy features on the Bitcoin codebase. Due to the current price of Bitcoin forks, interest in ZClassic has spiked since the announcement. The fork is set to take place on February 28 and the price of ZClassic has already shot up since the end of December. After reaching a price of over $230 in early January, ZClassic is currently trading at a price of around $100, and looks set to increase in value as the end of the month approaches.

hi haejin, where did you get your training or experience with the charts?

He recommends two books: "Elliott Wave Principle" by Frost and Prechter; and "Technical Analysis of Stock Trends" by Edwards, Magee, and Bassetti.

He also has 20 years of experience trading the market -- up from 15, when he started posting six months ago. o_O (This is not meant to be negative, just, transparent.)

Looking good so far. Anyway, things are looking up for EOS and other cryptos after the correction.

The extraordinary posts of masters are very good and strong characters

thx. guys have you register EOS. read somewhere that we must until 1st June etc...anyone can provide some info?

Just looking to confirm my understanding. It is the address we are registering, correct? If I subsequently send more EOS to the same address from an exchange, I do not need to do any further registration, do I? Thanks!

Correct. You are mapping to address.

I was wondering about open.EOS, that's great to know.

Sorry if this seems like a stupid question, but here goes. Are you saying that if you hold EOS (ERC) on the BitShares exchange you will not need to do anything? They will simply "airdrop" the actual EOS tokens when they are released. Kind of like what happened on many exchanges when Bitcoin forked in Bitcoin Cash?

Close enough. You will not need to do anything. EOS tokens on bitshares exchange do not need to be mapped.

Thank you for your direct answer. Moving it the BTS exchange seems easier than some of the alternatives. Hell for me, all of them. :)

Anyway to keep my EOS on kraken and still register it?

No. You must have private key for mapped address.
Please take your tokens off kraken.
Do it today.
Try Exodus Wallet.

is there a cheap way to get it out of binance -.- 1 coins seems really not fair :D

No.
Use EOS Token Distribution to purchase.
https://eos.io/ The only problem with this is that EOS is following BTC's lead at the moment. So EOS is not acting independently of BTC. BTC is still underwater heading lower. We could see EOS come down from here in the $4 range if BTC tests $4,800 and or EOS $6 if BTC bounces at 6K again.

That would be ideal. My buy ladders are placed.

I don't think the technical analysis applies in such volatile and thinly traded market that can be easily manipulated.
Also, EOS, and many other cryptos, trade against BTC, which itself is defying these technical analysis.
So, I am ignoring your "analysis" or predictions.

I believe EOS market capitalization will be ranked in top five at the end of this year!

My crystal ball says prices will go up, then a bit down, then a bit up again, and then up. Then down.