Recently we've been trying to find an efficient method to work with EOS smart-contracts. For two reasons. Firstly, we wanted to be able to thoroughly examine the way the examples supplied by EOS developers are constructed. Secondly, we wanted to have a tool which will allow us to play with our own attempts at creating smart-contracts.

Working with complex code in a plain text editor is not an option for us. We are not smart enough to deal with complex smart-contracts without extra help.

We needed a tool which understands the structure of the code, so it can present it to us in all different aspects and show us all the intricate relationships inside the code. Also, we needed a tool which will point out errors and produce warnings in our newly created code, so that we can spot and fix them before attempting to send it to the WebAssembly compiler.

In other words, what we needed was an IDE (Integrated Development Environment).

And after several attempts with various tools we've discovered that Eclipse CDT (C/C++ Development Tooling) can do the job quite well. 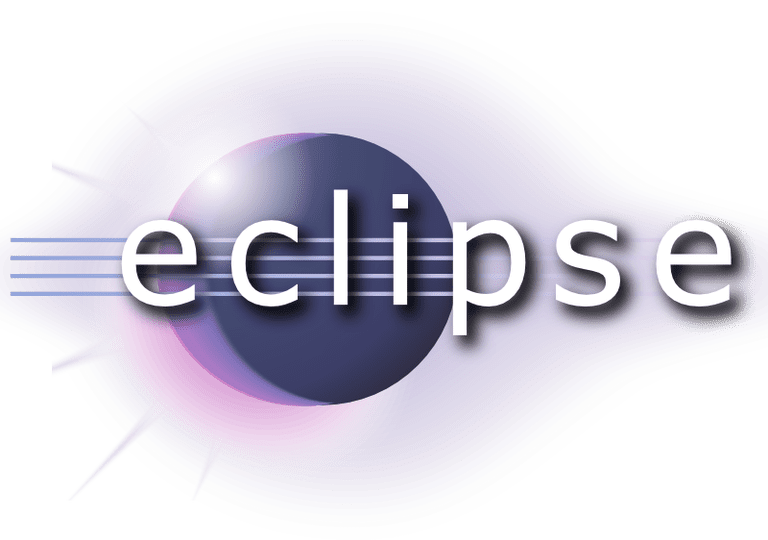 Importing EOS smart-contracts into Eclipse is a trivial task. It just worked without any extra efforts on our part. It turns out Eclipse code indexer engine is smart enough to correctly parse the latest C++14 standard which is being used by EOS devs.

As expected, in Eclipse the demo smart-contracts have become much clearer.

We could see the entire structure of the code: We could select any method and see all its references: 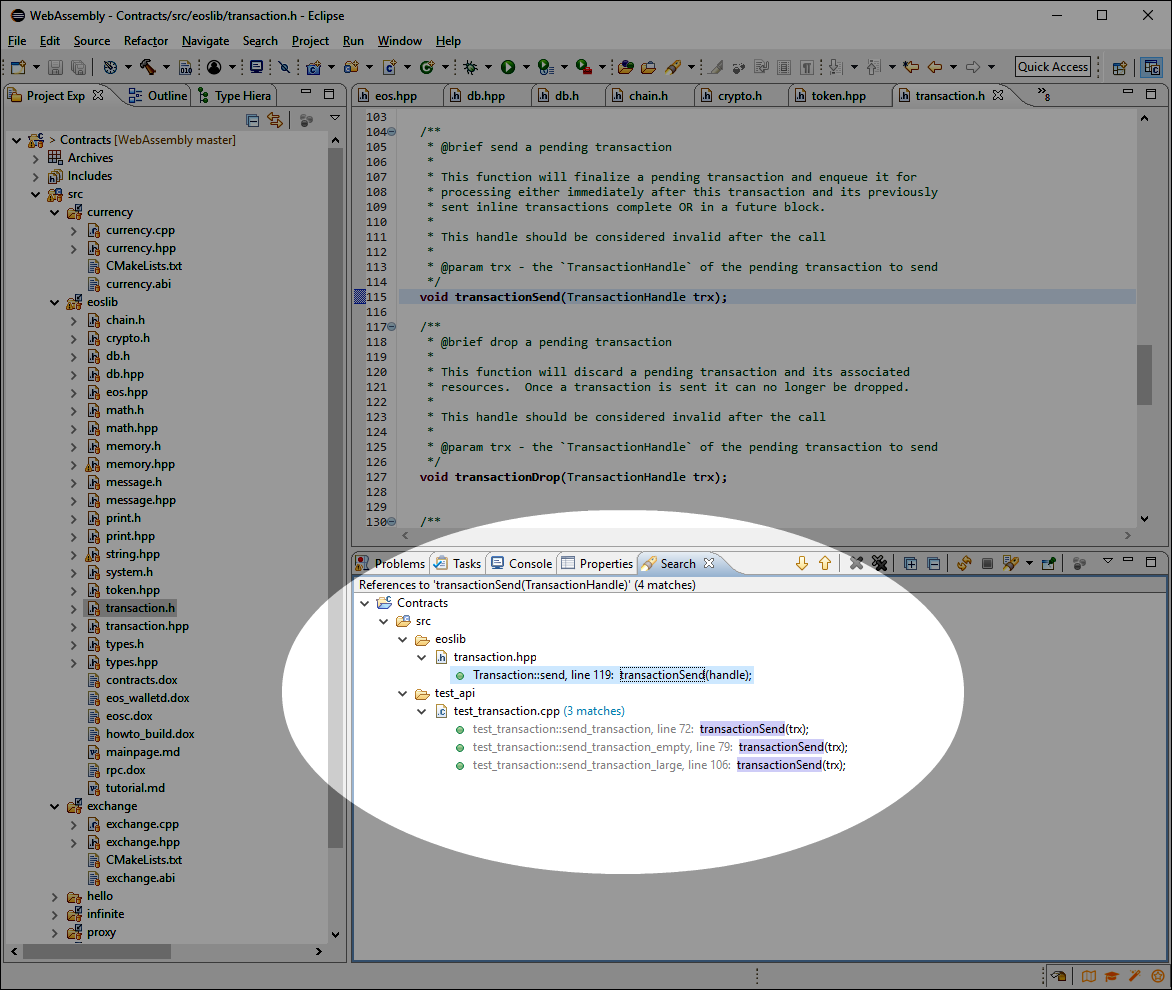 We could see the entire call hierarchy of a given method: And last but not least, when working with a new code we could utilize the powerful refactoring tools offered by Eclipse.

Where are the demo contracts?

Inside the repository, demo smart-contracts are located in the contracts folder. There are several of them, here is a list of those which do work:

Additionally you will need the header files contained in the contracts/eoslib folder. Demo contracts are dependent on them.

You need to run a separate command like this for every demo contract. For example this command creates a symbolic link for the currency demo contract:

Can we achieve more?

Switching to Eclipse was a big improvement for us but we wondered if we could push it one step further - compile the code right inside Eclipse, so that we have the code additionally verified by a C++ compiler. The reason we would want this is that the code indexer is only able to discover syntactic errors (as well as discover syntactic errors (as well as some semantic onones), while the compiler would offer us the ultimate verification: everything except run-time errors.

As EOS is using the experimental C++14 standard, setting up a C++ compiler capable of this task is quite tricky. We will describe it in a separate post. So stay tuned for more on this subject.

eos eosdev
5년 전 by tokenika58
$23.61
87 votes
댓글 남기기 18
Authors get paid when people like you upvote their post.If you enjoyed what you read here, create your account today and start earning FREE STEEM!
STEEMKR.COM IS SPONSORED BY

the code indexer is only able to spot semantic errors

Thanks for pointing it out.

Technically you are right - at least according to the formal definition.

Eclipse seems to present all errors discovered by the indexer as semantic - hence the mistake.

I've corrected the text to reflect that the code indexer can discover syntactic errors as well as some semantic ones (e.g. nonexistent variables).

the code indexer is only able to spot semantic errors

Working with complex code in a plain text editor is not an option for me either :)
Your extra help is very welcome!
Thank you very much for taking the time to share your knowledge.

Keep on informing. Very nice for the community.

Thanks @tokenika for your post, your invention is so beneficial ...! We will keep waiting for further discoveries

great info keep it up

This post has received a 100.00 % upvote from @steemdiffuser thanks to: @jbbasics. Steem on my friend!

Will it wokr in future in microsoft visual studio? 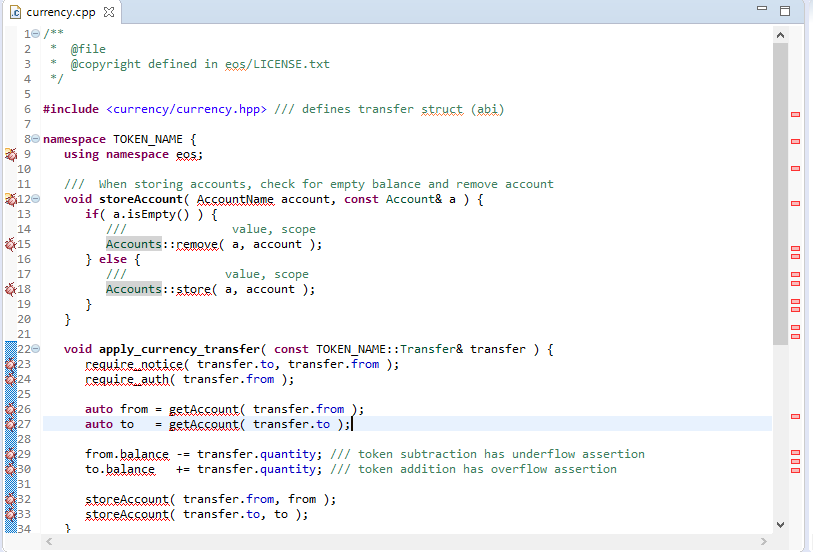 What am I doing wrong?
Can somebody help me with making proper import to this IDE?

I have a setup for working with EOS contracts in the CLion IDE here outlined here:

It can also build the wast and abi files directly in the IDE.