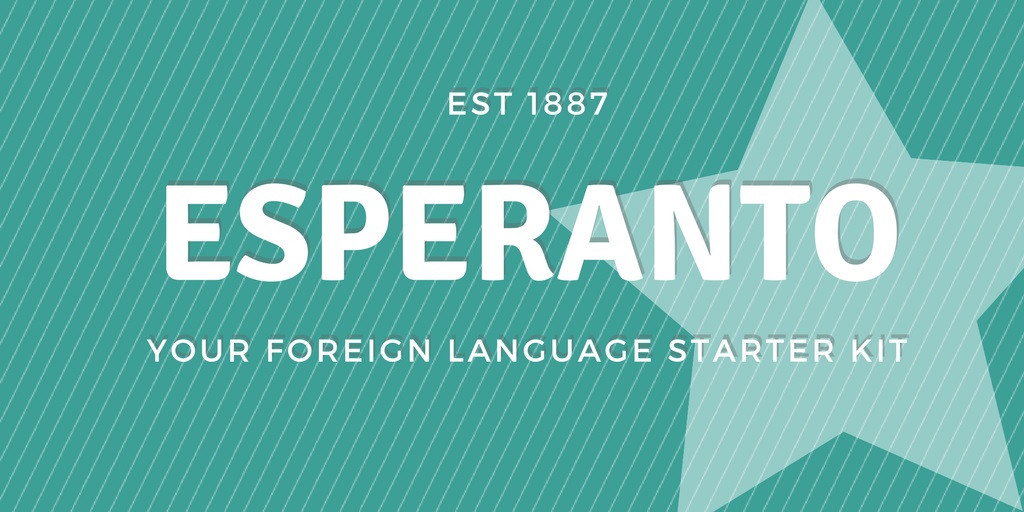 [Part 2] Pronunciation and parts of speech.

My name is Scott and I speak Esperanto. You can, too!

If you missed my first part in the series, you might want to check it out here, where I talk about what is Esperanto, and why Esperanto is kinda cool! (TL;DR - Esperanto is an invented language, made to bridge the language barrier, but also to further arts and literature. Esperanto is not easy, but an easier path to communication, meant not to supplant native language, but to be an auxiliary language.)

Today I get into some of the nuts and bolts of the language, and start you on the road to learning it!

I was first attracted to Esperanto because it seems to have many of the same goals as the Open Source movement. When Dr. Zamenhof set up the language, he wrote what I think of as an "API" for other people to learn and build onto the language. He set up 16 fundamental rules of grammar which is still the unchanged basis of the language today. One of the most brilliant of the rules is #15: New foreign words can be introduced into Esperanto, according to the other rules of Esperanto. That way, we have words radio (radio), telefono (telephone), aŭtomobilo (automobile) – things that weren't around when Zamenhof created the language! Times change, and the language comes with it.

First tools in the toolkit

If you're going to speak this new language, you need to learn how to pronounce things! Fortunately, in Esperanto, that is easy for us, because of two things. "Hey, I thought these cute letters need some little hats!"
In English, we have different ways of pronouncing some letters. For example, the letter C is differently pronounced in the English word "circle", one C makes an "S" sound, and another makes a "K" sound. In the English word "garage" we have a hard G and a soft G. Esperanto nails these down with only one sound per letter, then adds a few extra "hat" letters to make a few extra sounds. In the following chart, I'll leave out the letters that sound like their English counterparts, and I'll just focus on the letters that may have some ambiguity with the English.

Note: There are no Qs, Ws, Xs, or Ys in Esperanto, unless you're talking about someone's name. For example, you'd still type "Willy Wonka" in Esperanto and then ideally advise someone how to pronounce it!

As mentioned previously, we have some additional letters!

Whew! If you've made it this far, good job! It's not as hard, in practice. Once you practice these sounds, it will be ... well, I'm not going to lie to you. Pronunciation in a foreign language is not easy! I still find my mouth stumbling over the Esperanto C and the Esperanto R. I just do my best, and nobody has ever mentioned it, though. Don't be too hard on yourself. English is my native language, and I still mess up pronunciation in it from time to time!

When you pronounce an Esperanto word, put the emphasis on the second-to-last syllable. You can emphasize other syllables as you need, to make it flow better for you. Let's use some of your new-found knowledge to see if you can pronounce these words in Esperanto. However, on this quiz, you can cheat and look up the pronunciation guide above! Once you've said the word, do you have a guess to what the word means? Then, click the word to go to the English / Esperanto dictionary, to see if you're right! [Then, come back!]

There may have been something that caught your attention in the words above. Did you notice?

This way, you can tell the part of speech of most words in Esperanto. Even more powerful: The part before the ending letter is considered the "root". You can (generally) change the last letter of a word to change its part of speech!

For example, if you take the word helpi, it means "to help". If you change the ending to an -o, you get the noun form of "help" - helpo. If you change the ending to -a, you get helpa, which would be the adjective form. So if you wanted to talk about a "help service", you might call that a helpa servo. You can even use an ending -e, to make a word perfectly fine in Esperanto which doesn't really have an English one-word meaning, but means something like "with help" in English.

Further, you might see the word servo which I used as the Esperanto word for service. You could extrapolate that to the verb form of "to serve" by dropping the -o, and adding the -i. To serve is servi. Earlier in the lesson I taught you the noun telefono, but you can easily make that into the verb form, telefoni. Easy-peasy!

Now you know one reason why Esperanto is easier to learn:

Every time you learn one word in Esperanto, there's a bunch of words you learn with it!

We will further unlock the amazing power of Esperanto roots in the next lesson. Stay tuned!

esperanto language busy adsactly tutorial
4년 전 by yekrats50
$0.65
26 votes
댓글 남기기 4
Authors get paid when people like you upvote their post.If you enjoyed what you read here, create your account today and start earning FREE STEEM!
STEEMKR.COM IS SPONSORED BY

ok already I vote. do not forget to vote back

Asking for upvotes in a comment is frowned upon and generally considered bad manners. You risk getting flagged for behaviour like that.