ETHEREUM Trading at $363 - The HISTORY of ETHEREUM

Ethereum is pushing past a solid foothold over $350. Currently trading at $363 and change. Ethereum seems to be trading like that of Bitcoin did in the past "EXCEPT" FASTER. Ethereum has the momentum of a 750 HP Lambo. The traction that Ethereum is gaining is all over the charts. Who exactly is helping to support Ethereum? This is why the Crypto Currency has taken off. Read Below this Picture. 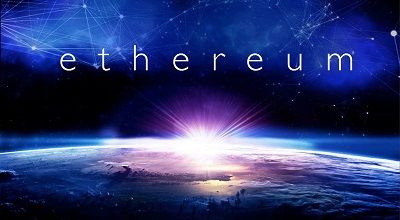 FROM the ARTICLE "History of Ethereum"
"In addition to developing the software for Ethereum, the ability to launch a new cryptocurrency and blockchain requires a massive bootstrapping effort in order to assemble the resources needed to get it up and running. To kickstart a large network of developers, miners, investors, and other stakeholders, Ethereum announced its plan to conduct a presale of ether tokens, the currency unit of Ethereum. The legal and financial complexities of raising funds through a presale led to the creation of several legal entities, including the Ethereum Foundation (Stiftung Ethereum) established June 2014 in Zug, Switzerland.

Beginning in July 2014, Ethereum distributed the initial allocation of ether via a 42-day public ether presale, netting 31,591 bitcoins, worth $18,439,086 at that time, in exchange for about 60,102,216 ether. The results of the sale were initially used to pay back mounting legal debts and also for the months of developer effort that had yet to be compensated, and to finance the ongoing development of the Ethereum."
Here is the article: http://ethdocs.org/en/latest/introduction/history-of-ethereum.html

ethereum crypto bitcoin steemit dollar
4년 전 by crowe60
$0.50
23 votes
댓글 남기기 13
Authors get paid when people like you upvote their post.If you enjoyed what you read here, create your account today and start earning FREE STEEM!
STEEMKR.COM IS SPONSORED BY

My History with Ethereum

Winter 2016/17: Wow, crypto is cool. I think I will spend my paycheck investing in Ethereum. I have seen some cool articles about it and I think it will be worth a lot one day.

Oh man. So sorry about that. Ouch. We are so trained not to be greedy with stocks. We need to deprogram ourselves with the crypto scene. Buy and hold. I hope you have more success with other crypto's. Who knows, maybe you will get into another winner. Good luck.

Thanks! Luckily, Steem seems to be headed in the right direction (knock on wood). Since you can only power down 1/13 of your SP a week, and I have gotten into a habit of powering up almost every post, I finally am being forced to hold :)

I know, I have my account set up with 50/50. (sp/sbd). I am holding my sbd's in hopes of steem coming down and evening out with the sbd. Then I'll transfer that to steem. Like you say... Knock on wood.

Huh, so they premined ethereum so that they could sell it and work on it?

Nice Catch. Something sinister is being planned. Just look who is behind Ethereum. This is the one that could surpass Bitcoin in my opinion.

Ethereum is growing and even with NEO I don’t think there’s any scope of Ethereum falling again. If you’re interested in Ethereum trading, check out my blog article on why Ethereum Trading is the next big thing here:
https://wikicrypto.com/ethereum-trading-next-big-thing/