The town where it is illegal to die – about dumb laws

On the Internet you can find a huge amount of lists with absurd, weird and funny laws from all around the world. Unfortunately most of them are only described in one sentence, for example: "In one state it's illegal to play dominoes on Sunday". There is rarely any context given. And sometimes the origin of such law can be more interesting than the law itslef.

As it often is on the Internet, many of those legal curiosities are completely fake, but first we'll look into some that do actually exist. Below you can see a couple of different types of dumb laws the story behind them.

In 2000 the mayor of Le Lavandou, a town in the southern part of France, prohibited people from dying. The weird ban was created because the town's cementary was full and the construction of a new one was stopped due to environmental concers. The mayor stated that he came up with this absurd law to protest an absurd situation. Soon two other French towns with similar problem followed the example. Today a law like this exists also in one town in Spain and one in Brazil. As it's only a form of protest, those places don't usually impose any form of punishment for those who die there. 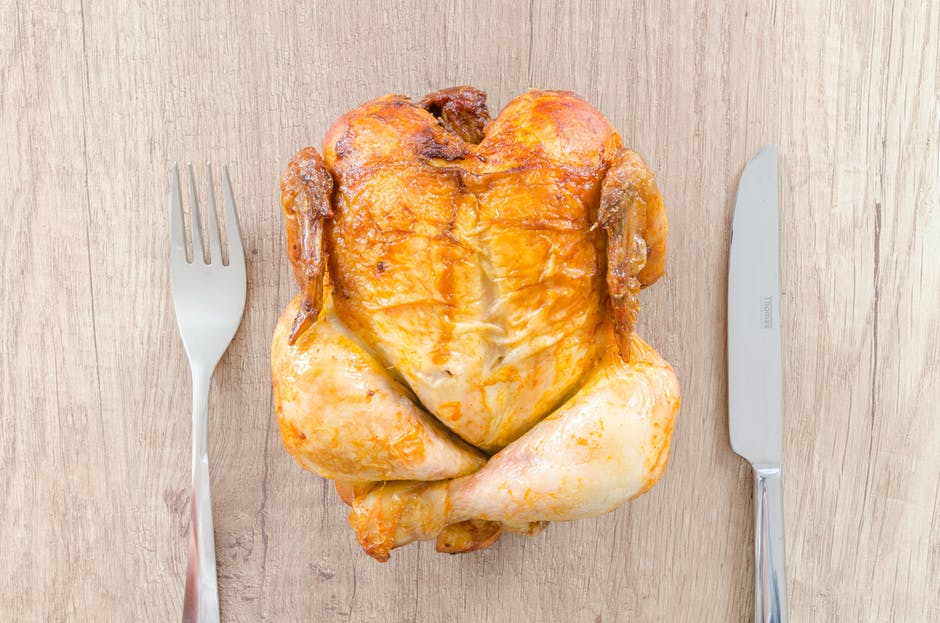 A crime in Gainesville, Georgia; Pexels.com

Illegal to eat chicken with cutlery

Another interesting law exists in Gainesville, Georgia in the US. The city is famous for its poultry industry but also for making it illegal to eat fried chicken with cutlery. The law was created 1961 as a PR stunt to promote the Gainesville as the "poultry capital of the world". You're wrong if you think the law is not in force. In 2009 a lady was arrested during her 91st birthday for eating her chicken with a fork. The ban is considered to be more of a joke, so the "arrest" meant not leaving the table before she ate the chicken the legal way – with her hands.

Illegal to wear armor in the parliament

A different kind of absurd laws are the ones that are relics from old times that were never removed. A good example is the law that forbids people from wearing armor in the Brithish parliament. It was enacted in 1313 during the reign of Edward II. At that time it was pretty justified because from time to time some people were trying to bring pressure at parliament by threteaning to use armed forces. Despite many attempts to replace old and outdated laws in Great Britain, the parliament never came to an agreement and gems like this can still be found. The law remains in force but there is no information of someone trying to break it in recent times.

In Singapore you can't buy chewing gum. The ban was created due to chewed gums polluting public spaces, sometimes being stuck there by vandals. What crossed the line though was people sticking their gum on the sensors in the brand new, 5 billion Singapore dollars train system causing costly repairs. The authorities decided to end it. Their intentions were probably right but the law they created was so strict it quickly became a sensation around the world. Import and selling gum was was completely banned in the whole country and spitting it in public would result in a $700 fine. Now the gum can only be bought with a prescription from a doctor. It turns out Singapore is the home of many weird laws. For example it's also mandatory to flush all the public toilets there.

Chocolate surprise eggs which are popular in Europe, are illegal in the US. In this case the law wasn't created specially for them, it's due to already existing regulations. The 1938 Frederal Food, Drugs and Cosmetics Act prohibits placing non-nutritive objects inside confectionery products. Some people managed to find a way around the law though. It turs out it is legal to put a toy inside the egg if it's at least partially visible from the outside. Because of that some products resembling the Kinder egg were created. What's interesting, in the last 40 years, there were only 4 reported fatalities caused by chocolate eggs. Maybe the law really is a bit to strict? Is this fish being held in suspicious way?; Pixnio.com

There also some laws that are just quite confusing.
In 1986 British parliament passed a special Salmon Act that was aimed to stop illegal fishing. It is undoubtedly a very useful act but soon everyone's attention was focused on one particular section – the Section 32 which forbids "hadling salmon in suspicious circumstances". According to the new law anyone who receives any salmon he believes could have been illegally fished commits a crime. But how to exactly determine if someone is handling the salmon in a suspicious way is still a subject of discussion.

Illegal to show musical instruments on the TV

Some rules seem strange to us because of cultural differences. For example in Iran it is not allowed to show musical instruments on the television. The ban is there for religious reasons. Some Shia clerics believe that showing instruments would be against the Islamic law. Usually during concerts there are nice landscapes shown instead. So when in 2014 one of the Iranian channels showed the musicians in all their glory, it resulted in a huge shock in the country. Since then the ban seems to be a bit less strict but it's still there.

Illegal to use wordplay

In China wordplay is illegal. According to Chinese authorities it makes it harder to convey knowledge about the history and culture and can lead to misunderstandings and "language chaos". Before the ban puns where quite popular there partialy because the language has many similar sounding words. Nowadays however their use is heavily restricted, especially in the TV and newspapers. Chinese authoritarianism is a source of many absurd laws. Movies about time travel are also banned there as they can encourage people to distort the history. Futhermore, the Tibethan monks need a special permission to reincarnate after death. 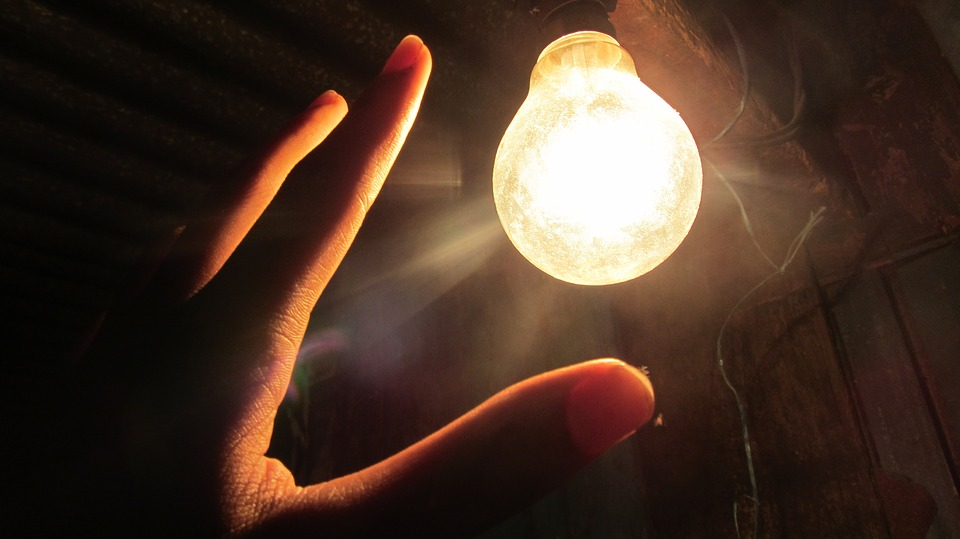 It is not known if the man on the picture has a licence; Maxpixel

Illegal to change a lightbulb without a licence

Some laws just seem to be a little ill-conceived. In Victoria, Australia in 1998 a bill was passed that regulated the electricity safety. According to that document anyone who wanted to do electrical work, even at home, needed a proper licence. It wasn't until 1999 when another law came in that made it clear that changing lightbulbs and removing a plug from a socket are excempt from that rule. So it is true that for some time it was illegal to change your lightbulb in Victoria without a licence.

Illegal to hunt whales on land

As you can read on many websites, in Oklahoma whaling is illegal. It seems pretty pointless considering that the state lies in the middle of the country and doesn't have an access to the ocean. And that's a different type of legal curiosities. It is technically true but the law that most people quote doesn't even mention whales. It only says it is illegal to hunt animals that are in small numbers throughout their range. You could include whales in there but this fact is a little bit far-fetched and the actual law is much more boring.

Illegal to name a pig Napoleon

And now smoothly we arrive at laws that are completely false. There is no proper source that would confirm that it's actually illegal in France to name your pig Napoleon. Saying that in California you can't put a mousetrap if you don't have a hunting licence only demonstrates misunderstending the law. It's also not true that in York you can legaly kill a Scotsman if he carries an arrow. It's not even sure if a rule like that ever existed and now we have a good old law preventing any kind murder. There is also no proof that in Alabama you can't wear a fake moustache in church or that in California it's against the law to eat oranges in the bathtub or that putting a stamp with the Brithish Queen upside down is considered a treason or that it's illegal to mow the lawn in an Elvis costume in Switzerland. It seems that most "dumb laws" on the Internet might be made up or incorrect. It's good to check something you find before you consider it a fact since there is still a lot of fascinating legal curiosites that do actually exist somewhere in the world.

Last but not least, an example from my country: In Poland sometimes you can still have trouble when you're taking photos of railway stations. It is a residue from a law that was removed more than am dacade ago. Polish state railways sometimes still demand a proof that the image won't be used commercially even though it seems there is no legal basis for them to do so.

facts law life travel education
3년 전 by megasuperextra47
$0.00
4 votes
댓글 남기기 0
Authors get paid when people like you upvote their post.If you enjoyed what you read here, create your account today and start earning FREE STEEM!
STEEMKR.COM IS SPONSORED BY