Apparently Making $$$ As A Farmer is Hard.

I guess I had somewhat overly-optimistic views about farming and the viability of my earning a living doing it.

Now, I haven't given up yet. I'm still researching & learning. According to the farmers I'm meeting, it can be quite a challenge actually turning a profit as a full-time farmer. 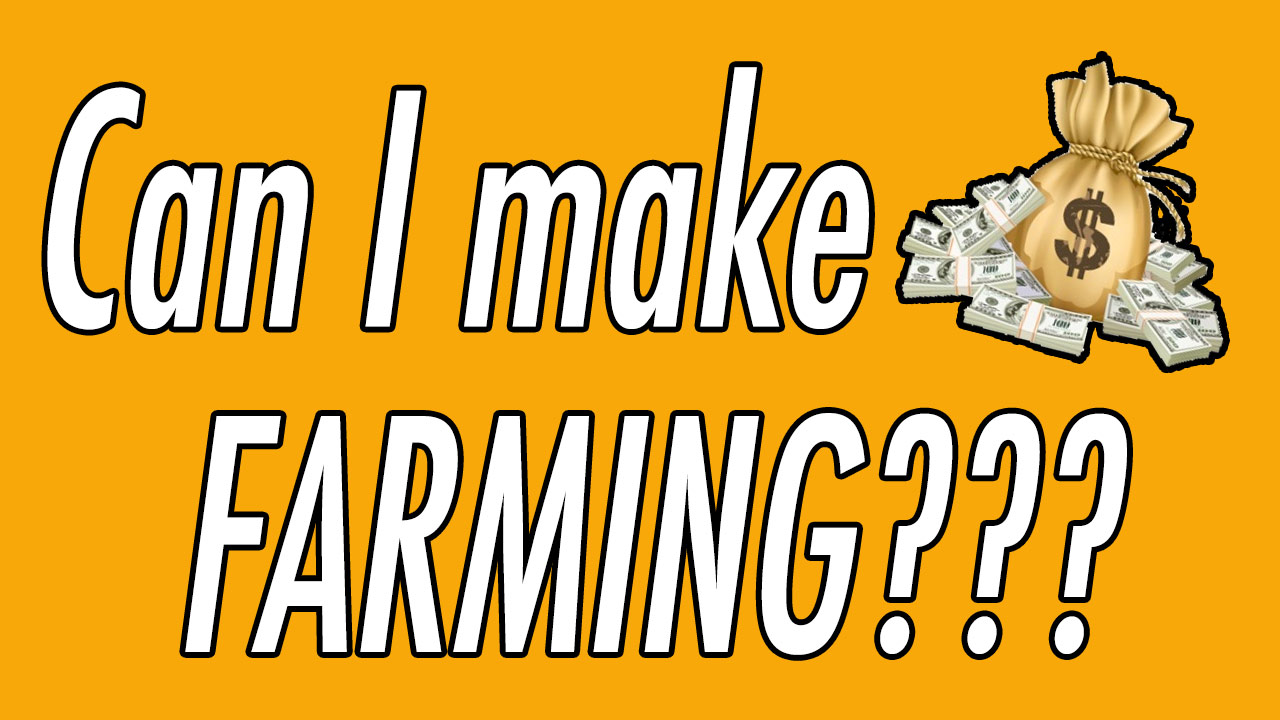 I think this is definitely viable, depending on the variables involved, but I'll be studying and planning a while before I'm ready.

There are a lot of cost inputs in farming anything

That's just the start of it. There is a lot involved.

For those unfamiliar with the concept behind pastured poultry, here is the authoritative source on it. I like layers (hens) probably the most because you don't have to harvest them for meat, or if you do, you don't do so until they're too old to lay, and even then they're not much good for eating. You can use them for stew, but their meat gets tougher with age.

I'd do meat birds if I could make money at it. I don't even need to make a lot, I just need to have it make sense so it's sustainable and so that I can save a little bit every year. 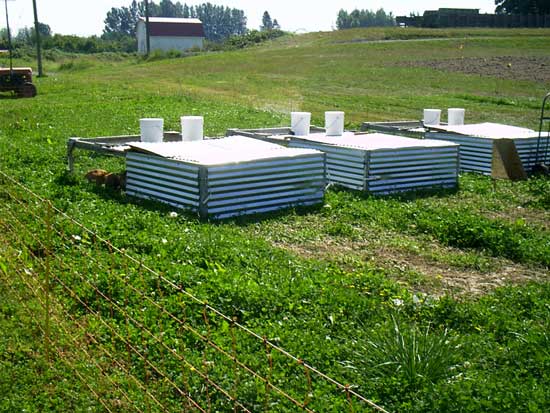 Here's an example of a poultry setup. Those things are called "chicken tractors"

I'm also learning the difference between monoculture and polyculture.

The old school method of farming considered it common knowledge that you needed to do one thing at scale to make any kind of profit. The new polyculture method suggests quite the opposite. The idea is that you can use various elements of your land in cooperation with one another to actually yield more from the same amount of land. This is done by utilizing waste, such as the manure from animals, the mineral and chemical properties provided by various plant species, crop rotation, and insects as well.

The chickens eat bugs, which you can raise off composted vegetable waste, which you get for free from your garden. The compost creates rich soil for the garden, the chickens create eggs, etc, etc.

My challenge now is figuring out how all these elements can fit together for me, in the right location, with the right market, the right product and the right planning to get it all to work right the first time.

I know this has been a very "stream-of-consciousness" post, but to me that's ok. It's better than no post at all. I want to share with you all and as @andysantics48 said:

I agree with her. She would know. She's got the farming creds to back up what she says.

In any case, I'll keep going and with God's help, I'll get where I'm supposed to go. If that is on a piece of farmland so be it. If it's somewhere else, then so be that. I honestly can't think of what else it would be for me at this time. I'm kind of all in on this at the time. It's what I think fits best for me.

I hope you all are doing well and are happily pursuing your dreams in life. May God Bless You in All You Do. Turn to his grace and pray his will be revealed to you.

farm business poultry chicken freerange
2년 전 by writewords53
$0.11
6 votes
댓글 남기기 6
Authors get paid when people like you upvote their post.If you enjoyed what you read here, create your account today and start earning FREE STEEM!
STEEMKR.COM IS SPONSORED BY

Aww thank you for the mention - I really appreciate it!
If it was me wanting to go into chickens - this is what I'd do. (I say this because chickens over the years have provided me with several holidays and a spa pool)
Research different breeds and their qualities. Select hardy breeds that are good layers. Then select a couple of novelty breeds that have the cute appeal. Sell fertile eggs if you wish but the best way is to incubate and sell sexed chicks - you can tell the sex of most breeds by 6 - 8 weeks old. Sell the pullets at 8 weeks for laying :)

You're welcome! I'll consider your advice and look at the adolescent chicken resale route in addition to the strict meat-bird approach.

It's a noble profession that not many would pursue. Too many people, especially the younger people, are addicted to electronic methods of doing things. Actually getting in there and learning the ins and outs of the basics is not how most people want to learn. I commend you for doing it this way. In the long run, you will benefit from the hands-on experience.

Thanks for your commendation, John. There definitely was something to the old-fashioned way.