panic and the war.

Jerry had his eyeballs cut out, first one, and then the other. Tumors behind his eyes closed in and struck him blind and then took them altogether. A year or so later he got some made out of glass but until then he had nothing and he would sit there with his eyelids open and drooping and you could stare into the cave of his skull and watch light reflect off the emptiness inside. Methadone for the pain and Xanax for the panic and morphine for the breakthrough pain and we'll see you again next month.

He comes up to my job sometimes and I give him a couple of pizzas to feed his wife and daughter and I give him street value for the pills and I stick them in my pocket and go on running the store. This night there are twenty-six methadones and twelve Xanax, and I keep meaning to take them out to my truck, but it's Friday and busy and soon enough I forget all about them.

So now it's two in the morning and I've already changed into my street clothes. I'm sitting in the office tearing off the last deposit slip, stuffing it in the plastic bank bag and peeling off the strip that covers the adhesive. The bank only allows a grand per bag, so I roll up the last one and stick all four of them into my pocket. Two weeks ago the owner said we couldn't smoke in the office anymore, so Levi goes to the driver's door and cracks it open. He stands there in the kitchen, in front of the office window, smoking and playing with his brand new phone.

I'm finishing the paperwork and Lynn is sitting on the stacks of unfolded pizza boxes he has to drag into the office every time he wants to sit down because he is too goddamned fat to fit in a chair. He is between me and the door and he is spitting long arcs of tobacco juice into the garbage can and playing Punch Out on my PSP.

When they come through the door it takes a second to realize that I just watched Levi get hit in the head with a pistol and by the time I do he's crumpled on the floor and they are already in the office and I'm on my feet. Then I'm looking down the barrel of the gun and my first thought is, "It's just a goddamned .22."

"Give me the money," he says. I look up from the gun and from between the hood and the bandanna he is staring at me. I don't know what he sees in my dead eyes but I know what I see in his and it does not scare me at all. I can see the other one holding Levi's phone in his hand and Lynn is still just sitting there playing Punch Out between us but he has stopped spitting into the garbage can, like they won't notice his fat ass as long as he doesn't spit, and that's when I start to laugh.

The one with the pistol takes it away from my face and hits Lynn in the head with it and points it in my face again. Then the other one snatches my PSP out of Lynn's hand and I stop laughing. I would like to tell you exactly what I said, what I called him, but every time I write it down the goddamn paper catches on fire and I have to write all of this shit over again. I can assure you I was emphatically clear that he should go ahead and shoot me in the face. He hits Lynn with the pistol again and I know this piece of shit isn't about to shoot anybody. But then Lynn says, "Give him the money," and I can see that he's bleeding. I glance at the window and Levi is standing there holding the side of his head and blood is seeping out from between his fingers where he is cradling the ear that has been split in two.

"Fine," I say, but I already know I'm not giving these dudes shit and I reach down and pick up the empty cash box and hold it out. The one with the gun snatches it from me and they run out the door and into the night.

No one says anything for a minute and I can hear the oven clicking as it cools down. They are both looking at me, Levi through the window, and Lynn from the stack of boxes beside me. It takes a second to figure out what they want and then I say, "I ain't never called the pigs in my entire goddamn life and I ain't fuckin startin now." Levi has leaned up against the window and now there is blood smeared across it and I never even got to play that goddamn PSP.

"Oh, goddamnit," I say, and reach out to push the panic switch.

Let's pause for a minute and back up ten years. I'm sitting alone in a living room in a sprawling apartment complex in Costa Mesa, California. It's Monday night, and I'm settling in to the second match on RAW and waiting for The Rock to come out and lay the smackdown on some roody-poo candy asses when I hear a loud crash and glass breaking and falling and breaking again, followed by laughing and shouting and then many shuffling feet. I step out onto the back patio and see a bunch of Mexican kids running away from the vending machine. I head out the gate and walk over to it and see that everything is gone except for a single Snickers bar lying in the bottom amongst myriad shards of broken glass.

I never made a conscious decision to take it. I was standing there looking at it, and then it was in my pocket and I was on my way back to the living room, following the smell of what The Rock was cooking. The bitch had already grabbed me by the arm before I realized she was a cop and then she was saying, "What's that in your pocket," as I was trying to pull away from her.

"A candy bar," I say. It is at this exact moment I realize that what is actually in my pocket is one candy bar, forty-five tabs of ecstasy, a pack of cigarettes and three grams of hash. I'd gotten the pills from a girl in Seattle and I was using them to pay my rent, doling them out a few at a time to whoever happened to be around.

I hand her the Snickers bar and she lets go of my arm and says, "Come with me," and as I hear myself start talking about dirty little Mexican kids and how I ain't even from around here I begin to understand that I am about to go to fucking prison over a goddamned candy bar that I never wanted in the first place.

So here we are in this tiny office and Lynn is bleeding by my side and Levi is bleeding up against the window and right about the time I let go of the panic switch I realize that I have all of these goddamn pills in my pocket with the fucking money that I'm about to have to hand to the police.

That's when I start to panic.

Jeremy Maxwell is an Atlanta based author. He has been published in Nately's Magazine, as well as being the founder of Dirty Hera Publishing, where he uses the book press he built from scratch to put out new material by hand. 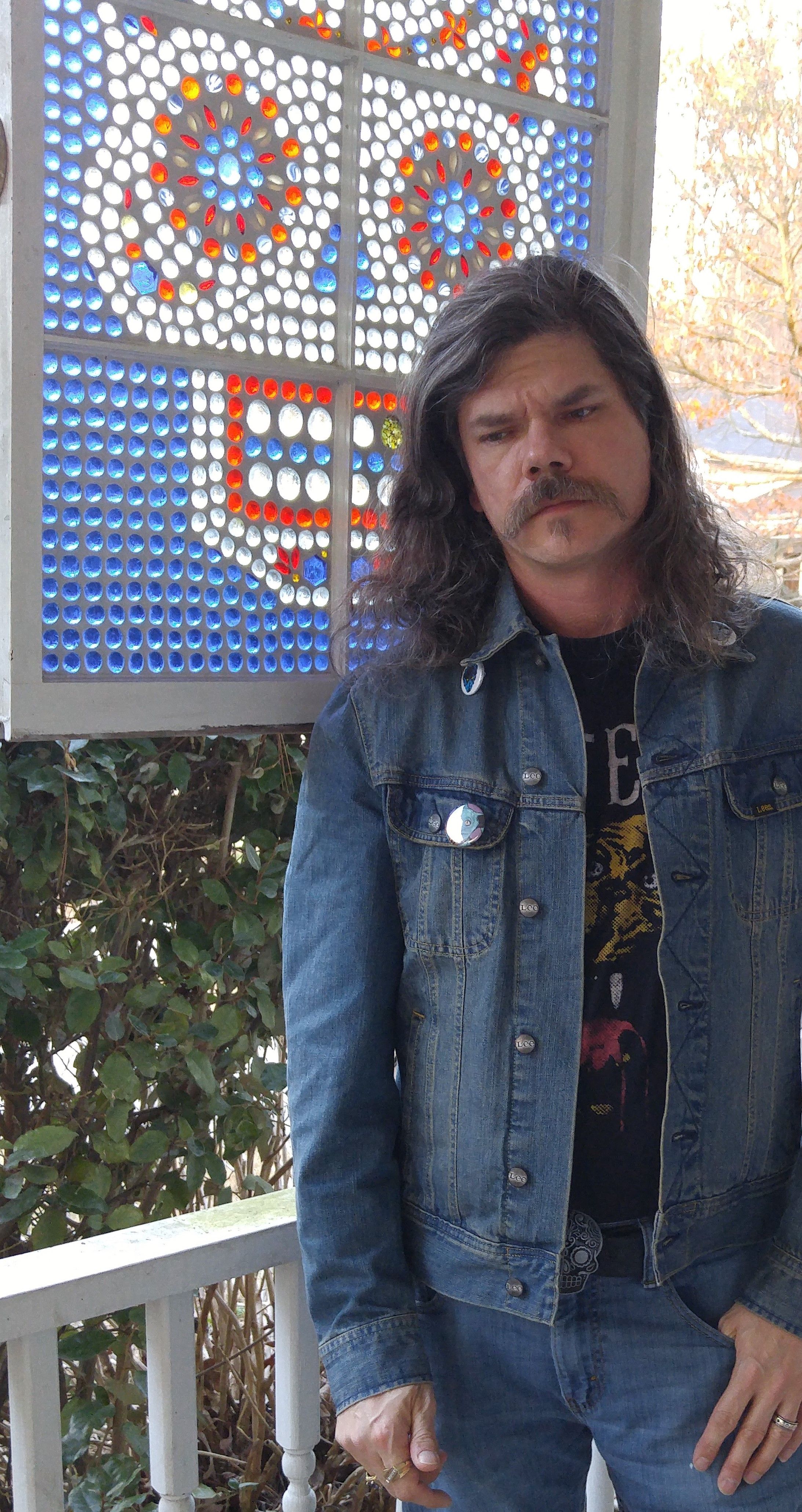 fiction writing story freedom funny
5년 전 by dirty.hera46
$3.63
77 votes
댓글 남기기 14
Authors get paid when people like you upvote their post.If you enjoyed what you read here, create your account today and start earning FREE STEEM!
STEEMKR.COM IS SPONSORED BY

I suggest you stop following the votes of @lukestokes unless you want all of your posts flagged just like your account did to me.

Unbelievable.
It was some dude I followed on Stremian.
My post got downvoted before anyone ever even saw it.
My account is downvoting people? Jesus. I'm turning all that shit off now.

Yes, looks like that is the case. I removed my flag on your post, so you're back to good. Just gotta watch who you follow, not all are trustworthy.

I'm so sorry.
No wonder nobody ever sees my stuff.

You can choose whether to follow the downvotes in setting under curation trails.

Or just follow my trail, I've never flagged anyone :)

Thanks. I just went through and stopped downvotes on all curation trails.
I was already following you. :D
Now I'm only downvoted by @pal but I don't know how to fix that.

@berniesanders: Are you suggesting I'm not trustworthy? Can you point to a single time I've flagged you that wasn't justified based on the UI on Steemit explaining how flags should be used? If you abuse others and get flagged for it, what rational justification are you using to counter-flag those people who are working to support the community standards of the platform? By flagging users like @dirty.hera, you are harming the network and you don't seem to care. You've flagged me numerous times with irrational reasons. Why not just be honest and say what you really mean: "Luke, I'm flagging you because I don't personally like you, and I enjoy the drama." That, at least, would be honest.

If you verbally abuse people here, you will be flagged. The times I've flagged you, I've even warned you before doing it and gave you the opportunity to change your comment.

@dirty.hera: Thank you for commenting on my post. I will reply there in more detail. I'm sorry you got wrapped up in bernie's drama here. He seems to thrive off it and tormenting others. You can search Steemit to see many examples of it and of the people who have left Steemit because of his actions. My best advice for you is to ignore him. I only engage with him in hopes to help others understand, even though it results in more downvotes from him on my posts.

I'm suggesting you're a pretentious douchebag, as I have in the past. Given your account value is less than I carry in my wallet, I'm not too concerned about your weak ass flags but when you draw others into it, then it becomes a problem as it has here.

I'd love to see "many examples" of people ACTUALLY leaving Steemit because of me. It's time to put up, or shut up.

Thank you for mentioning this.. I had no idea my account could even downvote. I appreciate both of you for at least telling me what was happening.

Thank you, that means a lot.

Hey, thank you. I am glad to know it is showing up.