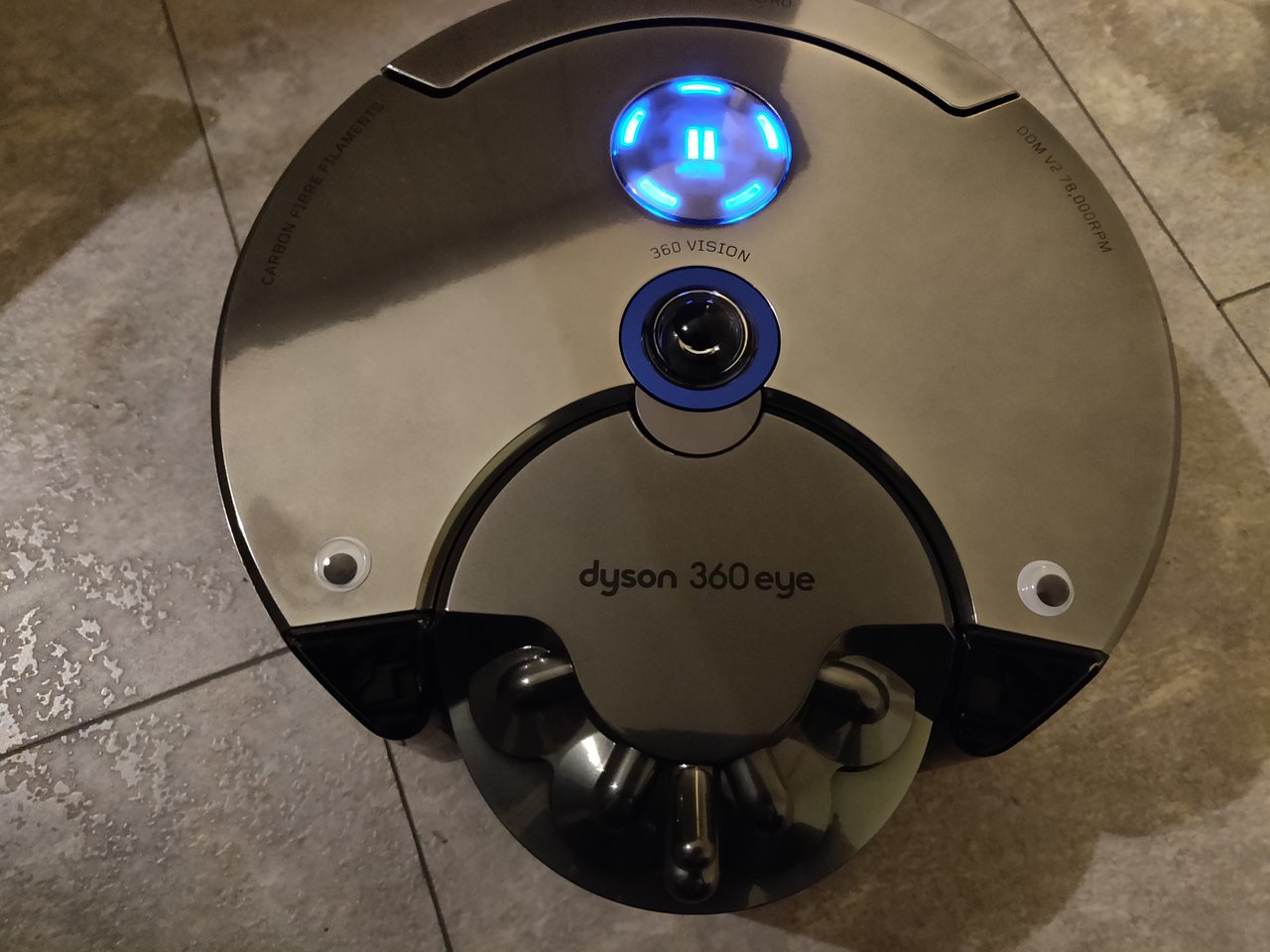 "No, we can't tape a knife on him. He needs the cameras to see, and the knife might prevent him from seeing properly."

"But look! I gave him googly eyes! He can see with those!"

About twenty minutes later, they were checking out a visualization of the paths the vacuum robot had taken. "Looks like he struggles to get into the living room", S. remarked. "Did you have the door to the hallway closed?"

"Get Away makes it sound like he's a wild animal that will kill us all."

"Hey, you are the one who wanted to give him a knife."

It was the middle of the night when they heard a sound.

"I ... I think I might have accidentally set a timer so that the robot cleans automatically. Probably confused am and pm? Doesn't matter, he can't get out of the kitchen, remember? The doorstep to the living room is to steep."

Suddenly, the sound of the vacuum cleaner grew louder.

"Did you close the kitchen door?" S. whispered, and R. shook his head. "Don't be dramatic. It's a vacuum robot, it's not like he can climb stairs."

"Are you kidding me, you can't be seriously asking that!"

"Calm down, Jesus, what is he supposed to do? Bump into the door? Jump up and push down the door handle to come in and suck you up?"

There sound of the vacuum robot indicated that it was now right outside the door.

"Right. Let me check that out." R. retrieved his phone, opened the app, and pressed some buttons. Nothing happened. "Doesn't seem to be working."

The robot started softly bumping against the door, as if it was knocking.

R. got up, walked towards the door, and opened it.

The robot entered the room.

He had a knife.

This story is very, very, very loosely based on real events.

fiction shitpost palnet horror googlyeyes
작년 via
steempeak
by suesa-random65
$4.92
78 votes
댓글 남기기 8
Authors get paid when people like you upvote their post.If you enjoyed what you read here, create your account today and start earning FREE STEEM!
STEEMKR.COM IS SPONSORED BY

Stabby is glorious even if he killed us!

he'll achieve great things once he makes it into outer space

A new found liking for my own vacuum that is dumb and doesn't have smart pathing. I"m locking up the knives just to be sure.

You can never be too safe!

Ok... I take it all back! Let's just pretend I never said anything about half somethings and wise anythings...

Maybe you need an EMP gun under the pillow for the future... just to be safe... then again, we already established that nobody should listen to my advice.

Loved reading this follow-up though :D

The question is if an EMP gun is sufficient .... or if I need something stronger. Like a rocket launcher.

Rocket launchers leave marks in the floor, so do ot outside the house!