Directed by Roman Polanski, and starring Johnny Depp, this 1999 film is a masterpiece of cinema. It follows the investigation of an art dealer, to find the three elusive originals of an occult book, The Nine Gates of the Kingdom of Shadows, allegedly written by the Devil himself! 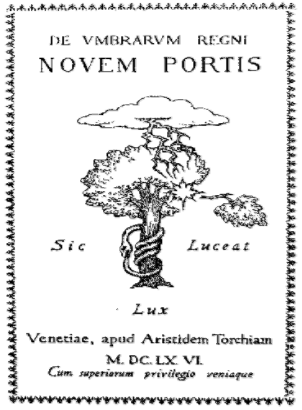 The story unfolds like a Call of Cthulhu scenario, with the protagonist visiting various locations throughout Europe: penthouses & studios in modern towns, remote rural villages, old libraries, and ruined castles. Each stop gives a clue about the next stage in the investigation. In those places he meets with a variety of persons: wealthy collectors, thugs, mysterious patrons, reclusive researchers and old book-binders; some willing to help, others with their own hidden agenta and of course, some putting obstacles to poor Johnny!

Polanski does a great job, inducing this slow-paced movie with a unique feeling of dread and things working behind the curtain. It is very similar to his Frantic! where the protagonist was clutching at straws, trying to figure out what is actually going on. Photography is amazing, with unique locations & indoor sets used in the best way, always giving a sense of seeing just a small part of the whole picture. The libraries in particular, are so impressive that I wished I could somehow stand in there and examine the books one by one. The director succeeds in making a good thriller by the meaning of the events unfolding, not by presenting lots of action and effects. He shows a lot of information about the book and the parties involved in its acquisition, but the protagonist does not directly understand the meaning of it all. A lot of hints are there, but there is no explicit explanation, and the viewer has to make up his own, based on all the clues. I love that in films!

With so many clues, and no direct explanation, it remains in the viewer’s discretion to solve the puzzle. What is the meaning of the film, and what does the ending mean? Most of the reviews I’ve read draw different conclusions, and explain the movie in various ways. That is a great success for Polanski, to provide a piece of art that evokes different feelings and has different meaning to every viewer. So, go on, watch the movie and see what you can make out of the clues given -- and every time you watch it and think more about it, something new will reveal itself to you!

My Interpretation with SPOILERS

What follows in my own understanding of the film.

The original book is written by the Devil, with nine drawings, detailing a way to Summon Satan. An occultist named Torquia found the book and to make it hard to follow, so that only a truly devoted person might discover the whole Summoning, he made three copies: each copy contains three of the original drawings, with the remaining six in each copy having slight differences, but crucial enough to disrupt the actual ritual. So, to get the full ritual correctly, one would have to collect all three copies of the book. Brilliant! The whole movie is following the protagonist in his path of initiation into the Occult, like the Fool’s Journey of the Tarot, but in this case the path is laid out by the nine drawings showing how to cross each gate. The art-dealer starts off as an unscrupulous person, selfish, and prone to sin. As he goes through his initiation, he slowly becomes more & more corrupted, obsessed with finding the books not for his employer/patron, but to read their contents for his own gain. He is like the protagonists of Lovecraft books, slowly losing their sanity to the terrors held in the pages of forbidden tomes.

Yes, he is the perfect candidate to do the Devil’s Bidding! He scammed a client, he loves money, he lies, he indulges, he tricks the main antagonist with a false page, destroys the ritual he staged and completes it on his own. Ultimately, he welcomes the help of a supernatural temptress, willingly joining forces with her. He succumbs to the lure of power, and completes his initiation by holding the hand of the Devil him(her?)self, passing through the Ninth Gate and completing his initiation as a Worshipper of the Devil. This movie does not carry an ethical, politically correct message: it is the story of a man seeking power with nothing to hold him back.

Detailed analysis with occult symbolism
The nine engravings and analysis

The theme of satanism, ritual magic and the occult is also the main plot thread in Polanski’s 1968 film, Rosemary’s baby. In that film a newly-wed couple moves in a tower building and socializes with several member of high society; later, it is revealed that these people are members of a satanic cult, intending to kidnap the couple’s baby because it was conceived by the Devil. It is like a statement on high society’s secret aspect, similar to what Eyes Wide Shut was all about. Link to detailed review

The next year, 1969, Sharon Tate (Polanski’s wife in real life) and 3 friends were all murdered in her apartment, by members of Charles Manson’s group. She was 8½ months pregnant. The murder had some ritualistic aspects, with rope tied around the necks of the victims and to each other, all stabbed multiple times, and words scribbled on the walls with blood. Manson’s preaching to his cult was that Satan & Christ would join forces in the end, to judge humanity. The Tate Murders in Wikipedia

The castle of the end scene, is Château de Ferrières in France, built to the Rothschild family. In 1972, a surrealist ball took place there, with Dali among the attendees.

John Lennon lived in the same building Rosemary’s Baby was filmed, the Dakota building in NY, and was shot at its entrance.

film review occult movie satan
2년 전 by nyarlathotep61
$81.67
64 votes
댓글 남기기 12
Authors get paid when people like you upvote their post.If you enjoyed what you read here, create your account today and start earning FREE STEEM!
STEEMKR.COM IS SPONSORED BY

This should be the last one!

Sorely underrated...wisely counter-cultural to Hollywood's idea of what a supernatural thriller should be

Exactly! I could watch 100 popcorn movies and have fun, but movies like the 9th Gate are reminding me why cinema is considered the 7th Art.

oh this guy never gets old! :)

Yes, that's true, maybe he really has a pact with the Devil! Most of the movies he plays are a bit different, not the usual Hollywood commercial successes; they have an artistic value (Sweeny Todd, Nightmare before XMas, Ed Wood -- actually everything by Tim Burton!) or are totally spaced-out (Fear & Loathing, Mr Mordecai).

One of my favourite movies and it captures the Lovecraftian mythos more than any movie of this kind:) Your review is amazing and i loved you included the "weird facts" section. I ve seen photos of the surrealist ball but i did not that this was the castle:)

It belonged to the notorious Rothschild family since the mid 1800's, and was given to Paris University as donation. Now, it is a School of Gastronomy with two restaurants - let's go eat some bacon there!
http://www.ferrieres-paris.com/en/

when johnny depp was a great actor!! =)

Once a great actor, always a great actor! One of my favorite actors, playing in great films, like Alan Moore's From Hell, Sweeny Todd and all other Tim Burton films, Fear & Loathing, etc, etc. Just ignore the crappy recent ones!

I know!! He was a great actor!! Sweeney Todd, Pirates of the Caribbean 3!! but then.. don't know what happened to him =(

wow - spoiler or not: I got to see that!