I'm lovin' my leaven! Just like everyone else in the world... I LOVE BREAD.

However, I haven’t bought a single loaf all summer. I’ve been on a major budget, and bread is something I don’t need to spend the money on, especially because the more nutritious bread is much more expensive. 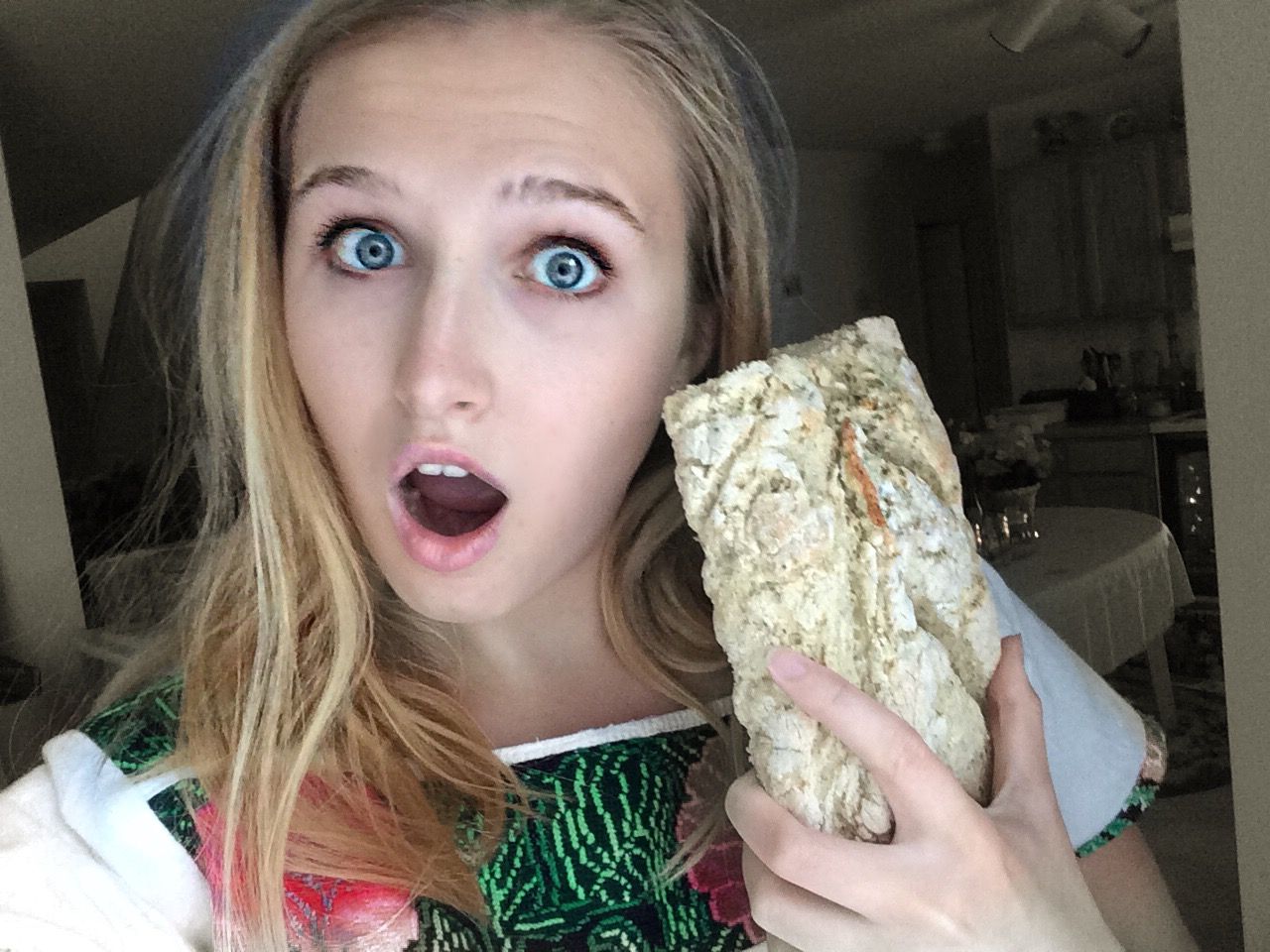 After my camping trip, I was talking to my granddad, who makes his own bread. I told him how delicious it always was, and he surprised me by suggesting that I make some myself. “Doesn’t it take a really long time? Like days of effort?” I asked.

He told me,“It depends on the bread, but I’m sure you could Google a shorter recipe. French bread is basically just flour, yeast, and water.”

With this in mind, I did some research, and I found an easy-looking French bread recipe. Why not give it a try? I have flour, and I had a bag of dry blackeye peas plus no idea what to do with them. Apparently you can make gluten-free flour by pulsing dry beans, do I did just that with my bag. About a third of my flour ended up being “moin moin” (the official term for flour made from blackeye peas) and I used all purpose white flour for the rest. Yay for more plant protein making my bread more nutritious! 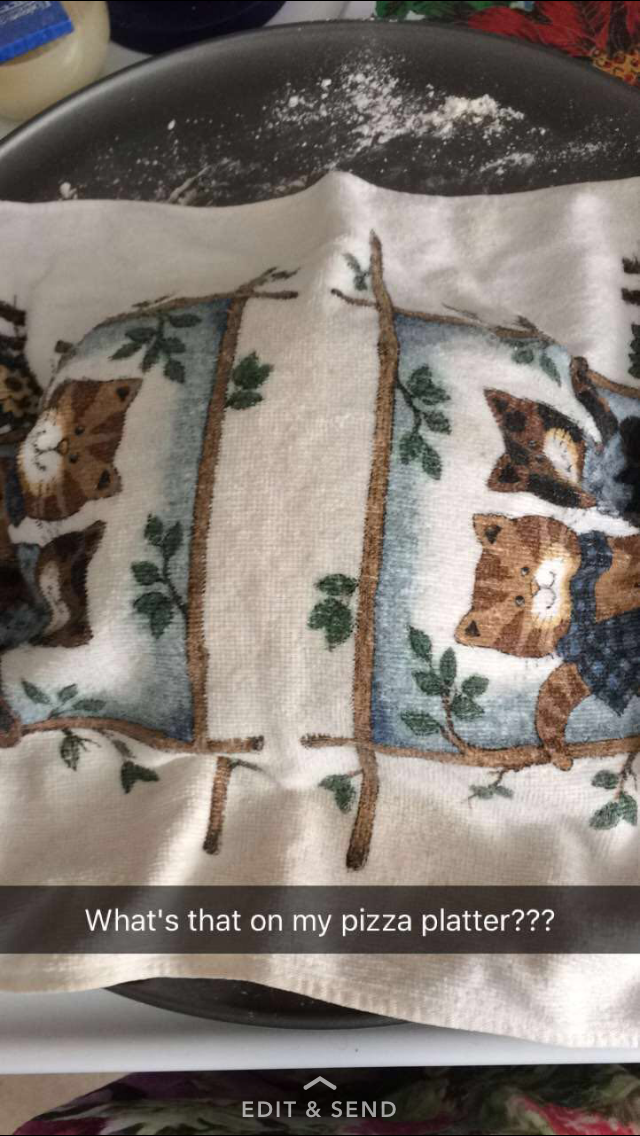 I followed the recipe as closely as I could. I don’t have photos for most of the process because it turns out that kneading dough gets your hands messy and it’s hard to take pictures. Eventually I left my dough pile to rise and cleaned the bread goo off my hands. Then I made my mistake: I wanted my French bread to be in a baguette-type shape. It was just going to bake on a pizza sheet, so I could shape it to whatever I wanted, right? Maybe, if I had done that before letting it rise. I tried to stretch it out and ended up smushing the ends. 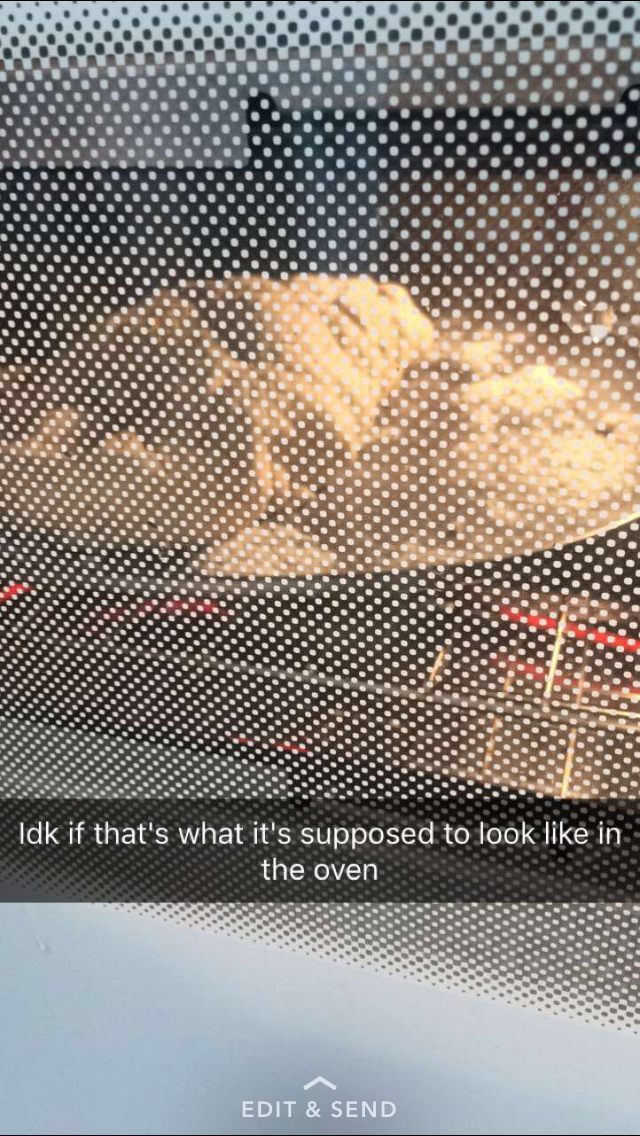 I’ve seen cookies go into the oven looking like lumps and coming out in smooth, perfect, circles, so I thought the same thing might magically happen to my lumpy loaf. Spoiler alert: it didn’t. But hey, it’s only my first try.

I’m super excited to try again… but in the meantime, I’me even more pumped to enjoy this loaf of lumpy French blackeye pea bread!

food life health bread teamcharlotte
3년 전 by ceciliakeirstead55
$10.05
23 votes
댓글 남기기 35
Authors get paid when people like you upvote their post.If you enjoyed what you read here, create your account today and start earning FREE STEEM!
STEEMKR.COM IS SPONSORED BY

I used to do that, too! Plus, I milled my own flour. It was fun but expensive (the heavy duty mixer) and time consuming. Oddly, homemade pizza crust (with yeast) is much simpler, and just as tasty!

Ooh, I'll have to try pizza crust next! That's pretty impressive, that you used to mill your own flour. I wouldn't even know where to begin if I wanted to do that!

Well done! The key to making great bread is practice. My mom is a pro at it. I've only made bagels about 4 times. They were all edible, but not nearly as pretty or light as my mom's. Did your loaf taste good? That's all that matters!

The loaf tastes really thick and yeasty. I like it, but it's not what I would typically think of for French bread! I'll keep that in mind about practice, too. It's like an extended learning experience.

Hey that's good! There is probably a technique to getting the bread airier, but I have no idea what it is.

I think it would probably work better if I gave it less yeast and more time to rise... maybe? I'll have to experiment, but I don't mind. More bread!!

French bread is usually made using gluten flours only. Also many(most? All?) of them take more time than 1 hour.

But your bread is beautiful.

If you'd like an easy and reasonably quick bread recipe, I could give you a couple links. Let's start with https://breadcentric.com/2016/10/27/basic-kids-bread-podstawowy-chleb-dla-dzieci/ - I think it's the only quick recipe that I like do much.

Or perhaps you could would be interested in preparing a levain? I know it's more effort, but then you mix things in a bowl and leave them for 12 hours before making the dough. Not really time consuming.

Those are some good suggestions! I'll check them out before baking again. I'll also be more patient. I can see why people make leaven or give it more time now.

Let me know how it goes! Thank you! I'm thinking of starting some sourdough once I move later this week... we'll see!

It looks yummy. I stoped eating bread a while ago, but I guess if I had time doing it on my own, I would go back to it :)

I was surprised at how the timing of it actually went. Most of the time going into baking it was just waiting, like waiting for it to rise or waiting for it in the oven. Maybe if you have a day where you're doing a lot of work from home, you could give it a try, and get other things done while you're waiting in between! It's pretty cool to be able to make bread.

I like all the "nice location" comments; that's my kitchen, folks! :P

Nice to have the smell of fresh baked goods in the house. Cheers!

Thanks There will probably be more to come before long, too!

delicious food,wonderful location and well written vlog it made my day

I'm happy to hear that!

I'm glad you think so!

That looks so good! I love homemade bread.

A pleasure to find your blog and know your daily life I really admire you, you're beautiful

Very well written. i love it
Love your knowledge and motivation I Wish You Would Also me Follow and Upvote My ultimate post, I follow you! @ceciliakeirstead

Thank you! I appreciate your kind words, and I'll take a look at your post!

This was great, lol "all bread is beautiful" I can tell that you really like your bread, and i'm no different, I wish you much luck on your next breadventure.
Followed

Haha, thank you! I wish you luck on any breadventures you have, too!