Should FOOD be a part of the preparation for the next economic crash? If you read a lot and listen to economic forecasts, you would have at some point been warned of the coming economic crash . . . the stock market is at a record high, the Feds are printing too much money, the Feds are dressing up the economic reports, an unbelievable report from Janet Yellen on the economy . . .

Aside from the financial preparation, there is another area of concern in any economic crash, especially if it is prolonged; the availability of FOOD. A shortage of jobs and reduced cash flow will have an impact on how much we spend on food, and whether we will be able to afford it. The old proverb, "Make hay while the sun shines," is the key to preparation. We can buy extra grocery each week and store it for that day of need, but we can also do other interesting things. 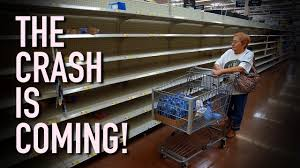 Even if extra food is not bought, food that would normally go to waste can be "preserved" for use later. Those tasty meals that you enjoy so much can be preserved, no chemicals or additives, for later use. How can this be done? By freeze drying or dehydration. Ever tasted a beef jerky or some dried fruits? You can easily make those, and much more, for yourself. 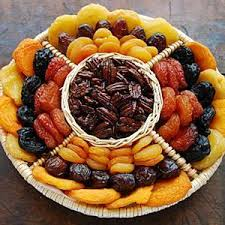 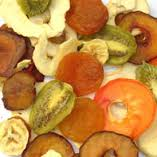 I have often wondered how to preserve food for a long time. Now I know. I even started comparing different dehydrators online. After reading this article you might end up doing the same. If not preserving the food for a coming economic crash, how about doing it because you want to?

food health life economy howto
5년 전 by keel25
$0.02
2 votes
댓글 남기기 1
Authors get paid when people like you upvote their post.If you enjoyed what you read here, create your account today and start earning FREE STEEM!
STEEMKR.COM IS SPONSORED BY

Do you think we will still be eating physical food by the time the next recession hits? Or, do you think that we will be taking pills as food? Or do you think we will be in the metaverse inside the dyson sphere when the next crash hits? Plus, what would you consider a crash? A 20% downward move tomorrow would only bring us back to where we were when Trump was elected, so in all actuality that wouldn't even be a crash because it only would take us to where we were 8 months ago. So, I think the next time we crash will because of an alien invasion or a malfunction of the dyson sphere.