The Myth of "Healthy Foods" 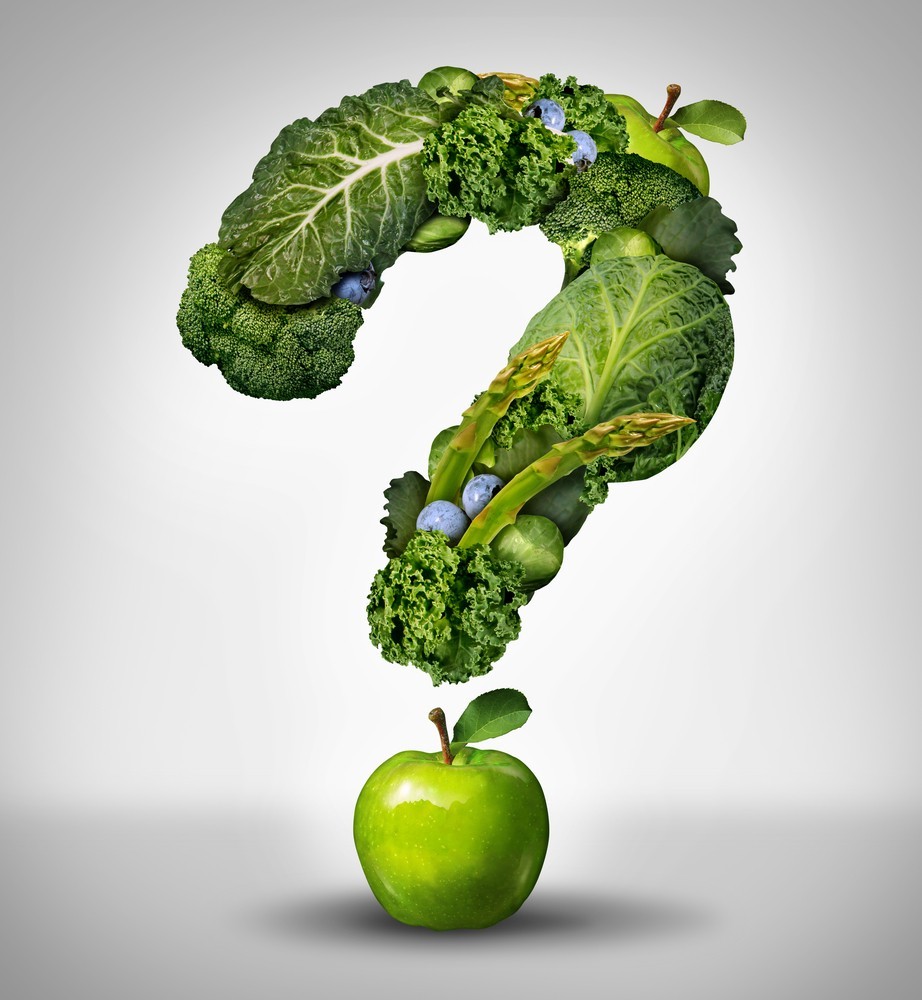 Forget super — no food is even universally “good.” As in, good for everyone, in large amounts. Not one.

Show me any food on Earth. I’ll show you a surprising number of people who probably shouldn’t make it a staple.

You already know about lactose and gluten. There are five billion people (two-thirds of everyone) who may get gastro-irritated from milk, which is high in protein, calcium, potassium, selenium, riboflavin, and vitamin B-12.

Solid stats. But if milk gives you a stomach ache whenever you drink it, it’s not healthy for you.

Likewise, whole wheat is high in fiber, several B-vitamins, and lots of minerals. But for the one percent of people with Celiac, according to a 2010 review in Nature, “a strict life-long gluten-free diet is the only safe and efficient available treatment.”

So far, so cliché. But in a very real sense, any food is a foreign substance entering your body.

Roughly eight percent of all kids and five percent of all adults (we’re talking hundreds of millions of people) have food allergies — and many are to “good” and “healthy” foods.

Some of the most common food allergies are to fish (a.k.a. “the healthiest non-plant”), crustaceans (shrimp, crab, lobster), peanuts, tree nuts, wheat, soy, eggs, and milk.

These allergies cause people…oh, wait. I almost forgot.

There are two more foods groups that commonly cause allergies.

Maybe you’ve heard of them: fruits and vegetables.

That’s right. After milk and shellfish, a 2010 study of Canadian adults found that fruits and vegetables were respectively the 3rd- and 4th-most-common food allergies.

Apparently some people are allergic to health.

Seeds can provoke especially severe reactions (though studies suggest it’s not due to sprouting into plants inside you).

The point is, any food can be an allergen.

And if you’re allergic to a food, no matter how fresh and organic and volcanically erupting with antioxidants it may be…then it’s not healthy for you.

Sorry to burst your superfood.

Still not convinced? Here’s my ace in the hole.

Can the “healthiest” foods be unhealthy?

What’s the healthiest food on Earth? What do people say? (Humor me.) Probably a green vegetable, right? Can we say kale? Is that a safe bet? Maybe broccoli? Brussels sprouts? How about all three — kale, broccoli, and the sprouts of Brussels. Can’t go wrong here.

Each of this sainted trio is a cruciferous vegetable — a plant of the Brassica genus, which includes lesser hall-of-famers like bok choy, collard greens, and turnips.

Cruciferous veggies were superfoods before the word existed. They’ve often been associated with a reduced risk of cancer, heart disease, and death. Good luck naming a more immaculate food group.

And here it is…

For many people, large and regular amounts of cruciferous veggies are probably not “healthy” or “good” or “fine.”

I speak of hypothyroidism, a disease where the thyroid gland (base of neck) spits out too little thyroid hormone (many important functions). This can cause heart disease, obesity, joint pain, and infertility.

Cruciferous vegetables contain goitrogens, which are substances that mess with the thyroid gland. People with healthy thyroids probably have nothing to lose — and everything to gain — by eating gobs of cruciferous veggies every day.

(Well, as long as they’re not iodine-deficient.)

But if you have hypothyroidism, many medical professionals will actually tell you to avoid overeating kale, broccoli, and Brussels sprouts.

There is evidence — in humans, not just mice — that regular, large amounts of several types of raw cruciferous veggies — like Brussels sprouts, certain collards, and a type of kale — could cause problems for people with hypothyroidism.

This isn’t some fringe disease. Based on the results of a famous 2000 study, there are roughly 1.3 million Americans with overt hypothyroidism (mostly undiagnosed) — and another 27 million with subclinical hypothyroidism (which puts you at risk for the overt kind).

We don’t really know how deep the rabbit hole goes with thyroid problems.

And the numbers may be even higher overseas. Hypothyroidism is way more common in India, for example.

The point is this. If you can’t even say kale and Brussels sprouts are definitely healthy for everyone, then no food is.

Skeptics will say that even people with hypothyroidism would have to eat very large amounts of raw cruciferous veggies every day to cause problems — which no sane person would do.

For instance, no human would ever stuff large amounts of raw kale in a blender every morning and make a smoothie.

And isn’t the definition of a “healthy food” something we could eat as a daily staple — without potential health problems?

Listen to your body. Not people who prefix foods with ‘super.’

food life health science blog
4년 전 by logicalfatloss43
$4.30
77 votes
댓글 남기기 35
Authors get paid when people like you upvote their post.If you enjoyed what you read here, create your account today and start earning FREE STEEM!
STEEMKR.COM IS SPONSORED BY

Thank you for this. So we should know first if we have a certain condition to avoid those foods that are bad for us. Never eat a food in a large amount just because some said it is healthy.

Hey Joseph, thanks for reading. Exactly...nutrition is way too complex to make blanket statements (even about green vegetables).

Listen to your body.

The basic principle of toxicology is that everything is toxic. It comes down to a question of dose and duration. This is true for every substance, whether it is water or mercury, drink 6 litres of water in less than 30 minutes and you die, take a tiny amount of mercury and you die.

True. The dose makes the poison. But the same reasonable quantity of a given food can be "toxic" for one person and "healthy" for another. The most relevant factor here isn't dosage per se, but nutritional genetic compatibility.

I guess as humans we just tend to tag stuff, name it, describe it. We are addicted to it. And so since natural foods are "healthier" than processed or chemically loaded stuff, we classify or tag it as "healthy". Of course this doesn't fit for everyone. Everyone is different, and many people have health conditions that make some foods bad for them, a.k.a. unhealthy! Maybe abusing some of the already unhealthy stuff is what causes some of these conditions? Moderation is key, and definitely listening to our bodies. This is not an easy thing though. There's so many factors and variables involved.

Thanks doodle. I am a huge proponent of eating a whole-foods diet. I was just tired of some foods receiving blanket immunity from all possible harm (cruciferous veggies) while other healthy whole foods (fruit, unprocessed meat, brown rice, etc.) are continually thrown under the bus. No food is universally healthy (though some are probably universally unhealthy).

No problem, glad you liked it!

No problem! Glad you enjoyed it.

A very different aspect of super healthy food. Your article made me look through different angle about the so called nutritious food 🙂🙂. Very informative particularly about the cruciferous veggies like broccoli, Brussels sprouts etc, which aggravates hyperthyroidism as one of my close aunt has recently been diagnosed with the disease. So thank you for sharing this information

Thanks, I'm glad you liked it! Send it to your aunt:)

Thank you for replying :) Sure i would definitely share this vital information to my aunt. thank you for the post once again, it surely gave me a different perspective about the healthy food especially broccoli as i often consume it as a very healthy option and never thought it could have some very ill effect to certain disease like Hyperthyroidism. keep sharing such informative post. Have a great day :)

@logicalfatloss You speak with great knowledge, are you in any way a professional nutritionist, o have some personal questions i would love to ask, however about a food being the best i believe it is also very dependent on your DNA base coding(gene). The kinds and structure s of proteins formed differ in totality from one individual to the other, hence the amount of calories required by one to do a work differs from another person, hence what is okay for Mr A isn't enough for MrB. But the fact remains, vegetables are very good generally.

Thank you crystan! I'm not a professional nutritionist. But I've read thousands of nutrition papers. Ask me anything you want and I'll do my best to answer it! I agree with you: nutrition is individualized and vegetables are generally very good.

Hi. The placebo effect. what harms food, does not necessarily harm others. I am more, in the power of the mind. What you have in it influences the feeding. Previously, I suffered from alleic synositis and also with a deviated septum. I started reading about the power of the mind and I was writing about the emotional component. What does he mean that he can not smell? and so I studied until I hit the spot. Today I do not get allergies and when I cover my nose I start by asking questions. I love writing about this topic. I recommend you read several books on this subject that appear online and are free. regards

I agree. Mindset plays a huge role in just about everything. Congrats on getting over your sinus issues!

Good point about listening to your body but the argument was kind of a hyperbole. Yes, if something is an allergen to you it's no longer healthy but that food could still be healthy for the general population. It's statistics and how you define your outliers.

resteemed
keep up the good work
:-)

Still though, Id prefer my vegetables in large quantaties than copious amounts of high saturated fatty foods, highly processed foods and high in sugar treats. People who “poo-poo” fruits claiming the glucose is just as bad, in my mind, are the real idiots in this equation. Like all things in life, moderation is the key. No ones perfect, and ultimately we are all stuborn people. Before mass industrialisation of food, we all ate lots of vegies and rarely would have eaten meat.

Yeah I'm all about unprocessed whole foods of every form. The point of this post was to be an antidote to the idea of a "superfood." I agree with you wholeheartedly about fruits (and about people who slander them).

Great post! Listen to your body. If some food makes you feel bad, it's probably bad for you no matter how healthy it's supposed to be.

Congratulations @logicalfatloss! You have completed some achievement on Steemit and have been rewarded with new badge(s) :

couldn't have said it better myself - have an upvote, on the house. :D