When the US prison system created more terrorism in Iraq

3년 전
adamkokesh73 in freedom
Locking someone in a cage is never justice. It’s only a punishment or justified isolation of someone who’s a danger to others. Even for its stated objectives, a punitive prison system is a dangerous and ineffective tool… I wrote this in my book FREEDOM! About the prison system in America, but occasionally something will remind me of the prison scandals back in Iraq.

I remember when the news about the Abu Ghraib torture scandal broke out in 2004. I was on deployment in Fallujah at the time and I clearly remember, as a Civil Affairs marine, having to stare down crowds of angry Iraqis the day after the scandal broke on international TV. I even saw the prison for myself when we convoyed there briefly. That was only one of several US-run military prisons in the country. The military industrial complex and the prison industrial complex got married in Iraq. 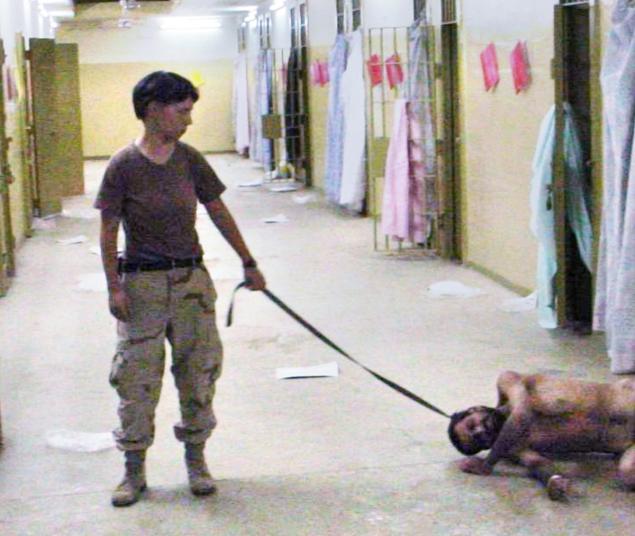 Apart from my sad realization that torture and prisoner abuse was actually happening all over the country, something else terrible happened: yesterday’s detainees became tomorrow’s terrorists. One petty thief who became radicalized in prison was Abu Nuwab al-Zarawi, an al-Qaeda in Iraq commander we were hunting. Another petty criminal turned jihadist would go on to found ISIS.

Iraq is the place where the military industrial complex met the prison industrial complex, and to horrifying results. The US military prisons in Iraq were being called “jihadi universities” because people with weak or suspect ties to terrorism showed up as bewildered detainees and left as hardened Islamists, more ready than ever to wage their holy war against the occupation authority. Concentrating large numbers of terrorists and insurgents gave them the ability to network, coordinate, and educate. The cases of only loose association or mistaken identity became easy recruits for Al Qaeda.

Psychologists Jesse Shapiro and Keith Chen find that it’s possible, and statistically verifiable, for prison conditions to further harden criminals. By studying the post-incarceration behaviors of 1,000 federal prisoners, they conclude that “harsher prison conditions cause higher rates of post-release criminal behavior, behavior which is also measurably more violent.” The Economist backs this up with testimonies from ex-convicts in American prisons, noting that many of the abusive correctional officers are ex-military, and in their perceived role as strict disciplinarians, the guards utterly fail to protect inmates from other inmates.

In my book, I write that the machine of government “justice” convicts people of victimless crimes to keep the police busy, keep politicians and their sponsors happy, and provide a flow of bodies into the prisons. The more we question the assumptions of modern prison systems, the more aware we are of their disastrous effects. The effects of that prison system were particularly disastrous in Iraq. With the triple grievance of foreigners invading their country, arresting them by mistake, and being subjected to “enhanced interrogation” techniques, combined with the uncertainty that comes with indefinite detention, it’s no wonder the military prisons became universities for terrorism.

Just as politicians make nonviolent offenders into criminals with their laws, and then those offenders become hardened criminals in the prison system, we were creating hardened thugs in Iraq. Just as the war on drugs made every pot smoker a federal criminal, enforcing a policy that all military aged males must remain in a city as its being bombed by C-130 Specter gunships was creating insurgents in Iraq faster than we could kill them. The images of those detainees at Abu Ghraib were like gasoline on the fire that was already burning from Basra to Kirkuk.

The way forward for America is a complete rollback of the present system of government and empire. The American government has a mass incarceration problem in which too many people are violently torn from society in a way totally out of proportion to the “crimes” they committed. The American government also has an “empire problem.” A government with 900 military bases in over 130 countries is not fighting for your freedom. It is an empire. I was one of the occupation troops. The sick marriage between the military and prison industrial complexes made an incredibly bad situation even worse. I am the author of FREEDOM!, a book endorsed (I mean banned) by the US Department of “Justice.” You can get a copy here. I’m running for Not-President in 2020 on the platform of the peaceful, orderly, and responsible dissolution of the United States federal government. You can find out more here. I am currently on my #TaxationIsTheft tour! You can find an event near you here. Whoever has the top comment on this post after 24 hours can claim a free signed copy of FREEDOM! by sending me a message with their address.

freedom activism anarchy politics taxationistheft
3년 전 by adamkokesh73
$50.35
109 votes
댓글 남기기 19
Authors get paid when people like you upvote their post.If you enjoyed what you read here, create your account today and start earning FREE STEEM!
STEEMKR.COM IS SPONSORED BY

An excellent piece of writing, I sure hope many people supporting the industrial prison and prison economy would understand the facts you have shared with us here. Sadly, I have the feeling the might feel a bit too invincible to get it...

Great job, if at least some people can start to understand this, maybe you will have also convinced some to keep their money away from Prison Inc.!

Simply put. Brutal treatment brutalises and create brutal others who brutalise others. The cycle must cease if the Cycle of Violence is to end.

Fine post about another development (or devolutionary step) of the USA. The ongoing privatization of prisons has nothing to do with justice. It's singular purpose is profit, and that actually results in more injustice.

The problems are systemic; therefore, minor, incremental changes will have no effect. The country needs systemic change. That's tough to come by, and often it is not achieved without revolution. It will be interesting to see what changes will be brought about. And a little unsettling.

Keep up the good work in the struggle for systemic change. And Full Steem Ahead.

The prison system creates chaos enternally as well. Most of my friends (US citizens) have been to jail for atleast one night and we are all good people that have made tiny mistakes. But, the US system is to lock u up and take your money until u prove you innocence or slip up again. Then after youve been in the system good luck finding a respectable job. What do people do when they are broke with no job?.... Turn into hardcore criminals. Excessive imprisonment creates criminals instead of rehabilitating.

It is very sad to see these facts ans a photo like that. Great work. Keep it up

I find the most dehumanizing aspect of the American history of Gitmo is that we hold people for decades without charge nor trial, but that is not enough if the victims try to kill themselves by hunger strike their basic dignity to some choice is denied by force feeding them. You dont want them to hunger strike give them basic rights.

Small world. I was Gen Karpinski PSD briefly in 03, she went to dang near ever prison in Iraq. They where all train wreaks. I also ran route security outside Falluija in 04 05. I used to duck in Camp Falluija for chow now and again.

This is really pathetic.

Thank you for reminding us and keeping the awarness up.

We cannot really tell who's saint and who's not

This is why we can count on the problem getting worse. Prisons are profit centers, and the best way to increase profits is to increase crime. That's what prisons are really for.

Regarding Abu Ghraib, I remember reading a statement by Sy Hersch (sp?) to the effect that most of the info that he had uncovered about the scandal remained secret, and the worst thing about it was 'the screams of the children being raped while their parents were being interrogated."

I was on a grand jury once, and our counsel was an Assistant Deputy District Attorney, who eagerly supported the criminal justice system. A chance comment he made revealed to me that he had smoked pot, at the time illegal. I knew he lived to convict pot smokers, so I asked him how he could sleep at night.

He said, "I sleep in a big, comfortable, expensive bed." and smirked.

This is the enemy.

I want to say that it is indeed a privilege for me to read this awesome information. I am with you on this, I am pained to the bone with this prison system that US is practicing. The way and manner simple offenders are being maltreated and suffered as if they are no more human. Prisons should serve as punitive and thereby reinstate and correct an offender but no, with this system it harden and create bad blood in people. I cannot agree less with your points so far.
Great post, I have to follow you to keep tap of such message of freedom and respect to human dignity.
Thank you sir

There is a reason Alex Jones site is called prison planet. Us government wants to export their failed system around the world. Until the drug war ends no one is free.

I am so grateful you are here to show the world the truth!

This is very heartouching post.When i saw this post.......i am crying.

Beep! Beep! This humvee will be patrolling by and assisting new veterans, retirees, and military members here on steemit. @shadow3scalpel will help by upvoting posts from a list of members maintained by @chairborne and responding to any questions replied to this comment.

Congratulations @adamkokesh, this post is the seventh most rewarded post (based on pending payouts) in the last 12 hours written by a Superuser account holder (accounts that hold between 1 and 10 Mega Vests). The total number of posts by Superuser account holders during this period was 686 and the total pending payments to posts in this category was $2977.64. To see the full list of highest paid posts across all accounts categories, click here.