OK 5 minutes, and the prompt is SWING.

Today was a swing and a miss kind of day.

It started with breakfast. I decided I'd make blueberry pancakes. From scratch. I lined up all my ingredients on the counter and even "spoiled" my milk ahead of time with a little white vinegar. Sounds gross, I know, but I trust Alton Brown and it's his recipe. I mixed everything up using all the bowls and spoons because that's just how I cook and then decided at the last minute that some zest from the meyer lemon tree outside would be a perfect combo with the blueberries. I sent Alfredo out to pick a few nice ones and I grabbed the grater. I grated an entire lemon onto a paper towel and shook it into the batter but still needed more. I stuck my hand in to scoop out the cling-ons and out came an earwig. STRAIGHT INTO MY BATTER. What the fuck. It was still wriggling and just no. Waste not want not but fuck that. After Alfredo scooped it out into the sink (remember, I'm only afraid of them inside the house) I tossed the rest of the batter. No way could I eat it with the image of a wriggling earwig coated in pancake.

We then proceeded to toss the entire kitchen - all the cabinets and drawers were emptied. I'd love to share a photo but I had lost my phone in the mess at this point. And the absolute worst part of all of this? No other earwigs were found. Just my luck, the one time I have the motivation to cook an actual breakfast and the tool I chose to use had the one and only bug in it. UGH.

After skirting a melt-down, I tossed all the dirty pans and shit into the sink and tried again. Hard boiled eggs with hash brown patties thrown into the toaster. No way a bug could sneak past this meal! But as I was popping the patties up to grab them, I realized that anything could be in the toaster. It would just have to crawl in there and die when I shoved in bread or whatever and flipped it on. UGH. Alfredo has already left at this point so I decided breakfast was a loss and moved on with my day. I still had eggs to do something with. Maybe egg salad...

And then! Alfredo returned with In & Out. YESSSSS. And in the meantime, turned off the eggs prior to it ever reaching a boil. So now that's two breakfasts I threw out.

The last and final miss of the day occurred just a few minutes ago. We decided to take apart a display ladder to rebuild a bench or something. Ladder is too heavy to use at events and too bulky to just sit and gather more earwigs in the yard. I set about removing screws and just as the last screw of the hinges popped out, the half closest to me fell on my head. Alfredo had grabbed one side and then moved to the other so I thought he had both....but apparently not. My head had it, though, thank god for that. The super heavy reclaimed deck wood wasn't damaged a bit, lol.

I didn't black out or see stars, so it wasn't that bad but my neck is already a little sore. UGHHHH.

And that was more than 5 minutes for sure, but I still can't find my phone and I'm too lazy to find one online. I hope the earwigs haven't carried it away somewhere. These things are like the cockroaches of the mountains.

I give up on today. This is my last "assignment" and then off for relaxing and trying not to move my head around too much. Hope your day was more successful than mine!

Oh shit, the selfie part. I can't even remember the prompt anymore. Maybe I did get hit harder than I thought....
Ummm.

OK, not a recent selfie but I hope it still counts! The injured shouldn't have to show their current face, lol. Here I am, swinging off of Mt. Ogden in Utah - via ferrata style. 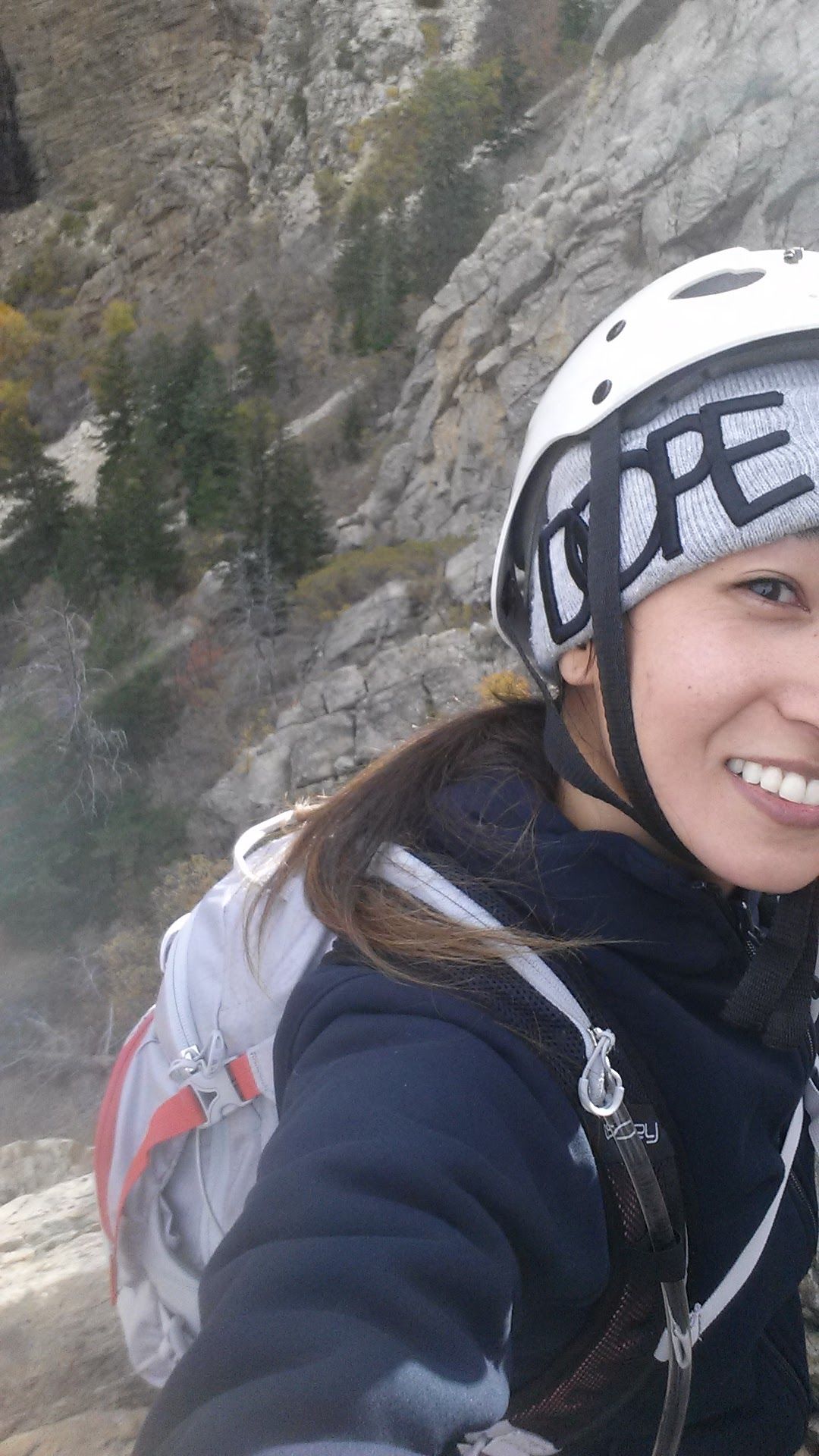 freewrite selfiecontest socalsteemit badday fun
3년 전 by madpotters51
$3.00
23 votes
댓글 남기기 9
Authors get paid when people like you upvote their post.If you enjoyed what you read here, create your account today and start earning FREE STEEM!
STEEMKR.COM IS SPONSORED BY

Oh my! Those creepy crawlers are on your shit list! Diatomaceous earth around the perimeter! Sorry about the bad knock on your head. That sucks. Hugs.

That’s definitely not a good way to start the day. Hopefully, it ended better.

figured it was OK to call it quits on being productive and just relax for the remainder. as soon as i finish replying to comments on steemit, I'm doing yoga. I just remembered now I was supposed to do it first thing, but I needed coffee before anything.

Your stories sound like my life. Although I would never toss breakfast over an earwig

I just couldn't! I know bugs will be the food source of the future, but there's no telling what these guys have been munching on. And now that they are reminding me more and more of cockroaches, the fear is coming back lol. I started putting out traps at night, and the fact that I'm catching what looks like 100 a night, I feel itchy all the time.

Earwigs like to cluster together and they like damp, shady places. If you have a woodpile near the house, move it. General tidy up of all things organic and shady should get them to go and cluster somewhere else

We've got our cannabis plants staged near the house before they go into flower. Which means they get covered with a blanket and a light goes on for them until midnight. That's where they all congregate. Just recently took apart the wooden ladder that was supporting the light to find a shit ton living in between the joints so I think that will help some. Unfortunately, this baby has a few months more of this light cycle so I put some oil in tin cans out last night to catch as many as I could. Its absolutely disgusting. Gotta find a better way to cover the light, I think. I've also sprinkled diatomaceous earth literally everywhere so it looks like a kilo of cocaine burst on my patio. I've got too many shelves holding pots to be able to really clear out the area underneath the roof though :(

I hate earwigs! What an annoying find! I hope you feel better!
Followed.

xoxo thank you! Ive set some traps and after a few nights I think it's really helped. Followed back.

I hope so! They are so insidious. Thanks for following!