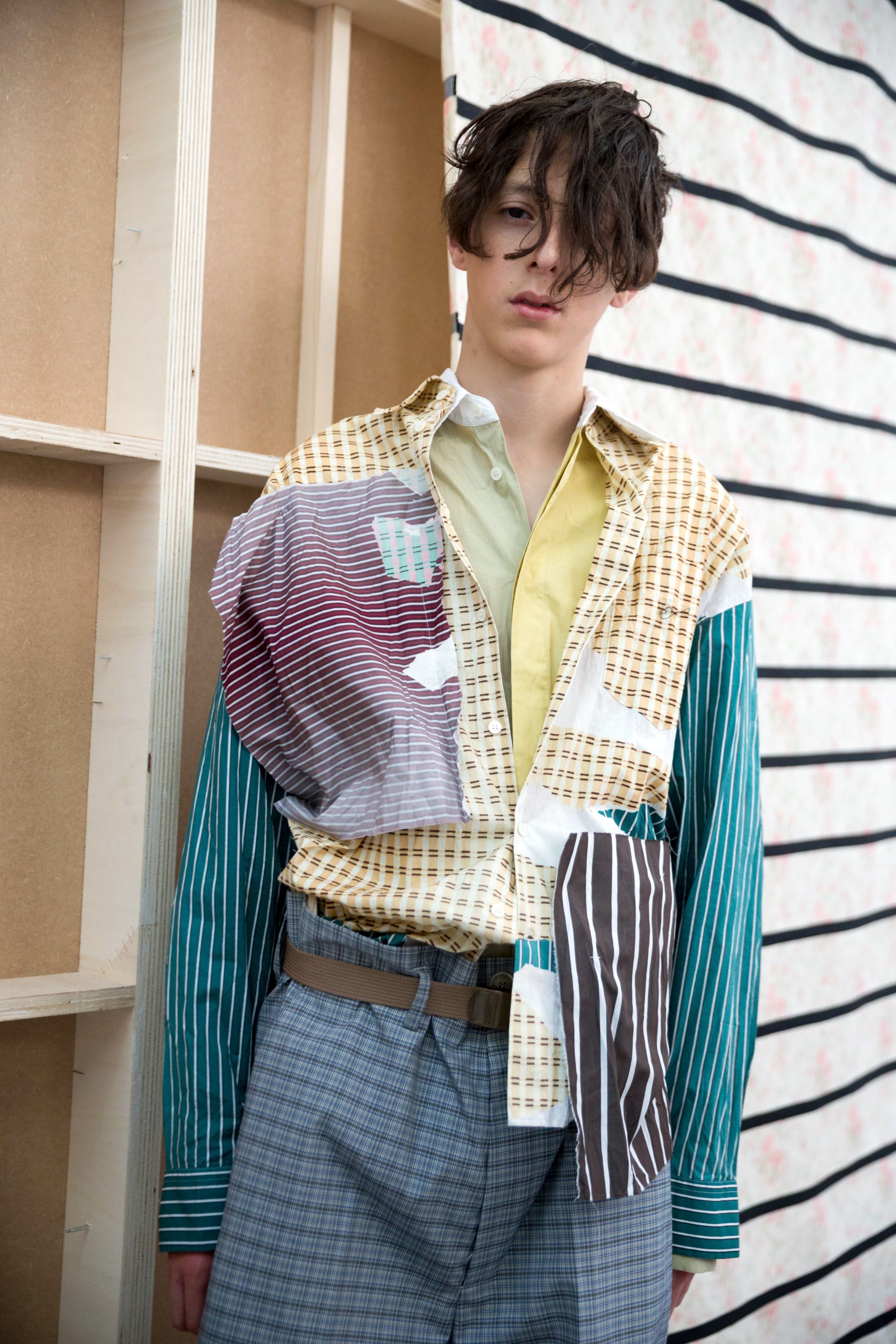 The lone survivor of a hurricane, this brave man decided to walk the MARNI spring 2018 show in Milan. Not only was he visibly disheveled and looking like shit, his gait was also jumpy and agitated.
Yes, this is what MARNI had to show.
I mean honestly what the fuck is this?!
Did he get run over by a lawn mower?!

Its like these people walked out of a zombie apocalypse, or got torn to shreds by teenage girls who mistook them for a C-grade celebrity. The teenage girls didnt spare this one either. OH THE HUMANITY! This is a human rights violation on display. I can almost picture the mob that was trying to lynch these models. I'm so sad they didnt succeed.
But on a serious note, these tatters and ribbons and loosely tied sarongs are what MARNI is selling for yes, my friend you guessed it: the rough equivalent of both your kidneys.
The second theme on the catwalk was doodles. The other half of the models who walked down the ramp seemed like they got gang banged by Crayola. 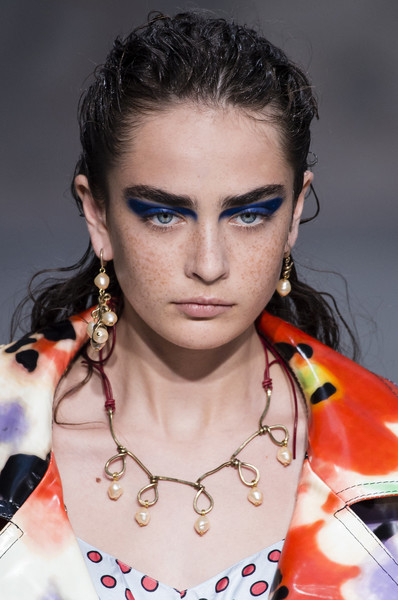 Ah! art. The supreme finesse of a gaudy doodled patch of flowers drawn by a four year old. Your toddler draws better and probably designs better dresses too. Either the head designer is visually impaired or has a stark form of autism mixed with a fucked up aesthetic sense.
It almost makes one wish Ted Bundy was alive and got his hands on the designer.
( Dont miss this tablecloth masterpiece ! One look at it will make you want to tie a noose around your neck. The shirt or whatever it is is shaped like an apron, so that if you hadn't vomited till now, here was a chance. Dont forget the boots; an ode to the model's father Ronald McDonald. 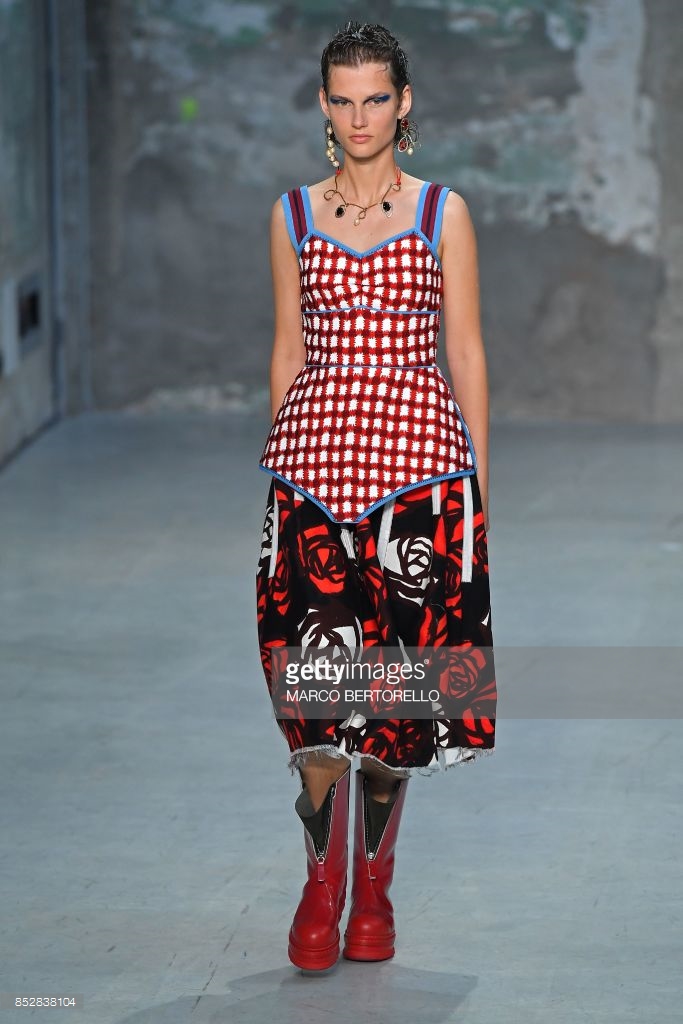 I have a feeling this chic dines here: No wait, she doesn't dine she's bulimic. Bulimic and proud ! This is the modern chic ladies and gentlemen! Easily fooled into wearing an oddly fitting gingham dress for a wage so low, that even a homeless person earns more in a day than the model does in a year. Theres some starch on the dressed too it seems, they sway left and right over the bodies of these mob survivors. That or maybe, they used actual shit material because as a gay designer with pink hair would say
:"Darling, its all about texture this season, gingham,burlap, fungal leather, real tissue paper, foil. It's all in baby......... and hurricane survivors love that look, torn and shredded bleary eyed and half dead.oh yes!"

This isn't fashion. This is abuse of position, an abuse of the brand's name. I'm not just making fun of this for the sake of it. If anything Elie saab did it great this year. But MARNI?! NO. JUST NO.
If anyone did it right, and deserves applause it was Elie Saab: 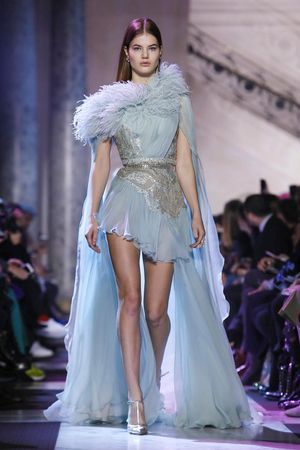 Yes, this is the quality people deserve not some ten penny crayola kaleidoscope and clothes that seems the model got run over by a bus. ELIE SAAB IS THE ANSWER! (I own none of the images)

funny life
3년 전 by atomickacha32
$0.00
댓글 남기기 0
Authors get paid when people like you upvote their post.If you enjoyed what you read here, create your account today and start earning FREE STEEM!
STEEMKR.COM IS SPONSORED BY