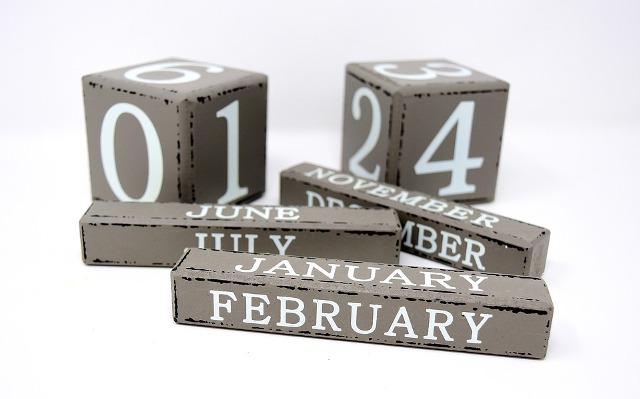 Poor February. It’s not just the coldest and least liked month of the year but the shortest too, thanks to the overrated wisdom of the Roman Emperors. I’ve heard many theories on how February came to have 28 days and they all have one thing in common – Romans.

One theory argues that February was once a happy but cold month minding its own calendar business before Emperor Augustus Caesar stole one of its days. It’s said he did it just so he could add an extra day to the month of August, which bore his name. After all, July, which bears Julius Caesar’s name, had 31 days, so why not add an extra day to your own month for ego’s sake? I can picture the emperor in his magnificent splendor, and a brain between two leafy parts of his crown, summoning the Roman court to deliberate on such a critical state-of-the-empire matter.

The Monthless Winter
Poor February was not always a lucky month back then. It came in winter, which was a nameless period of time largely ignored by every Roman. Winter was in fact a useless period that never featured in any planting or harvesting timetable. If you asked a Roman in winter, “Which month is this?” The typical response was, “No month yet.”

The 10-Month Years
To put things in the correct perspective, let’s go back to the original Roman calendar, the granddaddy of our Gregorian calendar. For your information, the Gregorian calendar is the same modern calendar that dictates when your next payday or mortgage payment is due. Its ancestor, the first Roman calendar had 10 months instead of the twelve. That meant 10 monthly paydays in a whole year. After all, which right thinking employer would pay for work, if any, done in a nameless period? It would be a bookkeeping mess.

The 10-month years ended in 713 BCE when King Numa Pompilius, bless his wisdom, finally realized that a “monthless” winter period was indeed a stupid idea. The empire could no longer afford to ignore close to one-sixth of each year. So the king summoned his best mathematicians, astrologers, and the Ministry of Labor (if they had one) and came up with a 12-month year covering 355 days. That’s how January and February were born. February was made the last month of the year in the newly reorganized calendar. It was also the unlucky month to host rituals for the dead.

The Unlucky Even Numbers
A major problem arose when the king realized that all the months in the newly created calendar had even number of days. If you are not familiar with Roman superstition, “even numbers” were considered extremely unlucky. Any number divisible by 2 was classified in the same category as a black cat crossing your path or walking under a ladder. Seeing how unfair it would be to expose the world to endless bad luck all year round, the king, in his superstitious wisdom, asked for a reorganization of all the 12 lunar cycles of the year. He ordered for a new set of months with odd number of days.

The task was a mathematical nightmare because the total of any even amount of odd numbers will always be an even number. Keep in mind the total number of days in the lunar year had to remain 355 - no more, no less. The only practical solution was to leave one month with the unlucky even number of days. The king chose February as this unlucky month. It was, after all, the last month of the year and hosted the Roman rituals of honoring the dead – a rather morbid and not very lucky affair.

If you had to have an unlucky month in your calendar, the most sensible thing would be to make it as short as possible. Why drag misfortune for far too long? So poor February was allocated 28 days only, with an extra day after every four years but that is a more complicated story for another day.

Julio to the Rescue
The short cold month of February got a respite in 45 B.C when Emperor Julius Caesar ordered an expert to transform the original Roman calendar into a sun-based date system similar to the Egyptian calendar. In the process, 10 more days were added to the calendar creating a 365-day year. It is said Caesar was even kind enough to bless February with an extra day making it a 29-day month. However, the extra day was later stolen by Emperor Augustus and added to the month of August to make it have the same number of days as July, the month dedicated to Julius Caesar.

Short and Bittersweet
What the Roman Emperors didn’t realize was that a shorter February means a quicker payday in the modern times. The bills also come a little bit faster too. (Behold your misdeeds, ye Romans!). Whatever the case, February has a way of keeping things short and bittersweet. It boasts of Valentine’s Day among other lovely things. So go on and have quicker and luckier end of February.

Disclaimer: This article is based on a disproportionate mix of myth and scientific fact. It is intended for general information and entertainment rather than academic purposes.

funny life story blog busy
4년 전 by lifeline33
$0.17
5 votes
댓글 남기기 5
Authors get paid when people like you upvote their post.If you enjoyed what you read here, create your account today and start earning FREE STEEM!
STEEMKR.COM IS SPONSORED BY

This post has received a 0.18 % upvote from @drotto thanks to: @banjo.

What a fun and entertaining read.

We invite you to use our tag (#newbieresteemday) to connect with more of our members. To learn more visit: Come Join Us!!! (Newbie Resteem Initiative)

Hey great! Thanks @bashadow! Rushing to the Newbie Resteem Initiative right now. My appreciation to abh12345 and the awesome Steemit Curation Leagues too. Thanks for the compliment too.