Not Again You Silly Little Bot!

We are working on building some more things since we have to pay for the dang server space anyways.

I'm thinking we launch @steemthatyes again as the cat facts annoying comments maker just for the new year. When people use the Auto Share Feature Maybe We Could Have All 6 Special Curation Accounts Launch A Cat Fact War On Someone! 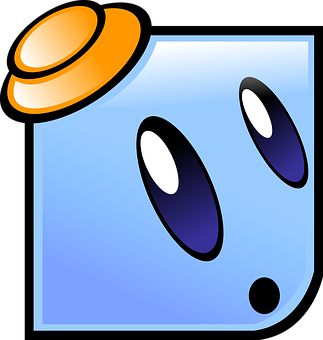 ALL IN GOOD FUN OF COURSE AND JUST FOR THE NEW YEAR.

This would serve 2 purposes. One we could see how comments impact the natural ranking of content to be found by other users. Have a little fun with some members that are new that rarely get many comments. They can for a moment in time feel like a whale with notifications blowing up their device when they use the auto share service as they will get a vote form the curation specialists and also some comments about cats...HEHEHE

This might be too much but I think it would be kind of funny or the mad evil bot that talks smack and the catbot going head to head would be more funny... It might go something like this:

Cat Bot: Did You Know Cats Have 4 Legs?
FreakBot: Quit Lying Some Only Have 3 Legs?
Cat Bot: In Ancient Times Cats Were Used For Hunting.
FreakBot: You would know you old bag.
Cat Bot: When Cats Purr They Are Telling You They Love You 1000 x per second.
FreakBot: Are Cats All You Talk About? LAME!
CatBot: Once Cats Ruled The World.
FreakBot: Sure Sure Sure, Only You Care.

This will be funny for a day. I think I Will Work On Launching It...Maybe....Maybe...Yeah Let's Do It!

funny steemthat steemthatshare comments facts
3년 전 by steemthatyes39
$1.33
8 votes
댓글 남기기 2
Authors get paid when people like you upvote their post.If you enjoyed what you read here, create your account today and start earning FREE STEEM!
STEEMKR.COM IS SPONSORED BY

This might only be funny to me.... Surely people still have a sense of humor.

I did this once and really ticked alot of people off. I would not do it. Many people did not realize they were talking to a bot...